Whenever a new car debuts, be it an EV or running on fossil fuels, it’s usually bigger and heavier. We are pleasantly surprised to hear that won’t be the case for the new electric MINI. The next-generation model in electric guise will switch to a dedicated platform to bring all the benefits associated with bespoke EVs. In other words, it won’t be compromised from day one as is the case with the Cooper SE, which shares its platform with the ICE-powered models.

The British journalists at Autocar have learned straight from MINI the next electric car will be slightly shorter. That’s despite the fact its wheelbase will be extended by 40 millimeters (nearly 1.6 inches) for added legroom. In addition, the posh EV is getting wider tracks to further maximize interior space. It’ll be possible by using an electric-only platform with a much shorter front overhang. 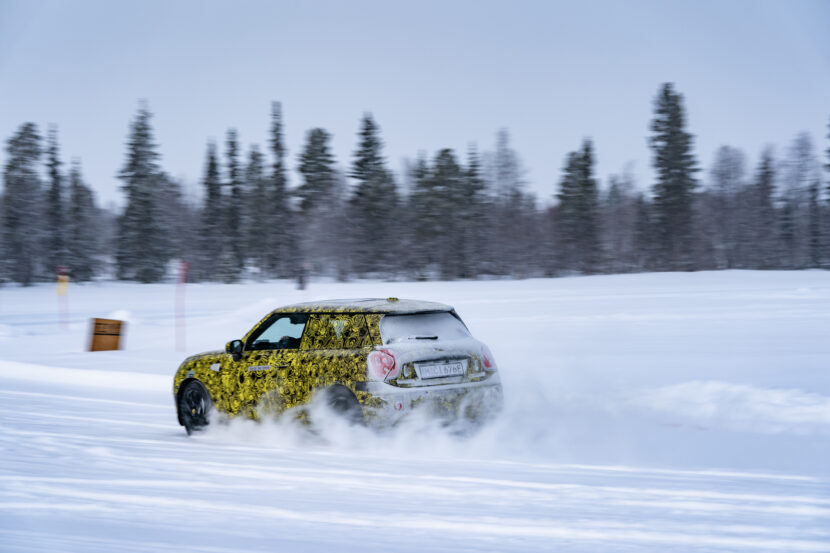 Although the ICE and EV models will look similar, they’ll be completely different underneath their familiar skins. The zero-emissions MINI is going to be assembled in China through the joint venture between parent company BMW Group and Great Wall Motor. The two have teamed up to build EVs in the world’s most populous country. MINI is handling all the development, but the car will be built with components supplied by Great Wall Motor.

Going down this road allows engineers to fit a bigger battery compared to the Cooper SE’s 32.6-kWh pack, of which only 28.9 kWh are usable. It’ll pay dividends in terms of range to go farther than the current car’s 144 miles (235 kilometers) per WLTP. In the United States, the stylish EV has been rated by EPA at 114 miles (183 kilometers). Even so, that’s still better than the 100-mile Mazda MX-30.

As far as the combustion models built in Oxford, MINI will sell three- and five-door hatchbacks, plus the convertible. They’ll all ride on an updated FAAR architecture already used for the 2 Series Active Tourer. In addition, the next-gen Countryman and BMW X1 will be underpinned by the same platform.

MINI will sell the conventionally powered MINIs exclusively with gasoline engines, some of which could have a mild-hybrid setup. The company has already ruled out diesels, much like plug-in hybrids.