Here’s Spring’s first sunset for the year (yesterday), at my campsite near Ajo, AZ: 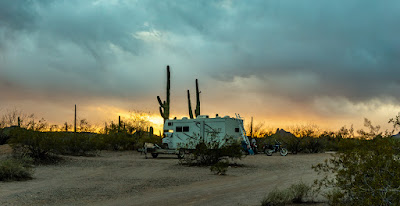 I must say, it’s been quite windy so far, this Spring….

That chore done, I drove to the Ajo Post Office to retrieve a care package from home and another from Amazon.

The best thing enclosed, and proof that my wife loves me, was four packages of Salt-Cured Ham.  Yummy. 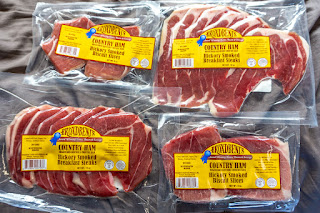 Along with a spare set of eyeglasses, there was also another item that I bought from Amazon but had delivered to the house.  I must say, when they say overnight delivery is an option, in this case it was same day!  It arrived at my house in less than 4 hours.

I ordered this 500 Watt Pure Sinewave Inverter to have on hand when my existing 600 Watt version bites the dust.  The existing one still works, but lately it’s been displaying troubling issues like the power switch taking several times to actually turn on. 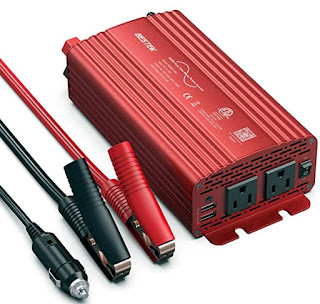 The new one is basically the same as the old one, just lower wattage which is fine given my power budget and solar set up.

On a different subject, another map I found at the visitor center in Ajo was for local Mountain Bike rides.  Turns out, I’ve done quite a few of the trails already as I explored the area on either Scarlett or Yagi.  (Mostly Yagi). 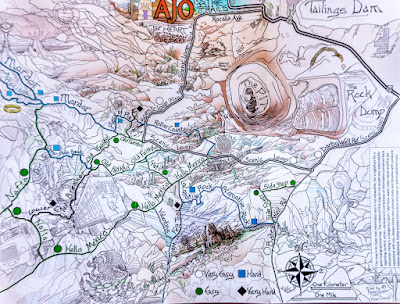 I show you the map as I find it entertaining, useful and humorous way to convey good information.  And yes, Yagi and I did ride to Mordor apparently!

I believe, I’ve ridden on the following trails, as listed in the map above:  Mordor, Piece of Pie, Nafta, Hello Mexico, Roller Coaster, the Scenic Loop, Sumpin’ Specialized, Locomotive Rock, and Side Step.

Didn’t do a whole heck of a lot today, though I did do some riding around noon to get pictures of the Ajo Peaks….the light seemed good anyways. 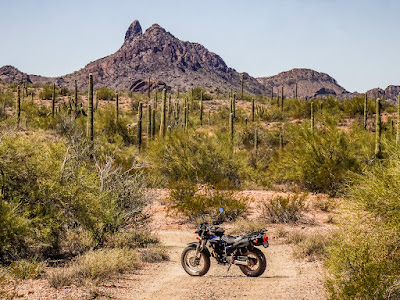 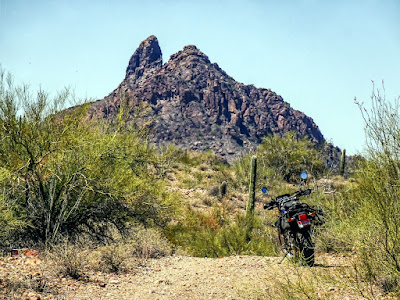 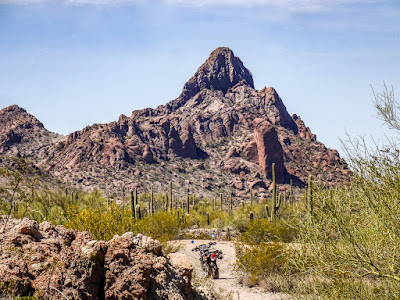 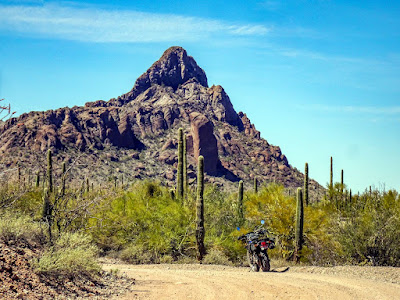