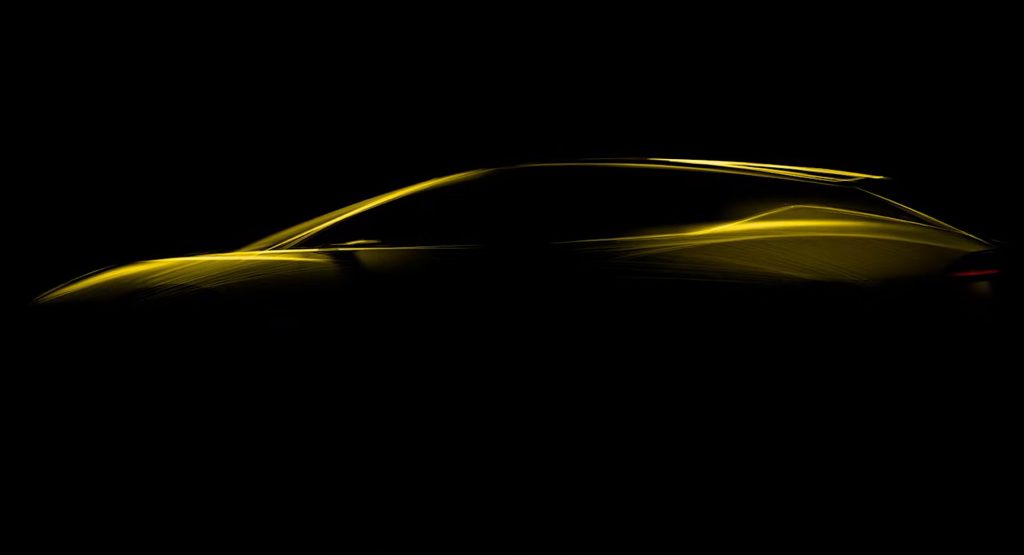 Lotus has released one final teaser video of its Type 132 SUV before the vehicle’s unveiling on March 29.

This video is presented by Clive Chapman, the son of Lotus founder Colin Chapman, and explains how Colin would have loved to have had the opportunity to design a vehicle like the Type 132 were he still alive. Towards the end of the video, we are offered a teaser image of the SUV, previewing its silhouette.

From this teaser, we can see that the Lotus Type 132 will have a very sleek shape. There is a flowing roofline, a steeply raked rear window, and rear-view cameras in the place of traditional wing mirrors.

Other teasers released by lotus in recent months have revealed that the rear of the SUV will feature a full-width LED light bar. Complex LED headlights will also be featured and likely take some design inspiration from the Evija and Emira.

Lotus has also teased the interior of the Type 132, revealing a small digital instrument cluster, paddle shifters, and touch-sensitive buttons on the steering wheel.

While Lotus is best known for developing lightweight sports cars with combustion engines, the company is now shifting towards electrification and the Type 132 will only be available as an EV. Lotus has not yet detailed the powertrain of its very first SUV but has previously said that its future EVs will have battery packs ranging from 92-120 kWh and that all will feature 800-volt technology.