AlphaTauri says Pierre Gasly’s failure in last Sunday’s Bahrain Grand Prix was “instantaneous” and is suspected to have caused by a battery issue.

Gasly was running among the top-ten at Sakhir with 13 laps to go when his car suddenly shut down and a fire igniting at the back of the AT03 as it came to a halt at the side of the track, which triggered the race’s late safety car period.

“I literally had zero warning, which is very strange,” Gasly said, quoted by Motorsport.com.

“It was an instantaneous failure, a total power loss electrically,” said the British engineer. “At the moment it’s potentially related to the battery, we don’t know exactly.

“So we’re still investigating. We’ve got to find the fault first, but one scenario is that we have to change a power unit element.

“One minute the car was running, and then it was off, total failure. We lost power immediately, the car stopped and we had a fire.

“The source of the fire could be things that were very hot not being cooled properly. We’ve had a look at it, there’s a lot of superficial damage.” 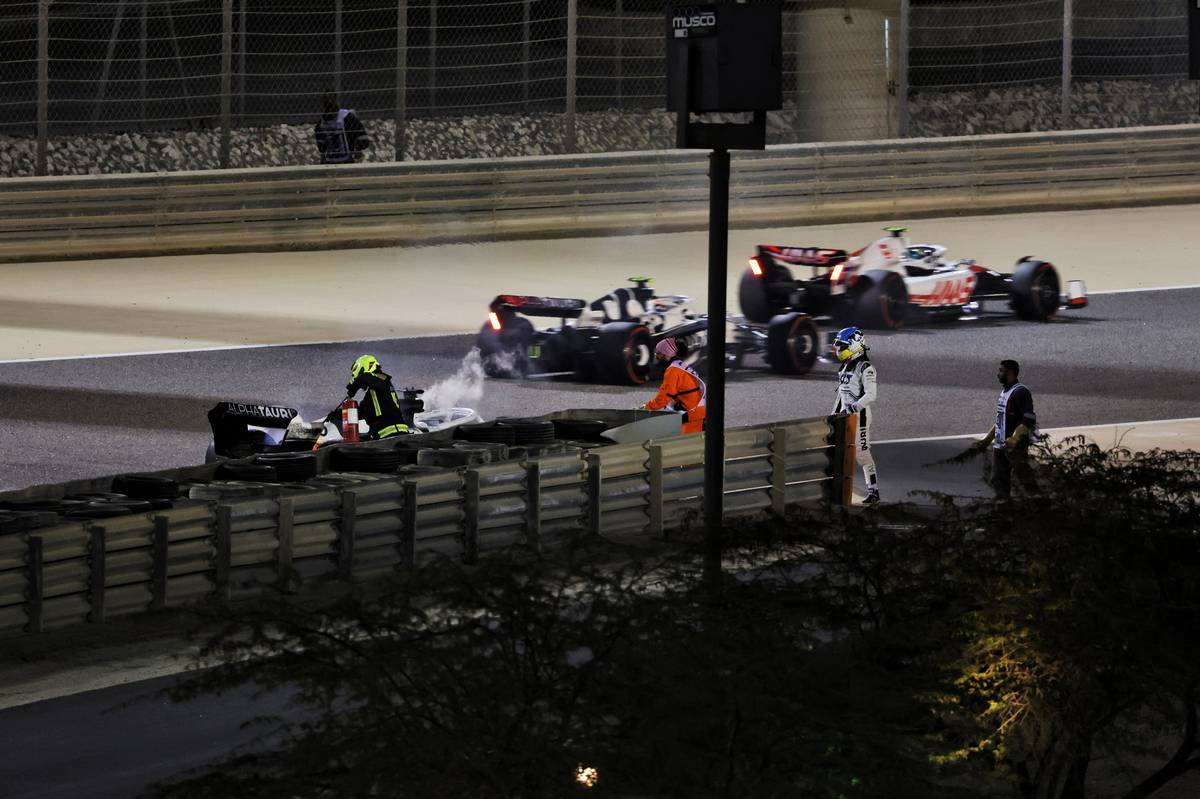 A wiped-out power unit energy store would guarantee a grid penalty for Gasly at some point this year as each car is allocated only two energy stores for the entire season and cannot undertake the remaining 22 races with just one ES element.

Regardless of the full extent of the damage suffered by Gasly’s AT03, Egginton predicted on Sunday evening a heavy workload for the Faenza-based crews ahead of next weekend’s second round of racing in Saudi Arabia.

“We’re still assessing, but as a minimum the rear suspension will be new, a lot of the wiring will be new, the bodywork was singed,” he explained.

“We’ll assess the battery, we’ll assess the ICE, because there’s a lot of fire extinguishant gone over the car. Worst case, it’s a power unit element and a chassis, but at the moment, it’s too early to say.

“Anything that’s connected to the power unit or the gearbox would have got hot, the fire was around the area.

“And again, everything’s had fire extinguishant all over it. So we could potentially change all these bits and send them back to the factory for full inspection.”