Helmut Marko says Red Bull was wrong in hindsight to ask Max Verstappen to exert caution on his outlaps in Bahrain as the call likely cost the Dutchman a chance to undercut race leader Charles Leclerc.

The Ferrari driver had built himself a four-second cushion against Verstappen when the first pit stop rotations began.

Red Bull brought the Dutchman in for a fresh set of soft runner after 14 laps and Ferrari followed suit with Leclerc one lap later.

The pair then fought wheel-to-wheel for several laps until Leclerc once again eked out a gain. But at the second round of stops, Verstappen was too far behind to challenge his rival, which led to a stern message from the Dutchman to his Red Bull race engineer Gianpiero Lambiase.

“That is two times I have taken it easy on the outlap and not been in front,” said a frustrated Verstappen. “I am never, ever doing that again.” 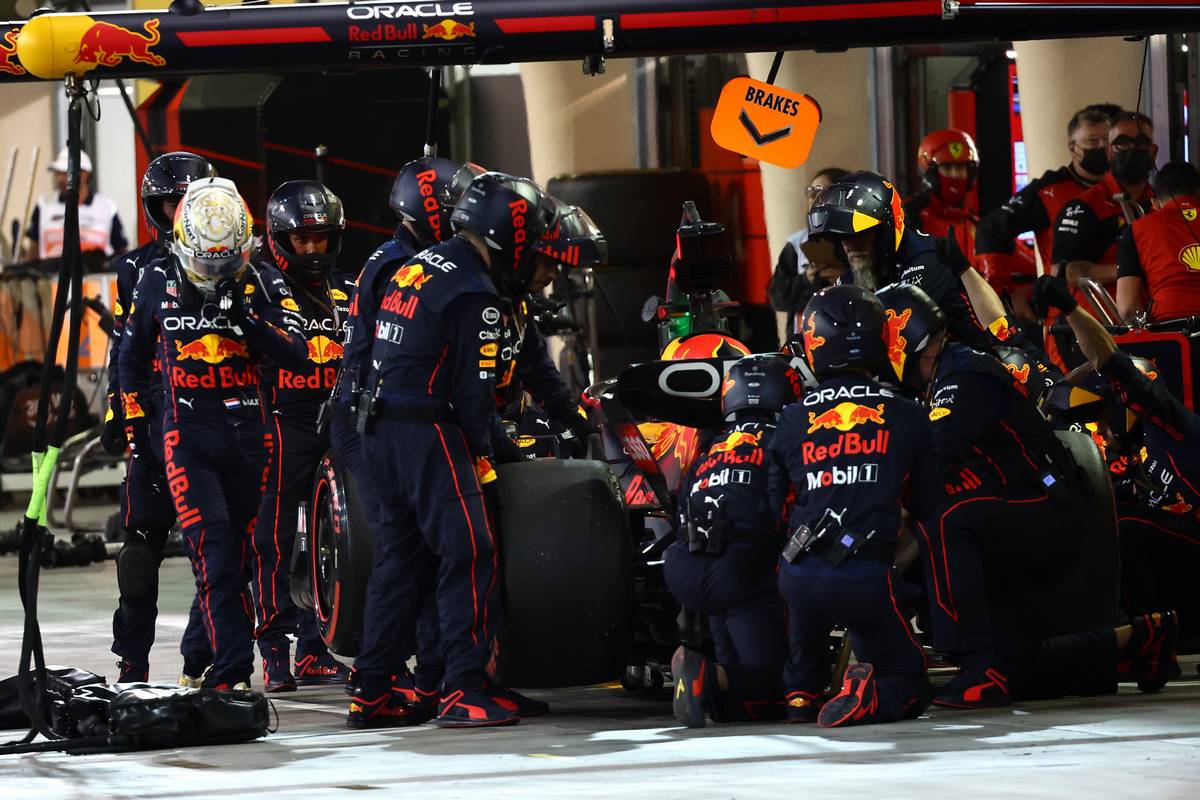 After Sunday’s race, Marko admitted that Red Bull had been wrong to ask its driver to rein in his pace on his outlap.

“It was all about the strategy from us. So it was our mistake, not Max’s,” acknowledged the Austrian.

“Max was actually told to hold back during his outlaps. If he had driven at a normal pace, he would have been in front of Leclerc. And when you’re in front, it’s a completely different story.

“But our tyre degradation was incredibly higher than Ferrari and the power of the Ferrari engine was very impressive as well.

“But still, if Max had been in front of Leclerc, maybe the story would have been different.”

The late safety car reset the race and offered Verstappen a potential final chance to challenge Leclerc, but a fuel pick-up issue thwarted his efforts, a fate that also befell his teammate Sergio Perez on the penultimate lap of the race.

Red Bull team boss Christian Horner echoed Marko’s comments and conceded that his team had underestimated the undercut. But the Briton reckoned that Ferrari’s edge in the tyre department would have protected Leclerc’s win.

“The problem is it’s always a balance, whatever you take out of the tyre early in the stint, you lose later in the stint,” Horner said.

“I think we underestimated the undercut, but I think Ferrari had the pace today that had we got that track position, they would have made the overtake. We just didn’t quite have that pace today.”