Bhavish Aggarwal, Co-Founder and CEO of Ola Cabs and Ola Electric recently tweeted saying that they are working on new charging technology through which the batteries would be able to charge from 0 to 100 percent in just 5 minutes. 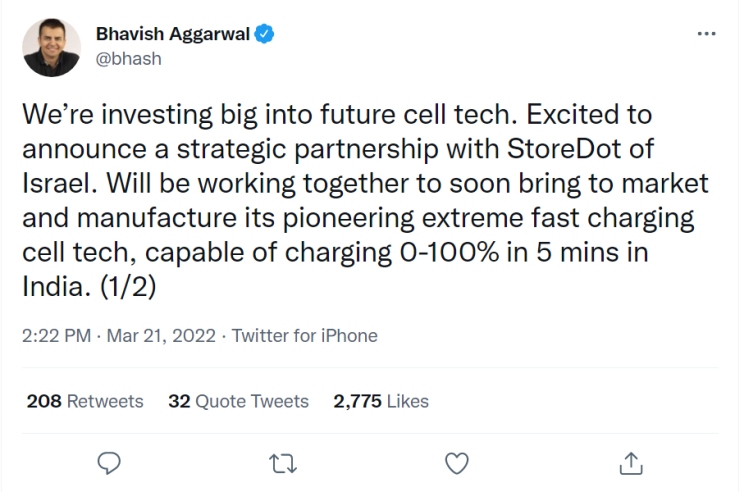 Bhavish also tweeted that they are working on an EV ecosystem. They are currently working on 2W, 4W and cell, and manufacturing a global scale. The company plans to set up a gigafactory for manufacturing cells in the country to meet the demand generated by Ola Futurefactory, the world’s largest 2W factory and has already submitted a bid under the Government’s PLI scheme for Advanced Chemistry Cell Battery Storage.

Bhavish Aggarwal, Founder and CEO, Ola, said: “We are committed to Mission Electric and to accelerate the world’s transition to electric mobility, our ambition is to build a complete ecosystem for EVs here in India. The future of EVs lies in better, faster and high energy density batteries, capable of rapid charging and delivering higher range. We are increasing our investments in core cell and battery technologies and ramping up our in-house capabilities and global talent hiring, as well as partnering with global companies doing cutting edge work in this field. Our partnership with StoreDot, a pioneer of extreme fast charging battery technologies, is of strategic importance and a first of many”.

StoreDot is currently working on mass production of ‘5-Minute charge’ EV batteries. The company is now also developing ‘2-Minute charge’ technology which they expect to be commercialised in the next 10 years. The batteries basically use a silicon-dominant anode technology which is a significant improvement over lithium-ion batteries as per StoreDot. This helps in reducing the charging times from hours to a mere 5 minutes.

Dr Doron Myersdorf, StoreDot CEO, said, “We are extremely excited to be entering into this strategic partnership with Ola. Both companies are committed to delivering a zero-emissions world, breathing clean air in our cities and ensuring that EV drivers never have to worry about charging times and range anxiety. Ola Electric’s plans to bring StoreDot’s extreme fast charging battery technology to India and manufacture for its range of EVs will offer Indian consumers vastly superior range and charging speed performance. We are also offering our customers a clear, hype-free technology roadmap that will extend far into the future of delivering 100 miles of range in just a 2-minute charge, within a decade.” 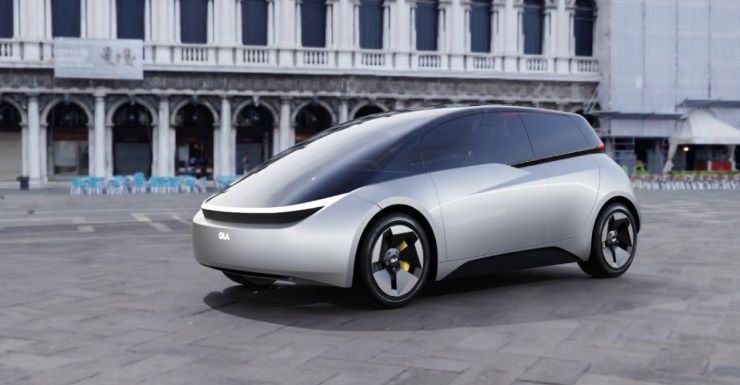 Varun Dubey, Chief Marketing Officer, Ola Electric said, “The four-wheeler plan is in play. We will do the full range of electric vehicles. We have right now launched with the S1 and Pro which are the first in our range of scooters. We are obviously going to do a mass-market scooter also. We are also going to do bikes.”