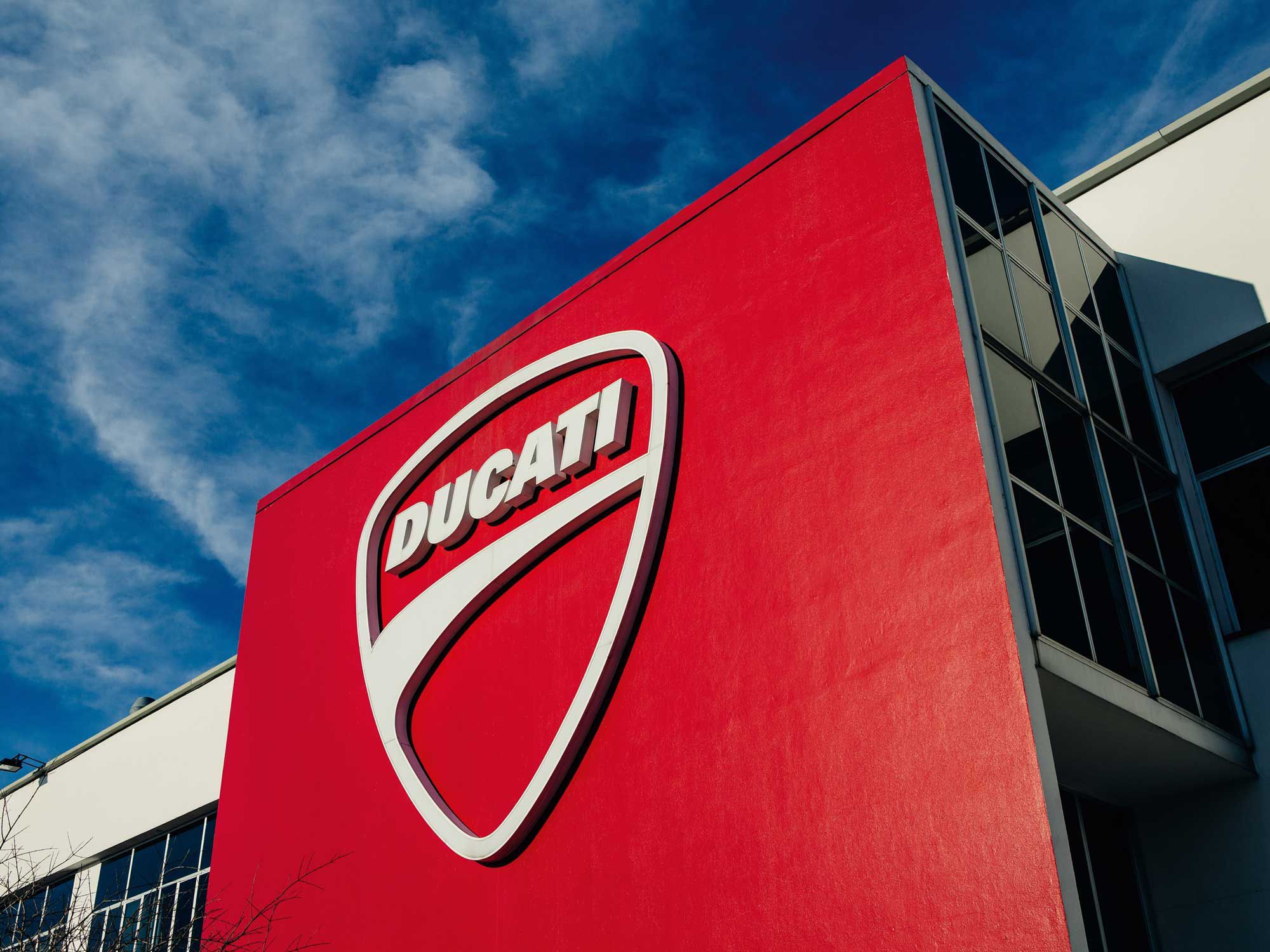 The Ducati headquarters in Borgo Panigale is where the ideas became a reality for the 2021 record-breaking year. (Ducati/)

Despite the supply shortage and worldwide pandemic-related difficulties across the sales team, Ducati has reported record revenue and operating profits for 2021.

The Borgo Panigale, Italy-based motorcycle manufacturer claims a record $970 million in revenue (including total sales of all motorcycles, other products, and services), 30 percent over 2020 and 23 percent over 2019.

Ducati also says it achieved record operation profits, or the total income from sales after subtracting operating expenses such as payroll, inventory, equipment, and rent costs while excluding gains/losses from interest, taxes, and investments.

“It is difficult to comment on the economic results without taking into account the ongoing conflict in Ukraine,” Ducati CEO Claudio Domenicali said. “I really hope that the hostilities will come to an end as soon as possible, with a cessation of violence and a return to diplomacy to resolve disputes.

“We come from an already particularly complex year, during which, like all players in the production industry, we have faced difficulties related to the ongoing supply crisis. However, thanks to great flexibility and constant dialogue with our partners and the trade union, at Ducati we were able to satisfy a record number of passionate customers, while also achieving excellent numbers on financial performance. These achievements are the outcome of a team effort that has involved every single employee working at Ducati in Borgo Panigale, in the subsidiaries and in the dealerships all over the world, as well as a select group of high-quality suppliers. I want to thank all of them for their passion and commitment, as well as all the Ducatisti who have put their trust in us by choosing our bikes.”

Ducati CFO Henning Jens also commented: “Regarding the 2021 financial performance: despite the very challenging situation, Ducati closed the year with a record result in terms of revenue and operating profit, fully recovering the pre-pandemic profitability level.

“In the light of the significant external disruptions of the supply chain and production areas, this is a remarkable achievement of the whole Ducati Group. Furthermore, cash generation remains strong, thanks to the improved financial performance and net working capital optimization.” 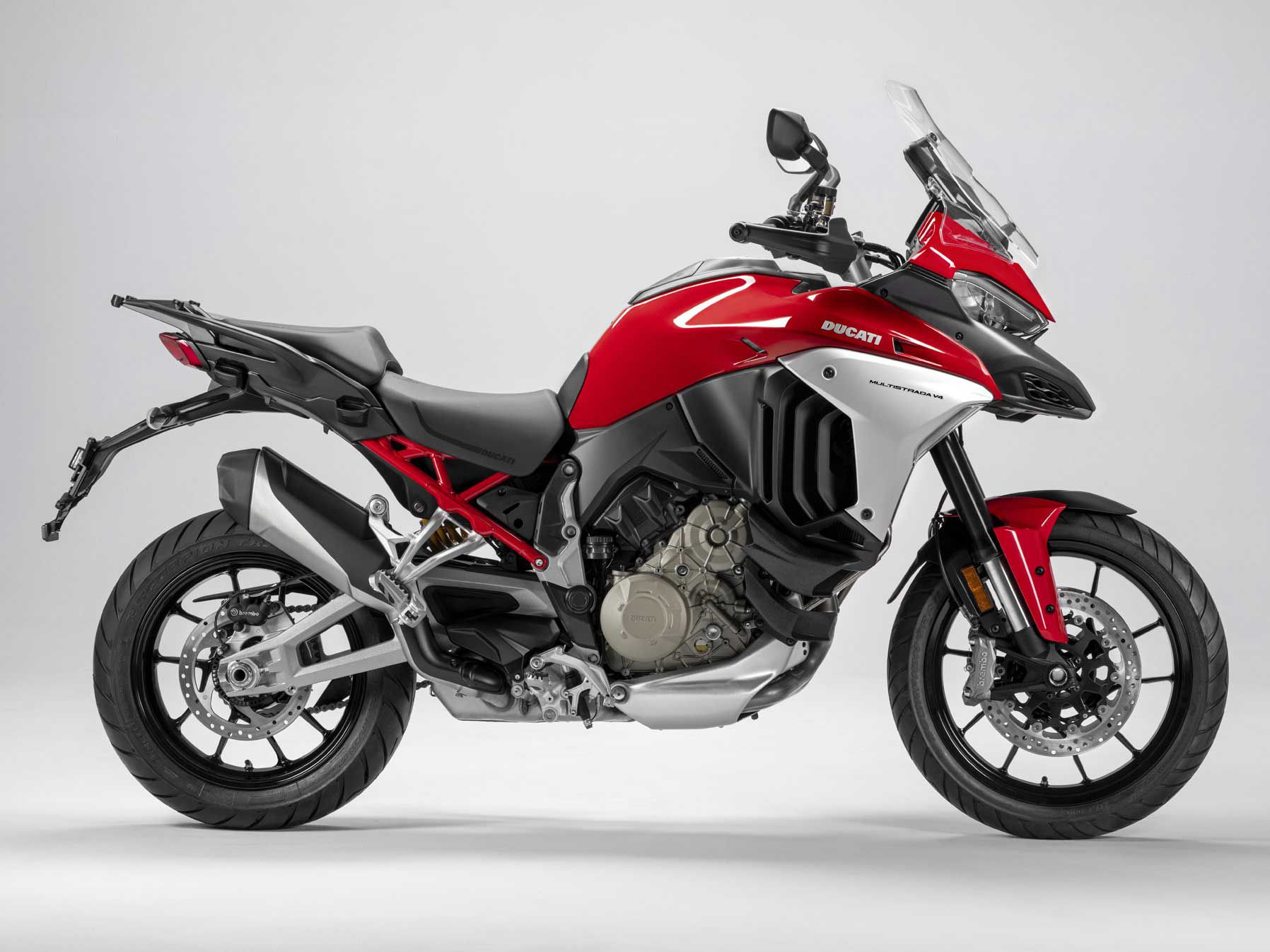 The Ducati Multistrada V4 was the top-selling motorcycle in 2021. (Ducati /)

Despite a downturn in the world economy due to the pandemic, Ducati sales were up across its lineup. The most popular sellers in 2021 were:

As for the most popular sales regions:

Throughout 2021 Ducati opened 84 new dealerships, growing the global network to 790 dealers in over 90 countries. Ducati also says the company exceeded 1,900 employees for the first time.

Due to its profitability, Ducati was able to self-finance future investments in “technological development, product, and process innovation.” 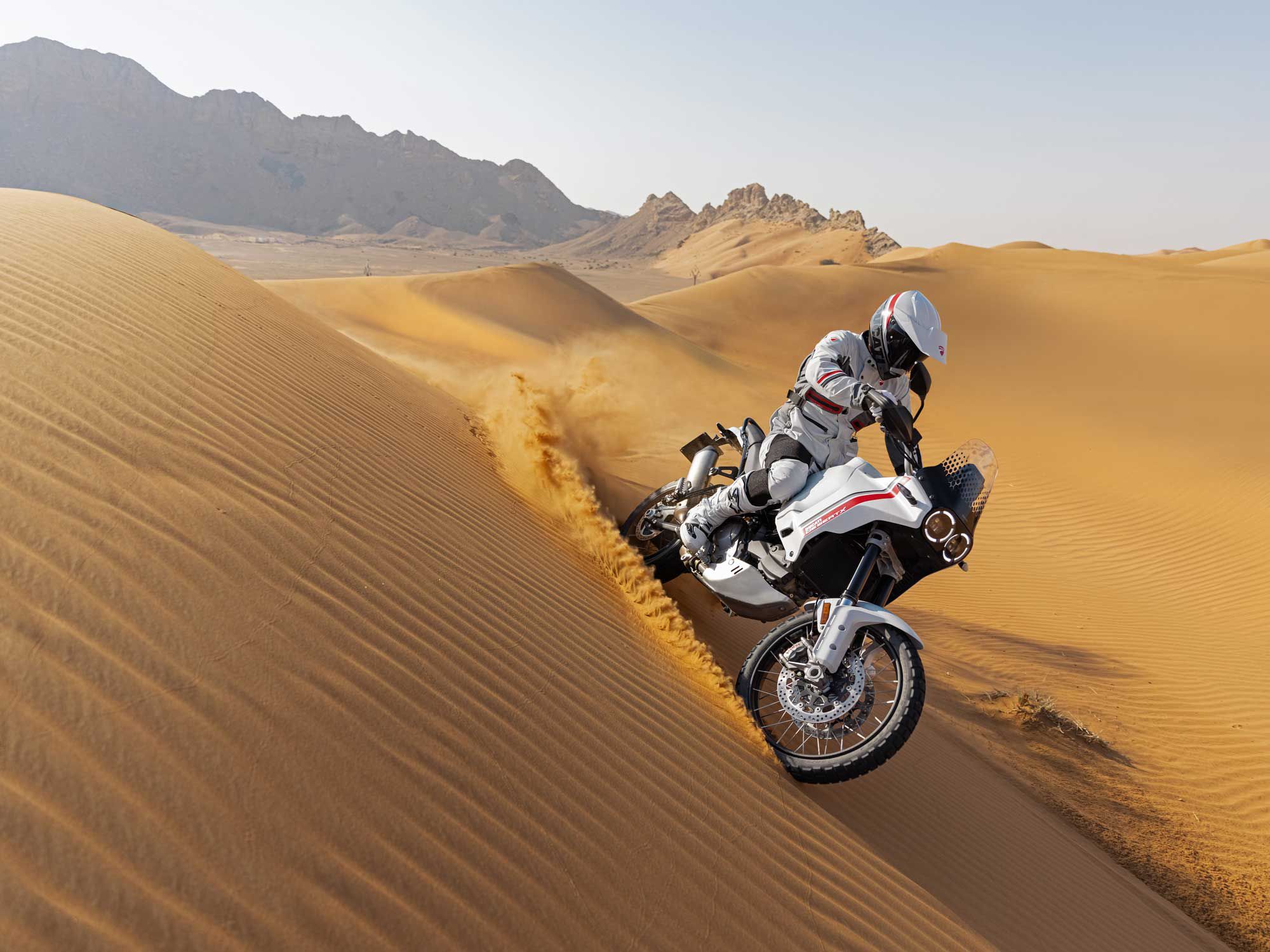 The Ducati DesertX is expected to be a top seller in 2022. (Ducati/)

Ducati expects further growth due to the release of several niche-focused 2022 models, including the dirt-forward DesertX and the Panigale V4 SP2, an exclusive MotoGP bike built for the street.

These, and updates to the already top-selling Multistrada V4, should ensure that red’s sales future remains in the green.