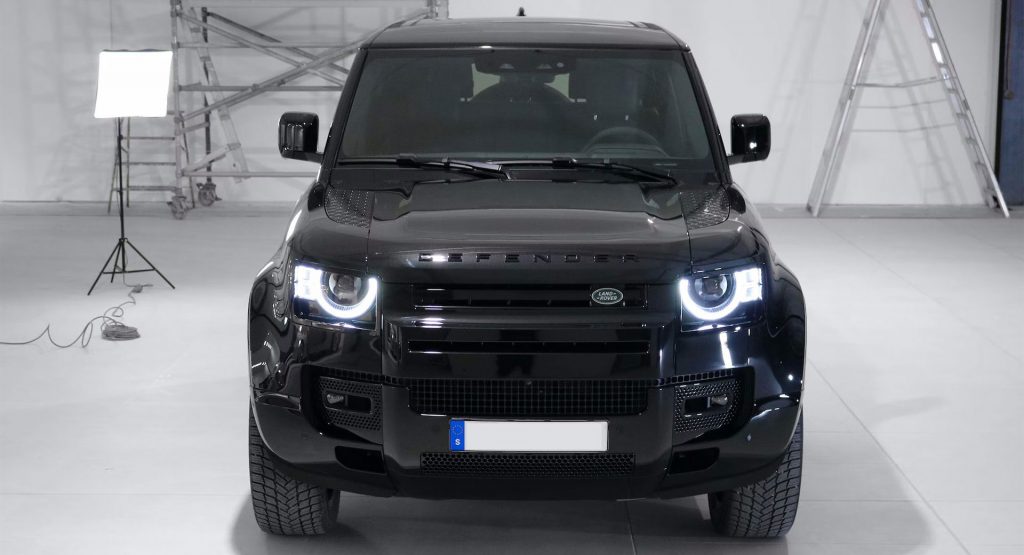 The Land Rover Defender V8 is just about as cool as off-roaders get and the Bond Edition makes it even more special.

Land Rover introduced the Defender V8 Bond Edition last year as a way to celebrate its involvement in James Bond’s No Time To Die movie. Just 300 units were produced and one of these examples is currently up for auction.

This Defender V8 Bond Edition on Collecting Cars is the two-door 90 variant and like all others, has a number of distinctive components that differentiate it from other Defender models. For example, it is painted in Santorini Black and rides on a set of 22-inch Luna Gloss Black wheels with contrasting Xenon Blue front brake calipers. Land Rover also equipped the model with ‘007’ badging at the rear, ‘007’ puddle lamps, and unique treadplates. 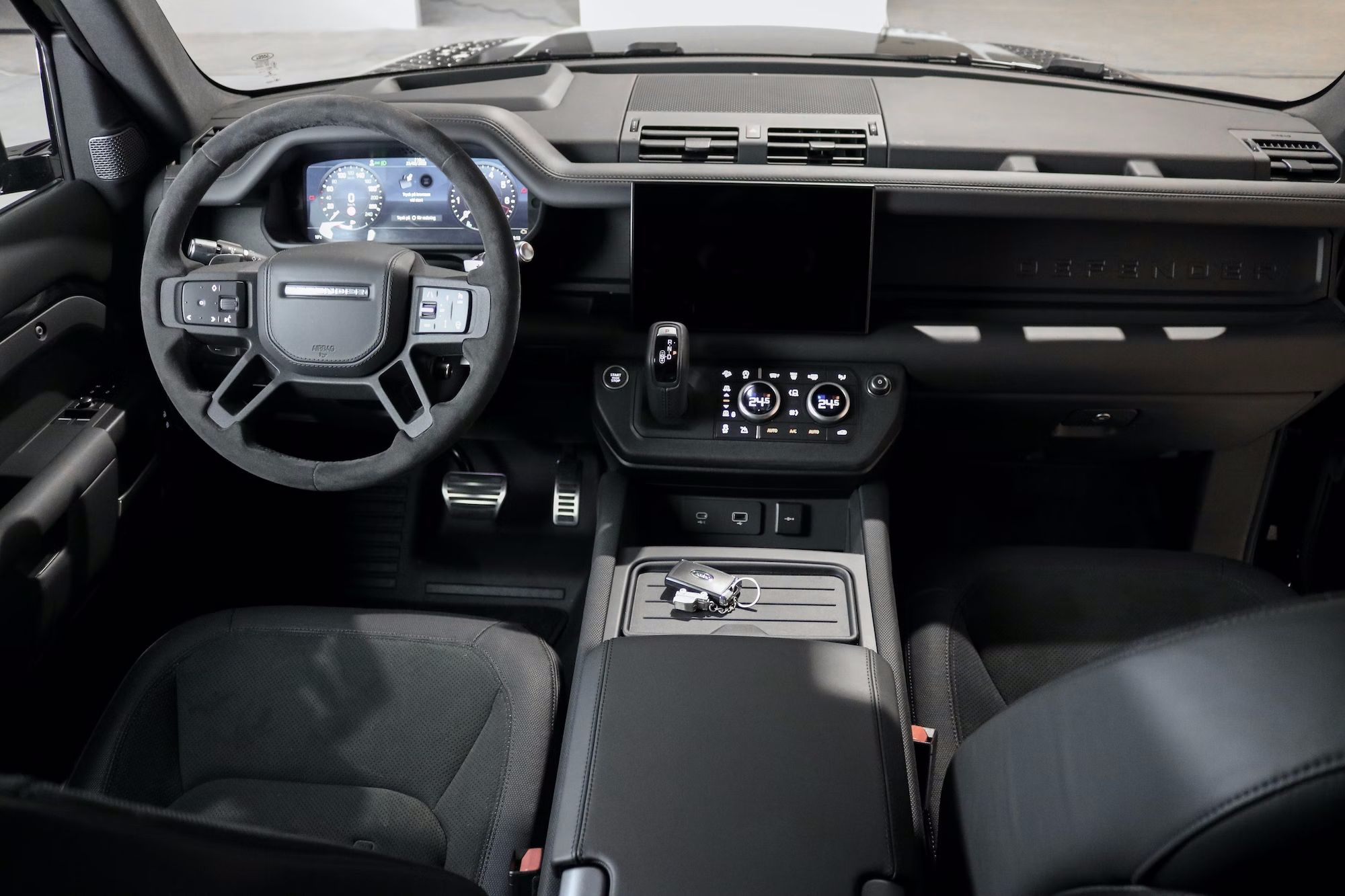 All 300 units have also been fitted with the Defender’s Extended Black Pack that adds gloss black detailing to the hood, tailgate, front and rear skid pans, front grille, wheel arches, and lower body cladding. You’ll be hard-pressed to find another Defender that makes quite the statement of this one and while used, it has only been driven 210 km (130 miles) since it was delivered.

The cabin of the off-roader is finished almost exclusively in black leather and Alcantara and features ‘One of 300’ etching to denote the fact that it’s a limited series. 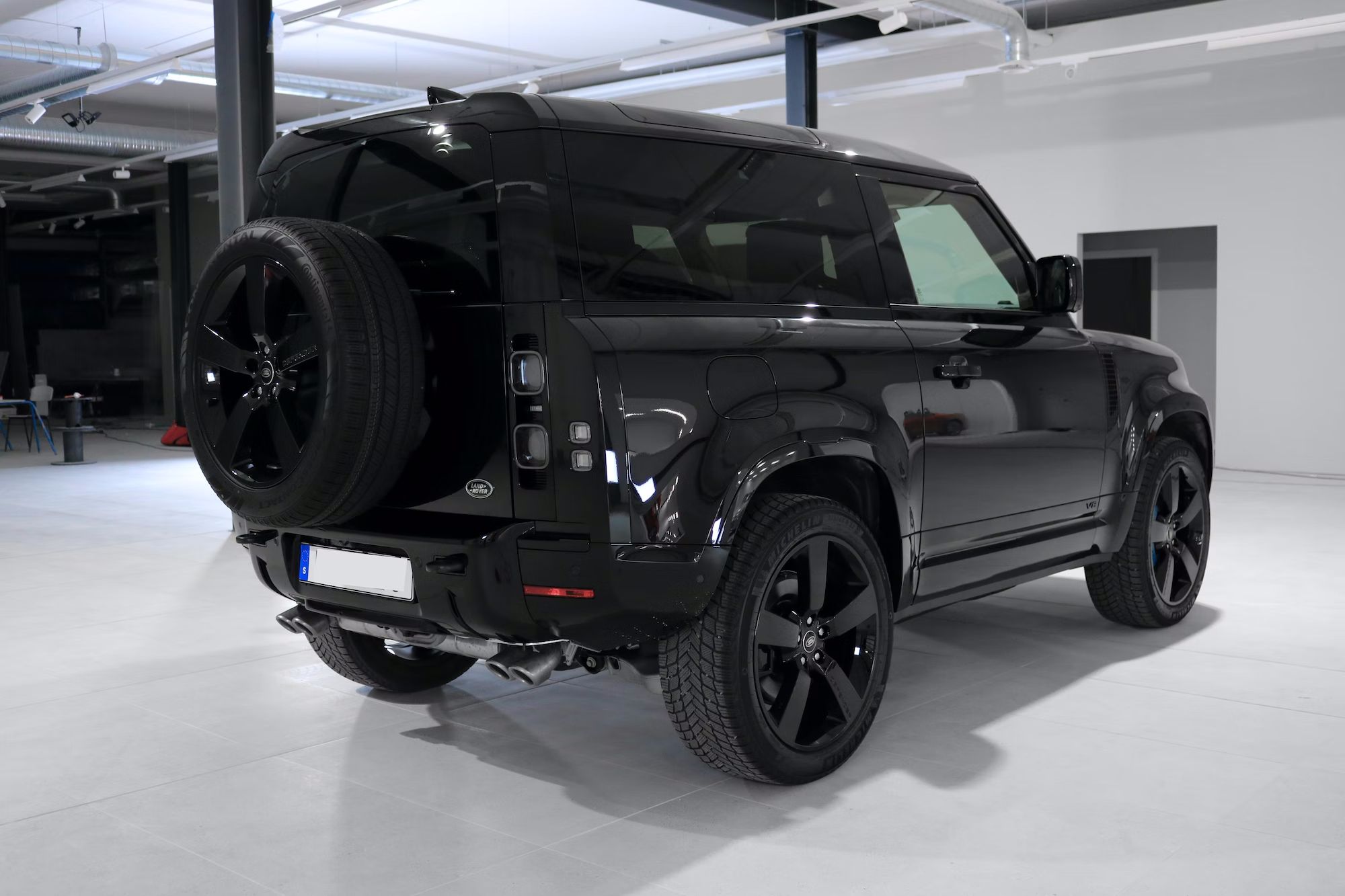