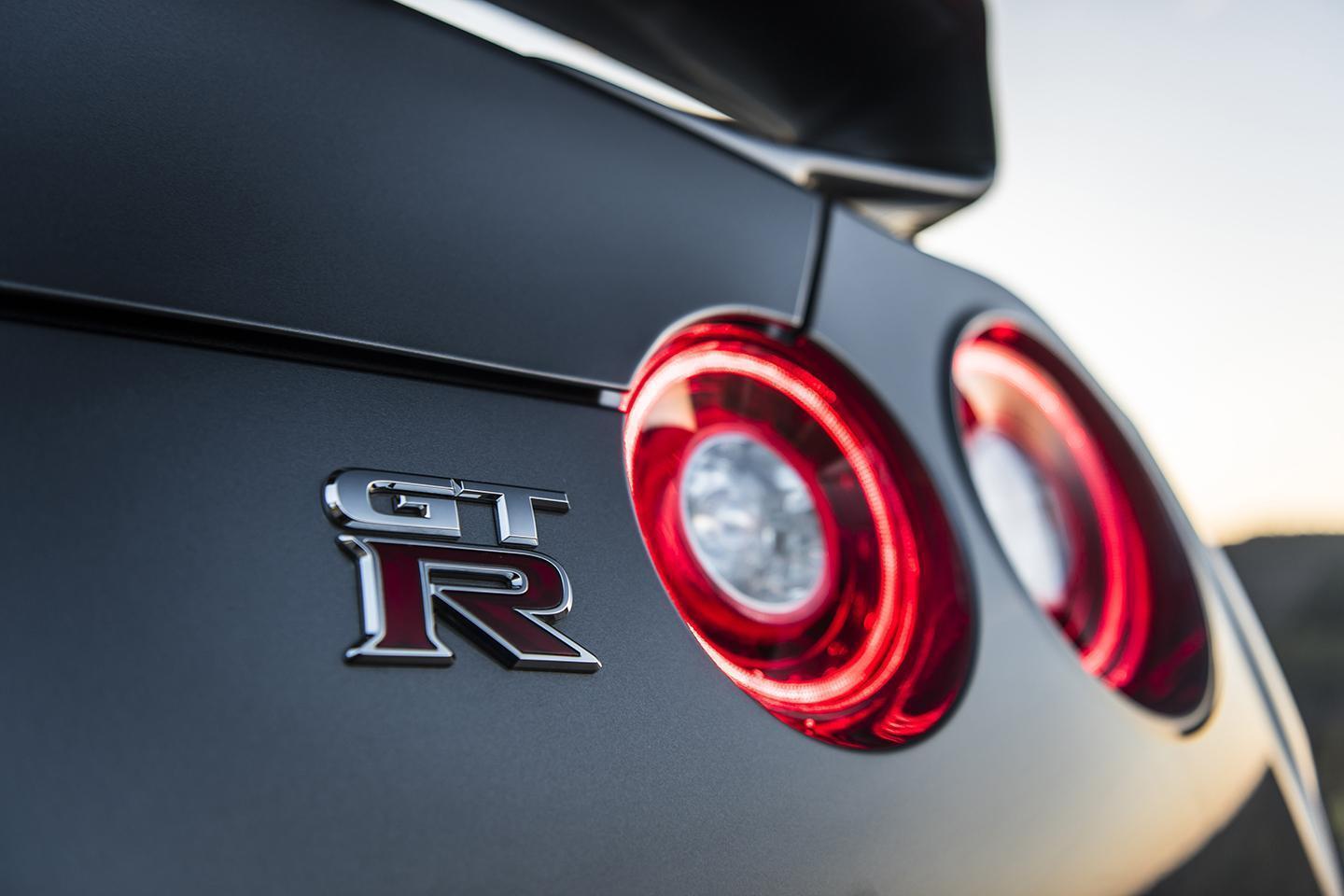 If car years are analogous to dog years then the first examples of the R35 Nissan GT-R to be officially sold in the UK have recently passed their 91st birthdays. That’s a serious innings for any modern production car, doubly so for a sharp-end performance model – one that was launched at almost the same time as the gen 2 997-generation Porsche 911. So it’s not really surprising to be reporting that European sales are set to end in a couple of months.

Yet perhaps the biggest complement we can pay to Nissan’s near-supercar is that, despite all those years, it never really felt old. That’s down to a level of technical sophistication which still seems impressive by 2022 standards, and which felt some way off the far end of the scale when the car was new. But it’s also because, like Godzilla himself, the GT-R has spent its long life at the very top of the food chain.

While UK sales began in 2009, Japan got its first R35s at the tail end of 2007, with several grey imported cars reaching Britain shortly after. The first of these was brought in by well-known tuner Iain Litchfield, who lent it to Autocar for a couple of days. I was part of the lucky test team that got to drive it on British roads for the first time, where it immediately made the 911 Turbo we’d brought along for comparison feel leisurely and short on visceral excitement. 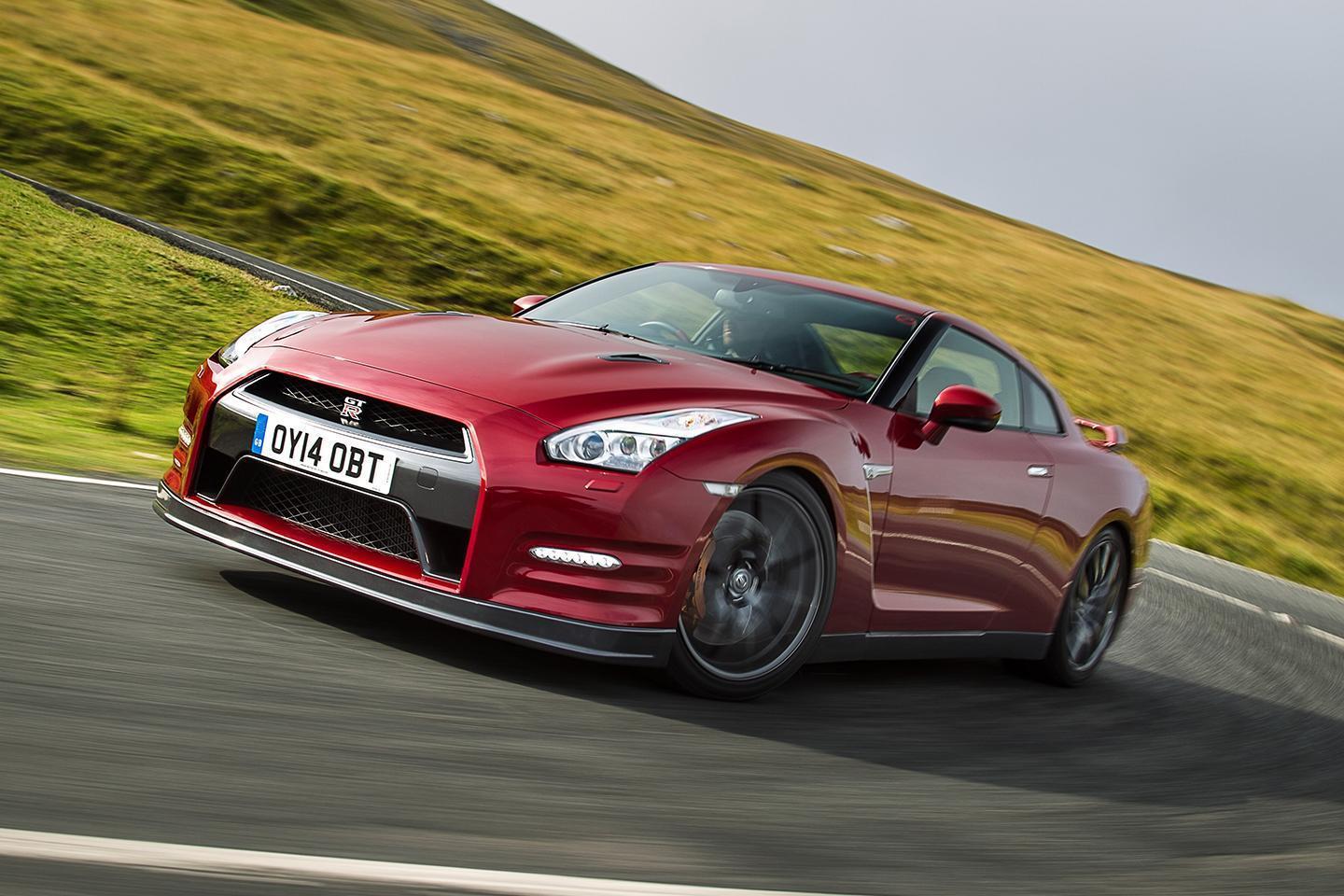 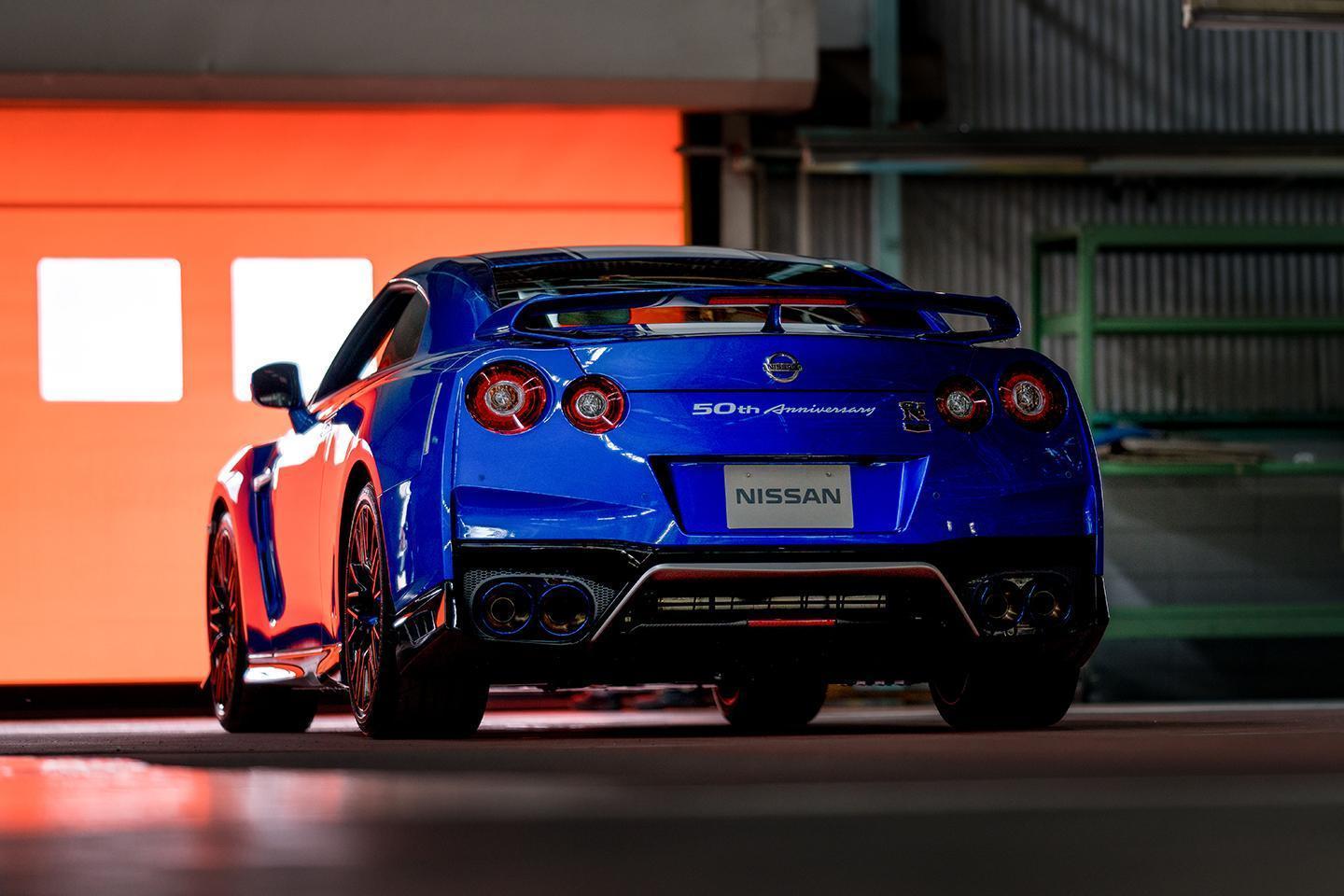 The GT-R was an engineering masterpiece. Like the 911 Turbo it had a twin-clutch transmission and adaptive dampers, but it also had a smart torque juggling all-wheel drive system that made the Porsche’s seem old fashioned. The Nissan’s star feature was its savage twin-turbocharged 3.8-litre V6 which, even in its gentlest form made an official 480hp. While pre-R35 GT-Rs had been homologation specials capable of significant tuning upgrades, their official outputs were constrained by the gentlemanly agreement in Japan not to exceed a claimed 280hp. That definitely wasn’t the case here. Fresh out of the box this was a car with a 3.5-second 0-60mph time and a 190mph top speed.

Nissan quickly proved the R35’s pace by setting a production car record around the Nürburgring Norschliefe, a storming 7:29. This bit of tank-on-lawn parking caused Porsche to throw an amusingly petulant strop, with senior execs at the German firm stopping only just short of an outright accusation Nissan had cheated. But although the GT-R’s performance was certainly carefully optimized – and a later Nismo variant was indeed caught out for running various non-standard parts – the original car’s huge pace was confirmed a few months later when Sport Auto magazine’s ‘Ring specialist Horst von Saurma managed a 7:38 in a press demonstrator.

Porsche’s objections were largely down to the belief that the GT-R’s weight would prevent such a record-setting pace, but the R35’s greatest strength was always its ability to mitigate the effect of its chunky 1,750kg mass. Suspension was firmly lashed, even on the softer settings given to European market cars, and it never felt flabby or unwieldy, changing direction with the sort of precision that gets surgical instruments referenced and finding what often seemed to be impossible levels of traction. The gearbox’s ability to deliver near-instantaneous changes, and the Brembo brakes’ willingness to digest huge thermal loadings made it feel unflappable under even the hardest track use. 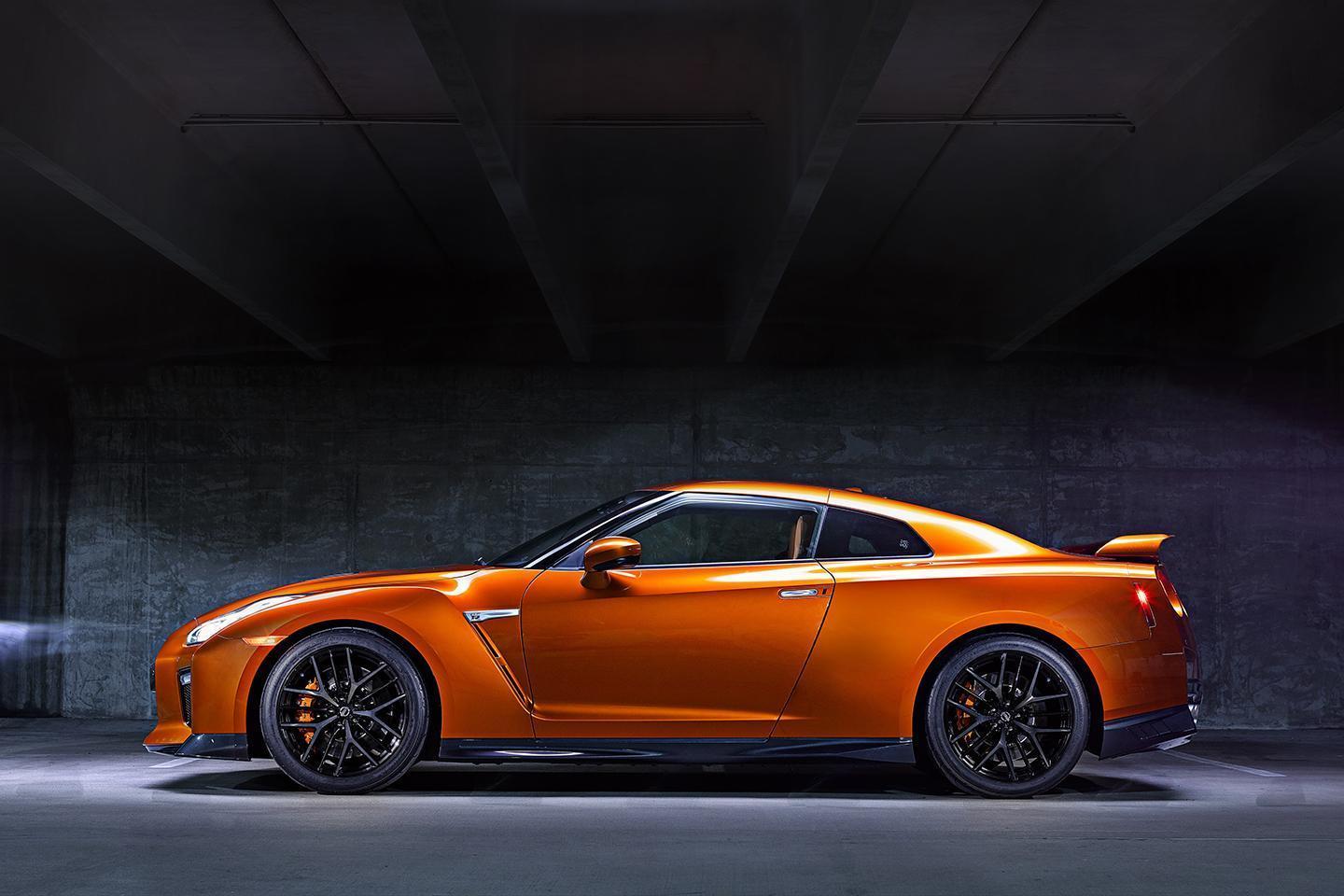 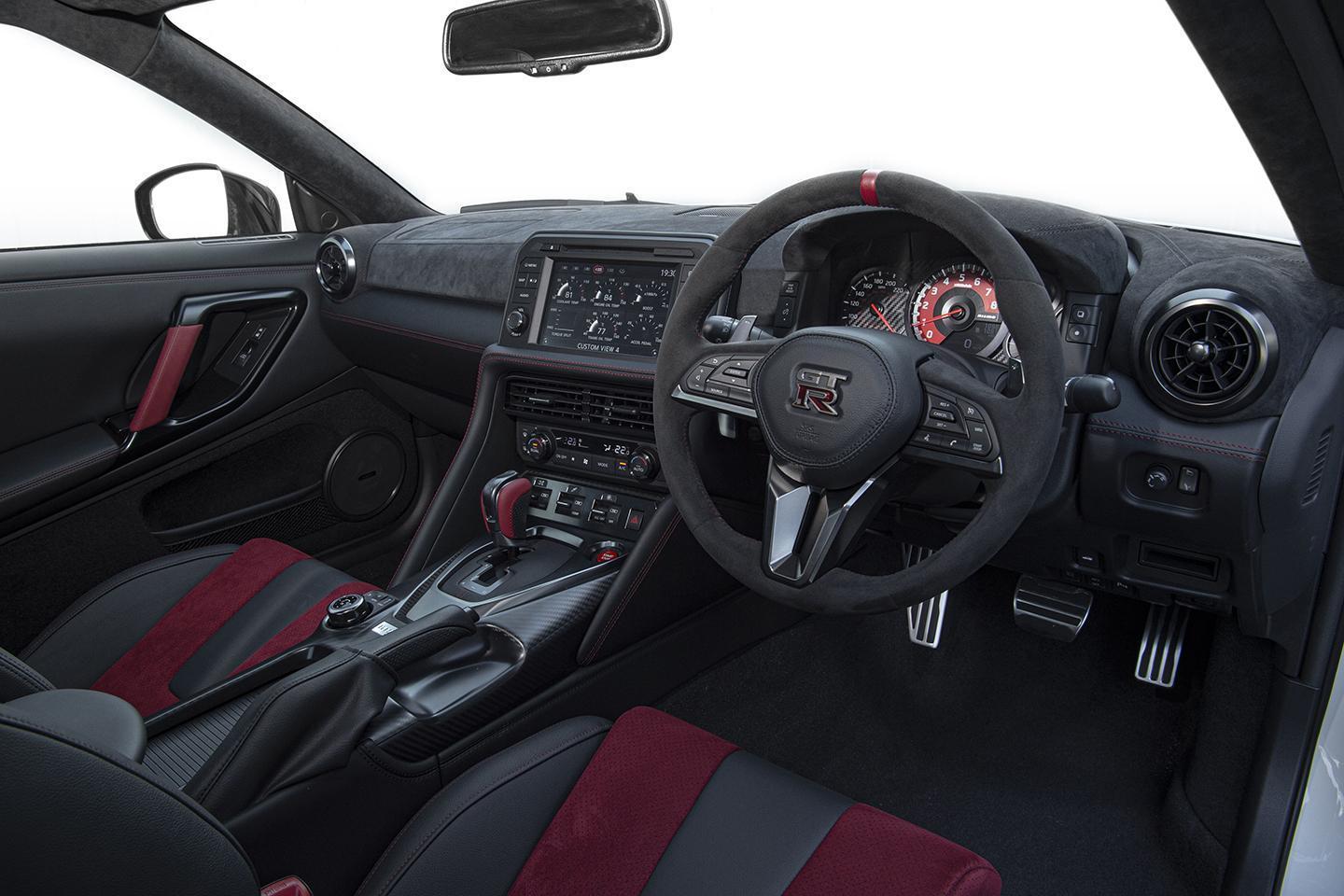 As with earlier GT-Rs and faster Skylines the standard car was also seen by many as little more than a blank canvas, a starting point for significant enhancements. GT-Rs had long been at the heart of a tuning culture in Japan, but the R35 expanded that around the world. Nissan was generally tolerant of such tinkering, certainly when it came to the better-known Japanese aftermarket specialists, and the GT-R was soon proving itself capable of accommodating increasingly silly power outputs.

Not that this was always a grit-free process. In Britain the GT-R’s standard three-year warranty would be voided by aftermarket tuning, something which created a serious quandary for early buyers knowing how much their cars had effectively left on the table. A further complication was that the R35’s spiffy new twin-clutcher featured a launch control system, but the very use of this would effectively void the powertrain warranty if whizz became bang. And even the standard car was capable of lunching its transmission under repeated, hard starts. Within a few months of sales starting, stories of cars with broken gearboxes and scary repair estimates began to circulate.

Not that these put too many owners off upgrades for very long; it is much easier to find a tuned early R35 than one that has always been standard. Even a relatively mild stage one remap could take output beyond 600hp, and it was simple (if increasingly expensive) to push to, and through, the four-figure barrier. If the regular GT-R was a beast, some of these reworked versions were true monsters. 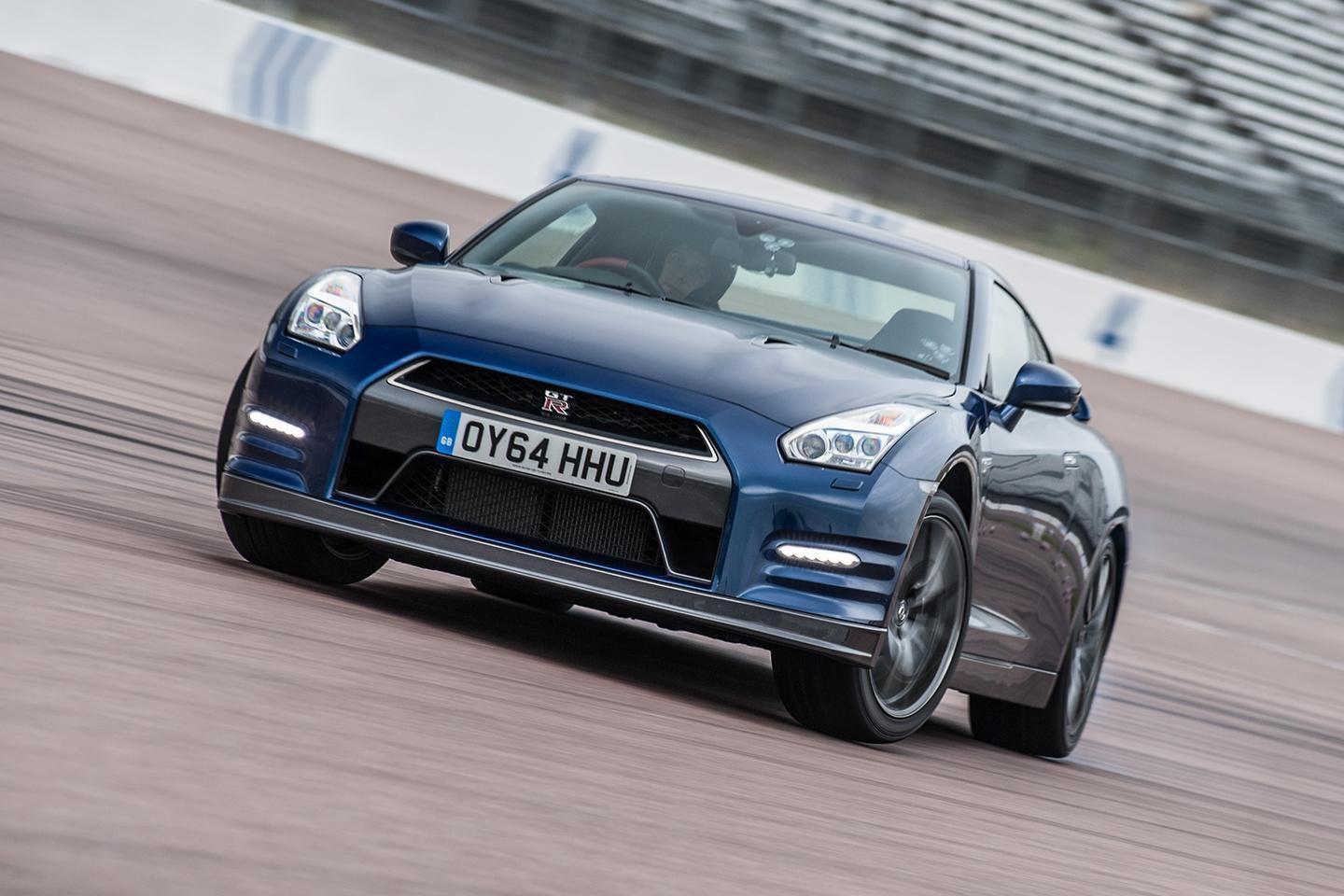 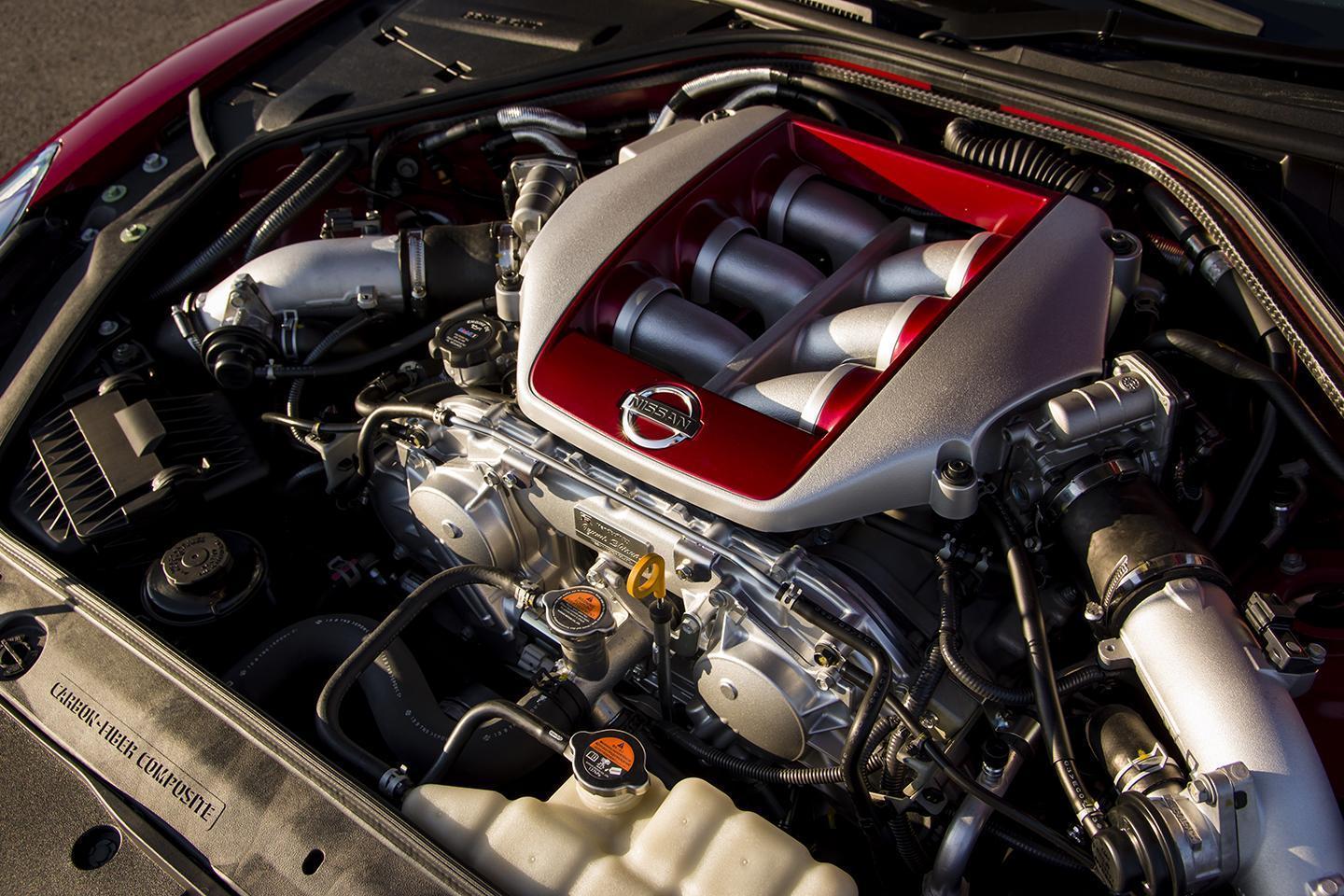 The tunability also created something of a dilemma for Nissan, especially as initially steep depreciation got its teeth into the first cars. For considerably less than the cost of a new, fully warranted example it was possible to buy an early car, boost it to the stratosphere and still have a healthy contingency fund in case anything went pop. Factory power outputs started to climb upwards through iterative powertrain tweaks – 530hp in 2011, 545hp in 2013 and 565hp in 2017 – with Nismo and some other limited-edition versions taken beyond that. But the standard numbers always looked sensible compared to the aftermarket.

The GT-R’s new price also started a steady march upwards over time. The fact the car had acquired substantial waiting lists before deliveries started, with a reported 1,200 names in the UK order bank, proved the original pricing was certainly enticing: a £56,000 kick-off in 2009. That figure has since risen to £83,865 for the entry-point Pure, only slightly ahead of the £79,950 that the original price turns to when run through an inflation calculator. But there’s a big, obvious proviso to that – as launched the GT-R was a hugely desirable hot new must-have. After more than a decade in the market the fashionistas had moved on and were unlikely to be enticed back by mild tweaks and fractional spec changes. Over the last few years UK sales have slowed to little more than a trickle.

Letting the R35 live so long was undoubtedly not part of the original corporate plan. The car was signed off by former CEO Carlos Ghosn, who saw a return of the GT-R as a world-beater as being an important benchmark for what was, at the time, a hugely confident, growing international brand. We know how things ended for Carlos – holed up in Lebanon after fleeing charges of misappropriating funds in Japan. But the Nissan of 2022 is also a very different company to the one he led at the turn of the century, especially in Europe where the range has been pruned and performance has completely dropped off the priorities list. Below the GT-R the next-fastest Nissan currently on sale in Britain is the searing rocketship which is the 158hp 1.3-litre Qashqai DiG-T. 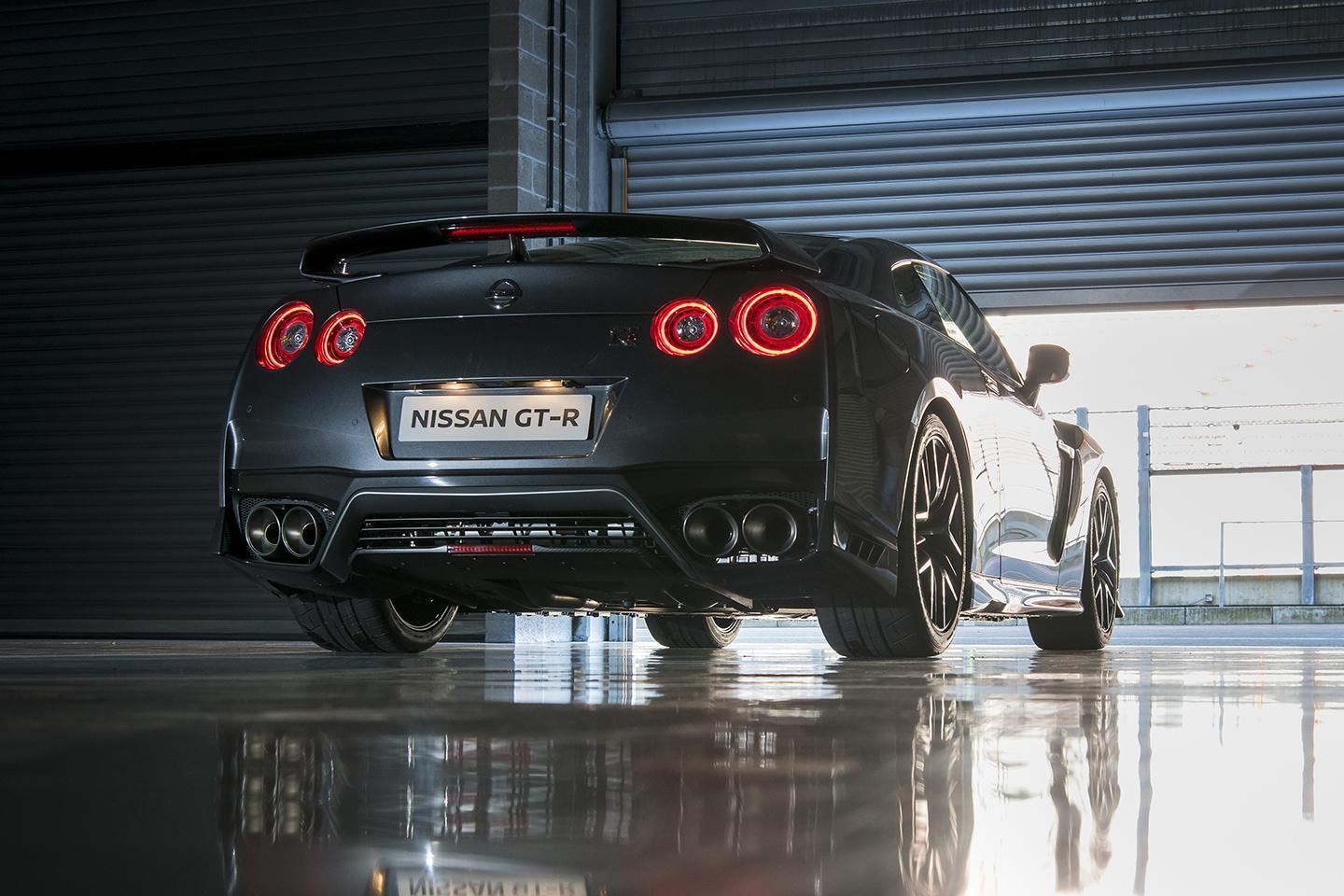 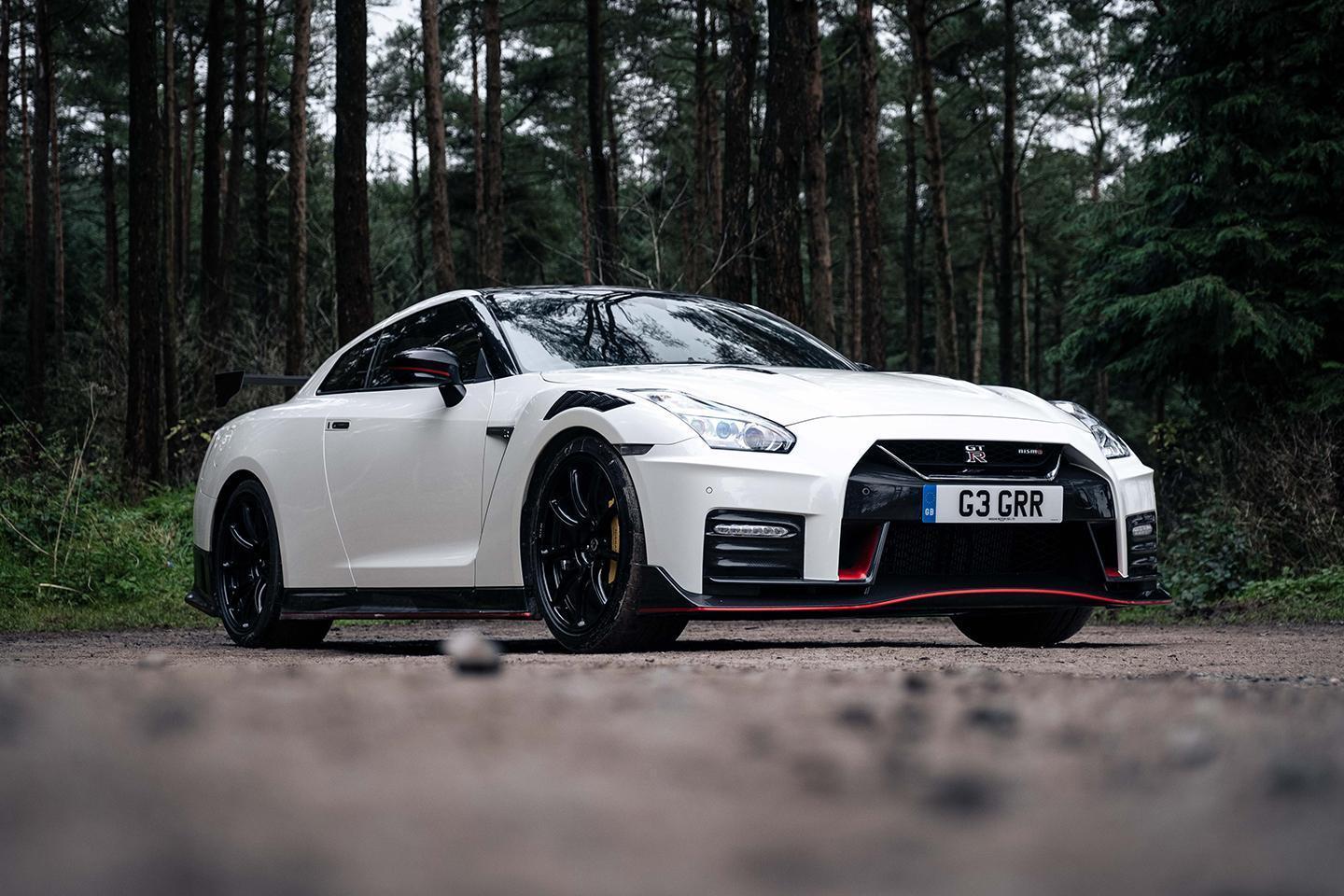 So the surprise is probably that the GT-R lasted as long as it did. Sales ended in Australia last year due to new side impact crash regulations, and the European withdrawal is, officially, because of its inability to meet the ‘drive by’ noise standards that come in July this year – although the pre-announcement of the demise is likely to trigger a flurry of final orders. Regardless, it seems unlikely the R35 can survive in even more sound-tolerant parts of the world for too much longer. Its replacement, if it ever comes, will almost certainly be an EV.

Don’t be surprised if this news further bolsters the GT-R’s formidable residual strength. More than a decade after launching at £56k, you’ll still need the best part of £40,000 for an early R35. Those after an unmodified example (surely set to be more collectible in future) will have to pay more – this 2009 car is £45k. On the other hand, anyone after big power is spoilt for choice, with 800hp+ cars available from £50,000. Which is also what you’ll pay for one of the facelifted, 530hp cars from the 2012 Model Year. And if you’re lucky enough to find a NISMO, don’t expect to spend less than £150k…

Godzilla, the fictional dinosaur, has survived numerous cinematic deaths. Sad to report that his automotive namesake doesn’t share that apparent immortality. With the end of the GT-R, our bit of the world becomes a little more boring.

When is it time to replace your vehicle’s brakes?

Tempe Auto Repair: Shocks and Struts, What Do They Do?