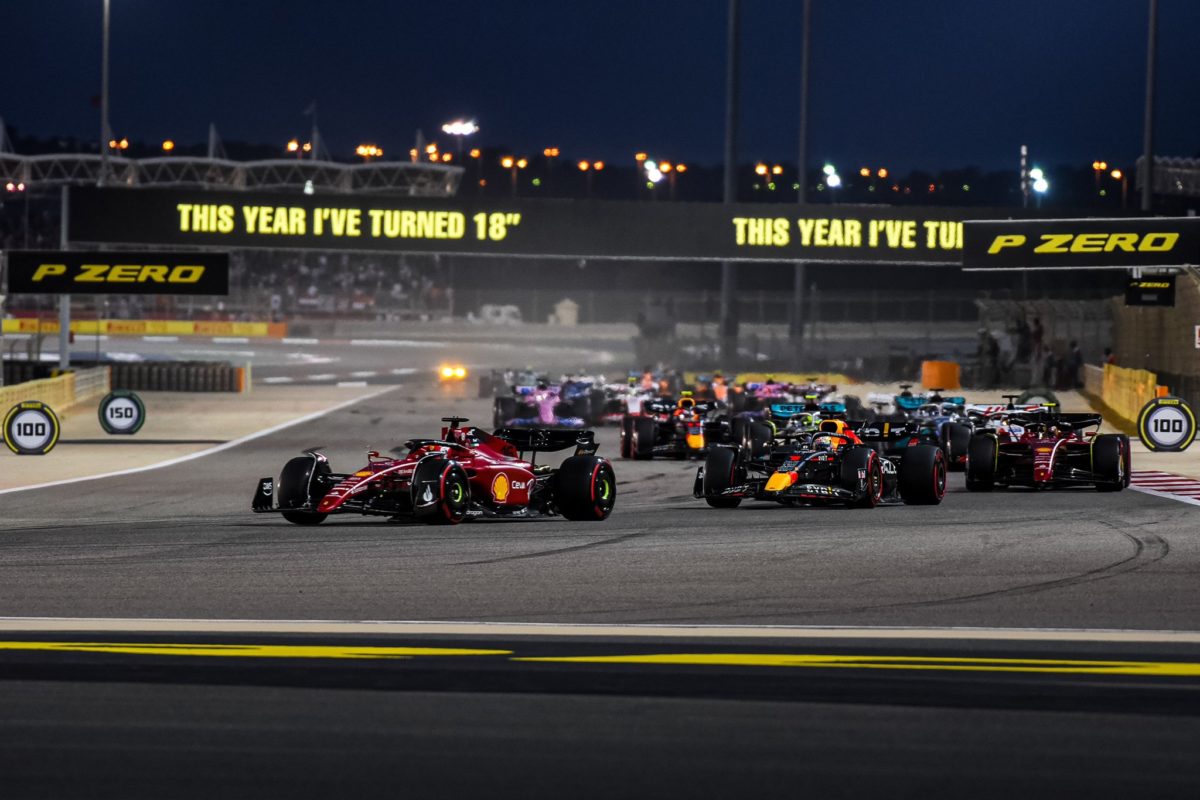 Charles Leclerc leads at the start of the Bahrain Grand Prix

Bahrain Grand Prix winner Charles Leclerc has branded Ferrari’s performance in the 2022 Formula 1 season opener as “incredible” after it claimed its first one-two result since 2019.

Leclerc headed Carlos Sainz to the flag at the end of a tumultuous race in Sakhir which saw late drama befall both Red Bull entries.

However, even without the steering issue which forced Max Verstappen out, and suspected engine issue which saw Sergio Perez spin out of third, Ferrari looked in control.

Between its drivers, the Scuderia led every lap, with pole-sitter Leclerc also claiming the bonus point for fastest lap.

“I keep repeating myself but the last two years have been incredibly difficult for the team,” the race winner said.

“We knew this was going to be a big opportunity for the team and the guys have done such an incredible job in building this amazing car.

Ferrari leaves Bahrain with maximum points in the constructors’ championship while Red Bull heads to Saudi Arabia yet to get off the mark.

Mercedes, which looked comparatively out of sorts throughout practice and qualifying, is second with 27 points.

However, that fails to paint the full picture as for a time Verstappen threatened to steal away victory with a prolonged attack of the race lead over a three-lap period.

Following the first round of stops, the Dutchman rejoined in the wheel tracks of Leclerc.

On three separate occasions he went by under braking into the first corner, the Ferrari driver regaining the upper hand into Turn 4 on two occasions.

At the final time of asking, Verstappen pinched a brake and skated long, at which point his challenge effectively ended.

“[I] Was trying to be as clever as possible using the DRS as much as possible,” Leclerc recounted of the battle.

“So I was trying to break early in Turn 1, just to be behind him at the DRS detection, and twice it worked out.”

Steering issues in the Red Bull then inhibited Verstappen’s ability to mount a challenge following a late-race Safety Car, with Leclerc going on to win as the Dutchman retired from the race.

Victory in Bahrain marks the third win of Leclerc’s F1 career and see him lead the drivers’ championship for the first time.

The Formula 1 season continues with the Saudi Arabian Grand Prix from Friday.