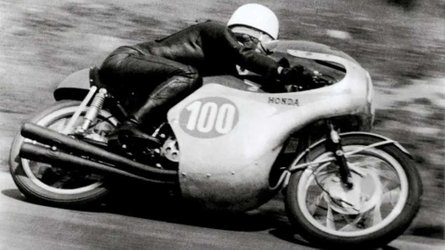 Kunimitsu Takahashi, otherwise known as Kuni-san by his colleagues and peers, passed away at the age of 82 years old on March 16, 2022. He won his first-ever race in the West Germany Grand Prix while flying the Honda flag. His achievement on the world stage gave Honda Motorcycles its first-ever World Grand Prix victory in the 250cc class.

Following his monumental achievement for Honda on two wheels, Takahashi then went into the world of four-wheeled racing just like what Valentino Rossi is doing in the GT World Challenge, with one of his notable outings being in the 1977 Formula 1 Japan Grand Prix as a wildcard finishing at a respectable ninth place.

Then in 1995, Takahashi competed in the 24 hours of Le Mans in the GT2 class while driving Honda’s race car that was based on a first-generation NSX. For the next four years (until 1999), Takahashi continued to race on four wheels.

After his career, Kunimitsu Takahashi founded Team Kunimitsu and managed the team while competing in the Japanese GT category with Honda NSX-GTs and HSV-010 GTs. His team managed to win in the SUPER GT and GT500 classes in 2018 and 2020, respectively.

Toshihiro Mibe, Honda president, CEO, and representative director stated:
“I am deeply sorrowful on the passing of Kunimitsu Takahashi. He played a major role
as a rider on the world championship stage at the dawn of Honda’s motorsports
activities, and his four-wheel endeavors, he competed with Honda racing cars for over a
quarter of a century, bringing many victories to the company. Takahashi’s influence went
way beyond Honda, touching the hearts of everyone involved in motorsports. I am truly
grateful for his countless achievements.”

Honda Racing sent out a press release following his passing, and his list of milestones, accolades, and achievements are as follows: