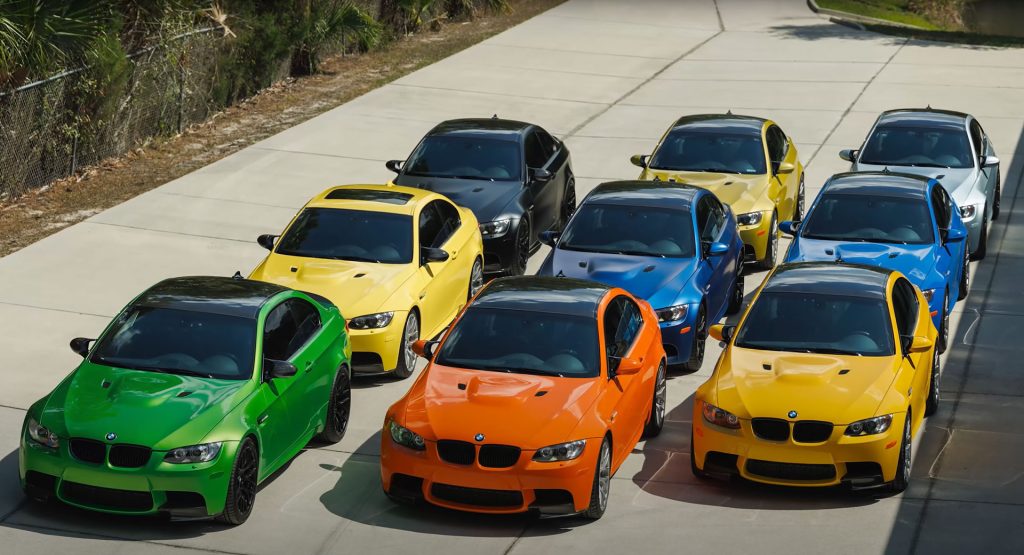 BMW has produced some iconic M3 models over the decades and while all are exceptionally desirable and great driver’s cars, the following used car dealer and collector in Florida thinks the E92-generation M3 is the finest of them all.

While many of us can only dream about owning an E92 M3, this guy currently has nine in his collection. As if that wasn’t extraordinary enough, all nine examples have special BMW Individual paint finishes that really make them stand out.

Automotive photographer Larry Chen recently had the opportunity to check out the collection. One of the first cars that may catch your eye is the M3 Lime Rock Park Edition, one of just 200 examples built and painted in Fire Orange. It is a real head-turner but for us, it isn’t even the craziest example in the collection.

Perhaps the most striking car is painted in Java Green and is thought to be one of just four examples in the United States. There is also one painted in Phoenix Yellow that’s one of just two either in the United States or worldwide – the owner isn’t entirely sure. Some of the cars in the collection have the dual-clutch transmission that BMW sold with the E92 M3 while some of the others have a six-speed manual. All have the E92’s beloved 4.0-liter naturally aspirated V8 as well as the available Competition package.