Yesterday, Yamaha dropped a ball we weren’t anticipating; a mere week after their debut of the small-displacement NEO’s (yeah, we have yet to figure out the inspiration for that particular christening), the Japanese motorcycle manufacturer up and dropped a second offering to the masses: the E01 electric scooter, complete with an 8.1kW (about 11 horsepower) motor punching out roughly 22.13 lb-ft of torquedos. 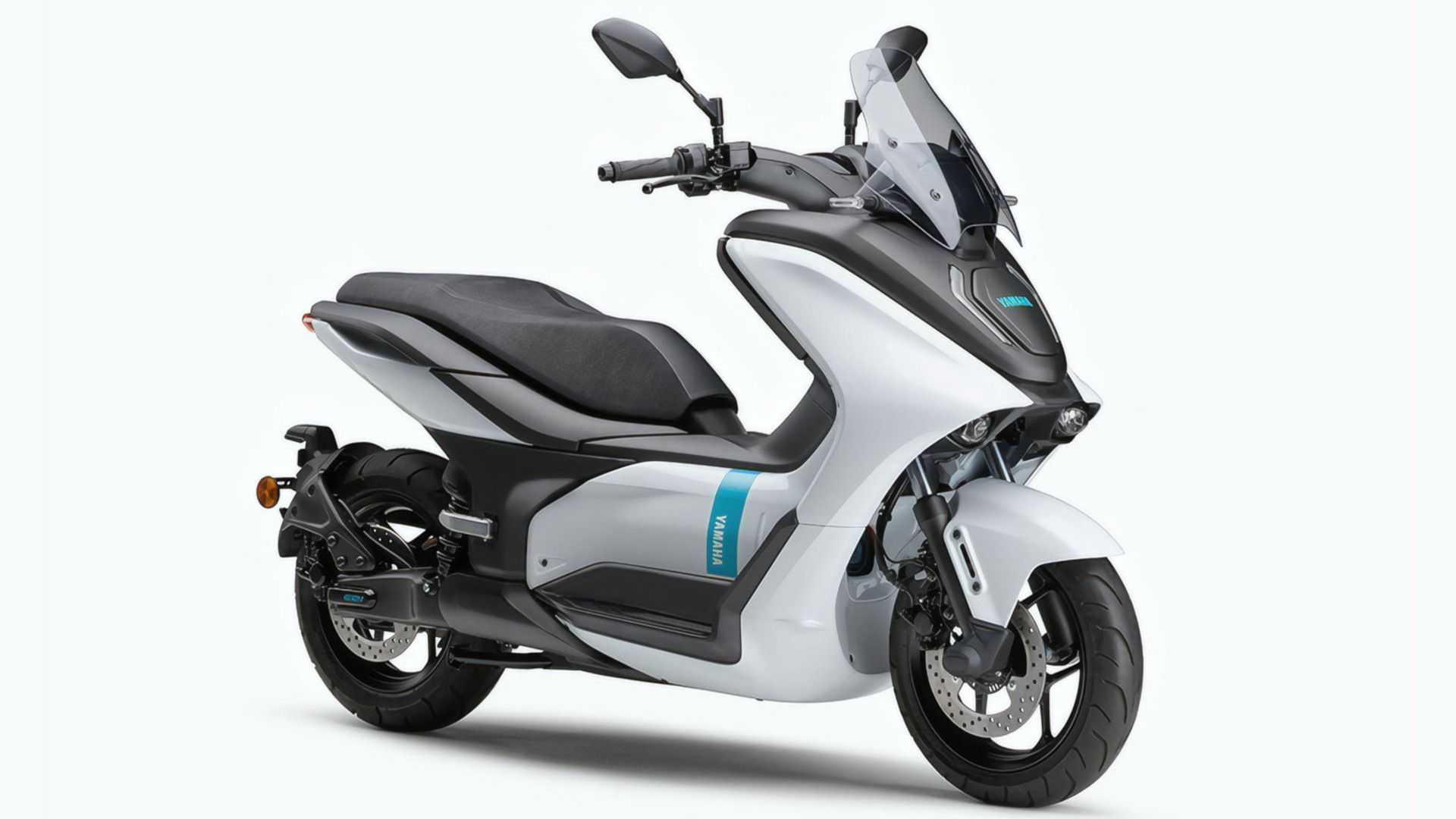 While the E01 might not be at the production stage quite yet, the official reveal shows that the range of this clean scoot is purported to be around 104 kilometers (64.6 miles) on a single charge – not bad, considering the charge can be done via three different systems: a quick charger, a normal charger, and a portable charger (with the portable charger supplied with the purchase of the E01). 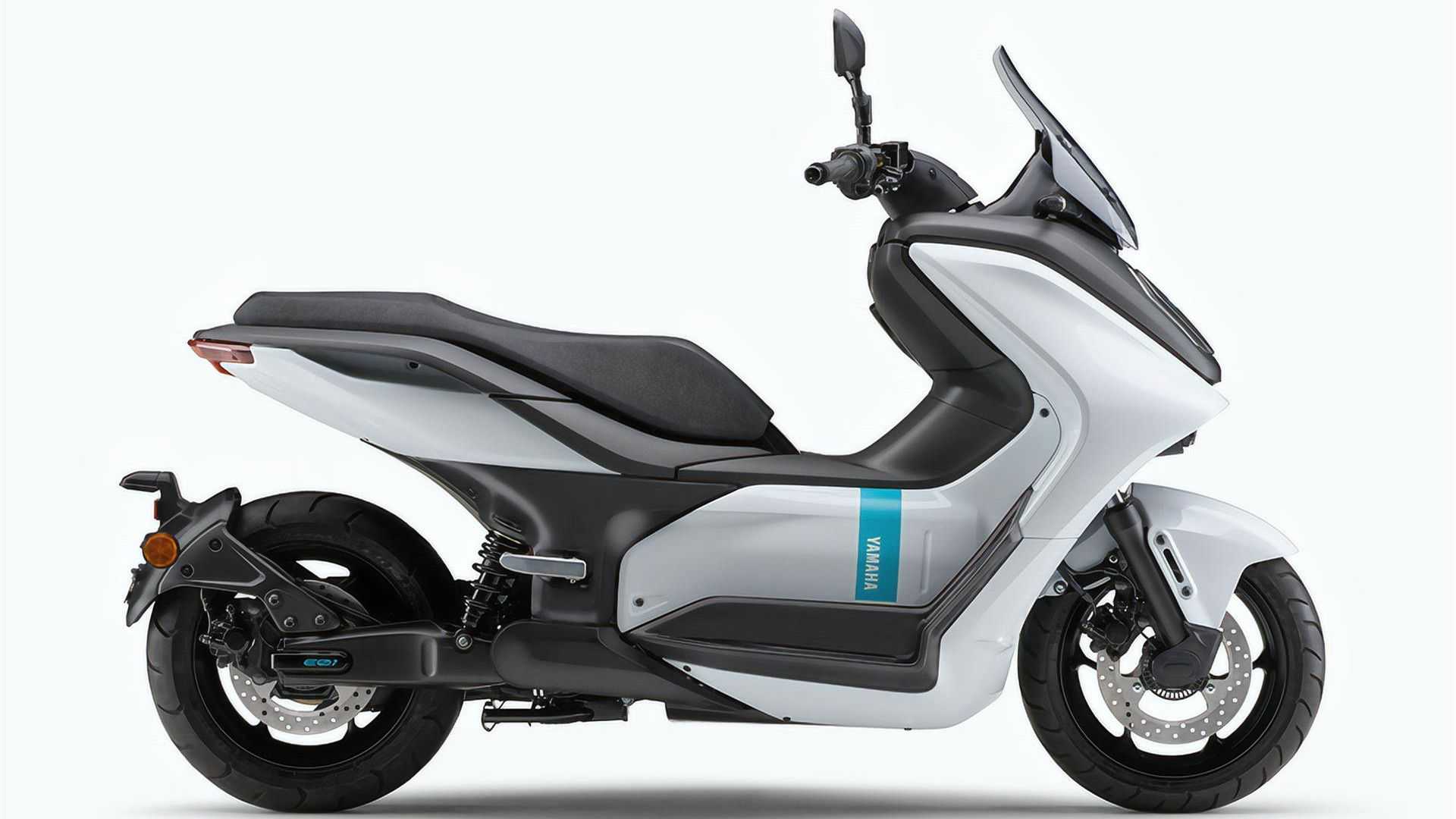 We’re told an additional fact that has a few eNoggins drooling: The quick charger will be able to go from zero to 90% full charge in about an hour, rendering the E01 highly capable of competing with the rest of the electric market when it comes to accessibility. 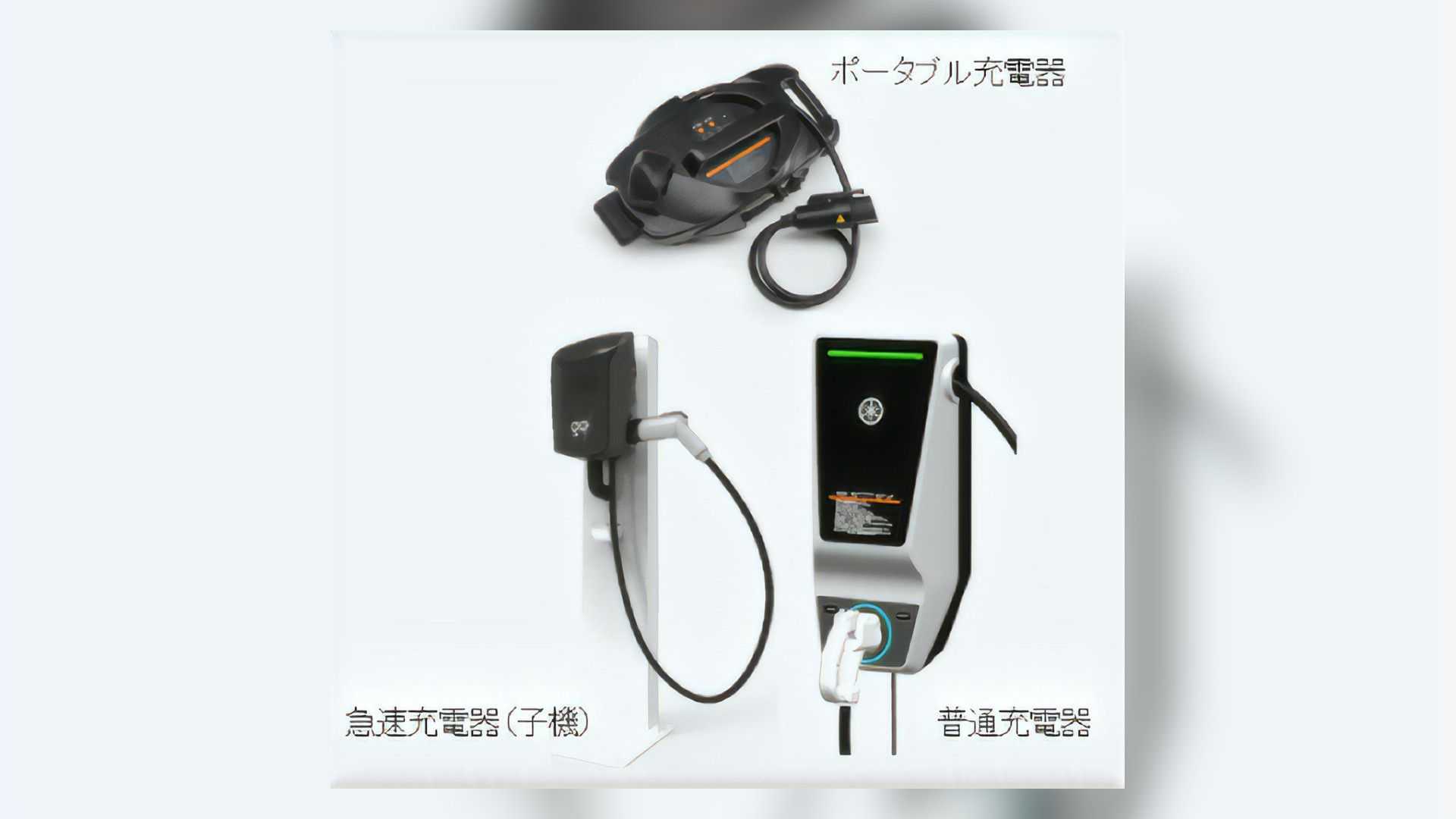 Should you wish to continue your merry way with the normal charger, you’re looking at a full charge in about five hours, with the portable charger (more for emergency or convenience than anything else) taking an awkward 14 hours to juice up to full capacity. 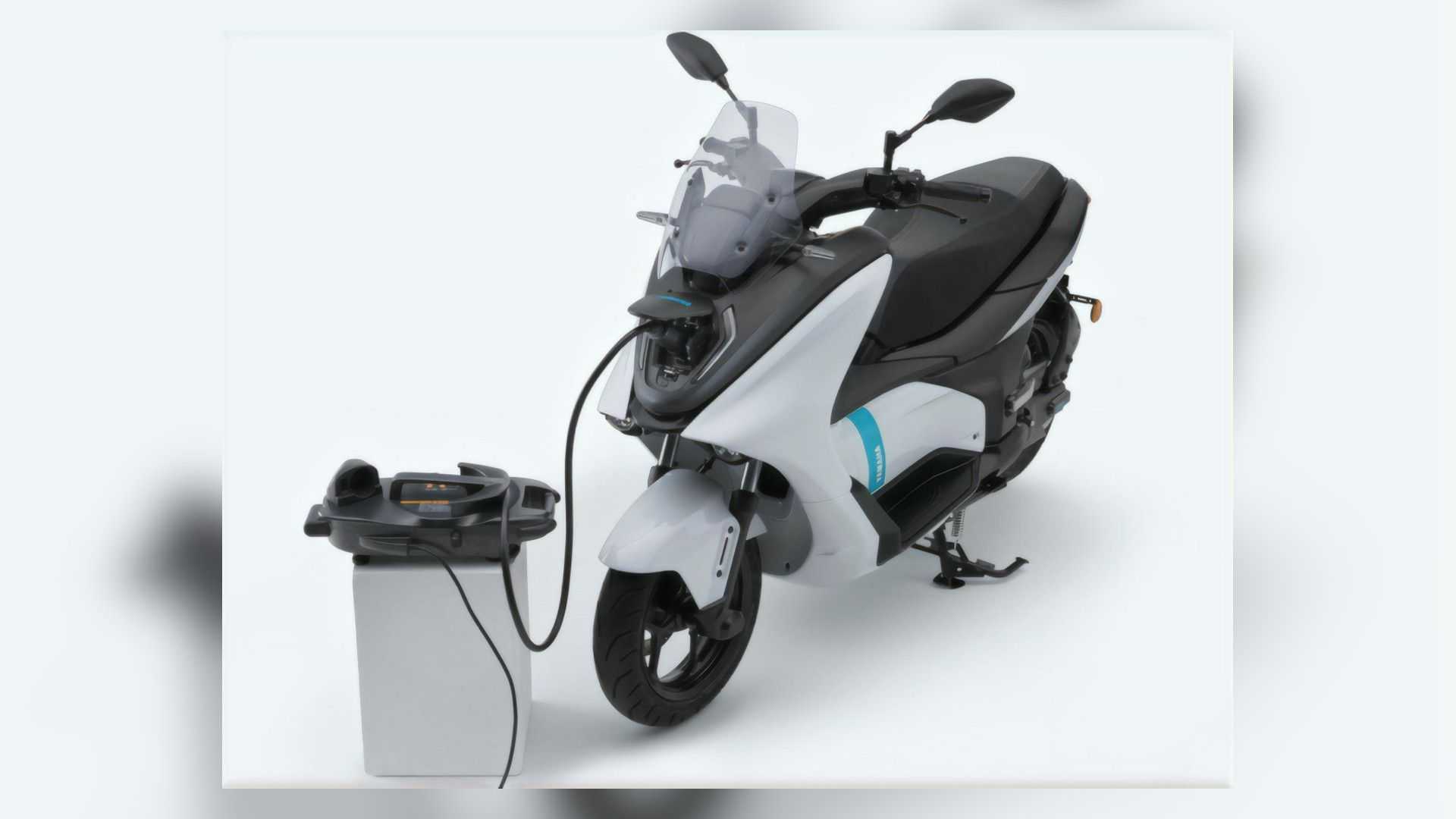 So what’s the real difference between the NEO’s and the E01?

Apart from the power specs (which clearly show the E01 at the top of the heap), RideApart tells us that the E01 sports a fixed battery; as such, it is different from the NEO’s and is NOT a poster child of the swappable Battery consortium created by Honda, KTM, Piaggio and Yamaha last year. 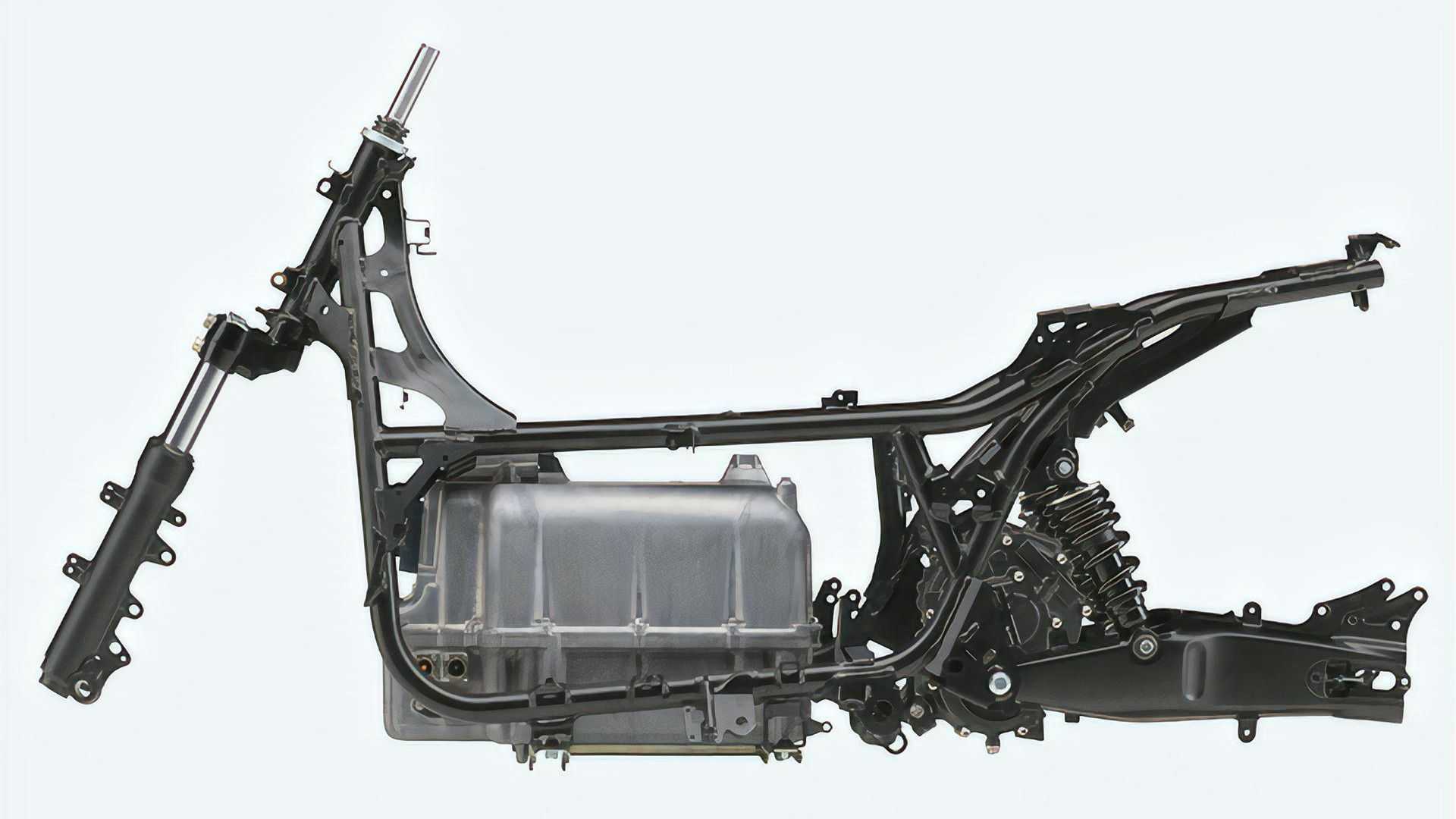 E01 will be released for testing in certain key markets later this year, with the report telling us that “Yamaha will launch the E01 in Japan, Europe, Taiwan, Indonesia, Thailand, and Malaysia as a demonstration test model, beginning in July, 2022.” 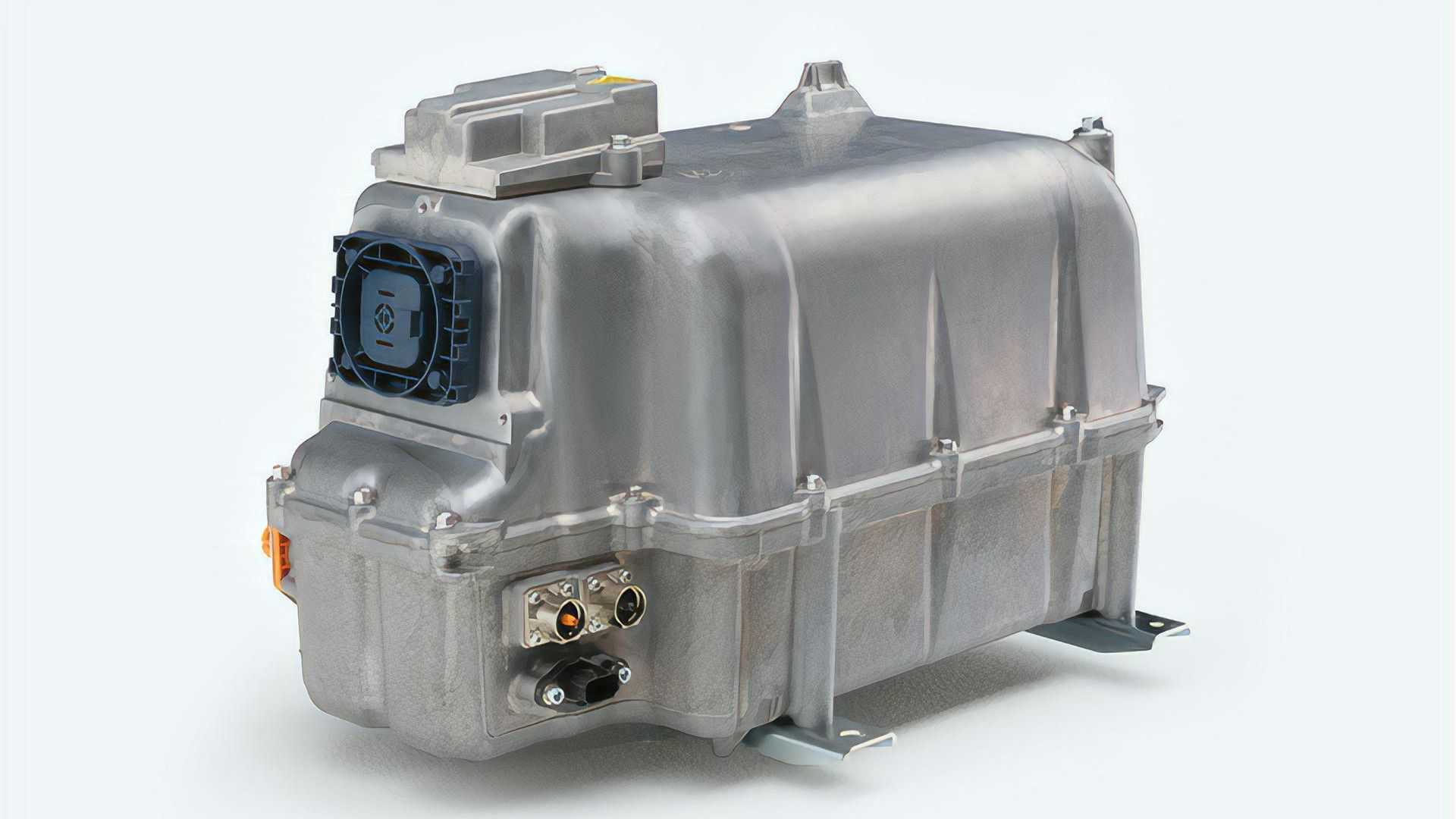 Other perks of the E01 include the “mass centralization and decreased unsprung weight,” (a huge benefit, thanks to Yamaha’s attention to ergonomics in their supersport offerings), as well as a super accessible (read; low) seat height of 29.7 inches, complementing the 13” wheels and belt drive.

The whole machine hugs the good ground at just over 348lbs, with suspension in the form of a telescopic front fork (and swingarm at the rear), and disc brakes to keep handling nice and nippy.

Here’s what we know of the release to the Japanese market this year, according to the report:

“From May 9 through May 22, 2022, Japanese applicants who are 20 years of age or older and are small motorcycle license holders in Japan (and who also have credit cards in their name), may apply for a limited-time lease program on any of 100 individual E01s. The monthly cost for an E01 on this lease program will be 20,000 yen, including tax—which works out to about $169 USD per month.”

“The program will last for a fixed period of three months, and riders can be located anywhere in the country. Once applications are approved, new E01 leaseholders will be able to pick up their scooters from Yamaha dealers nationwide between July 1 and July 31, 2022.”

For more stories like this, be sure to check back at our shiny new webpage here at wBW. If you’re a busybody, sign up for the newsletter and we’ll do the skimming for you, hand-delivering a list of the latest twice a week to your inbox.

Drop a comment below letting us know what you think, and as always – stay safe on the twisties.