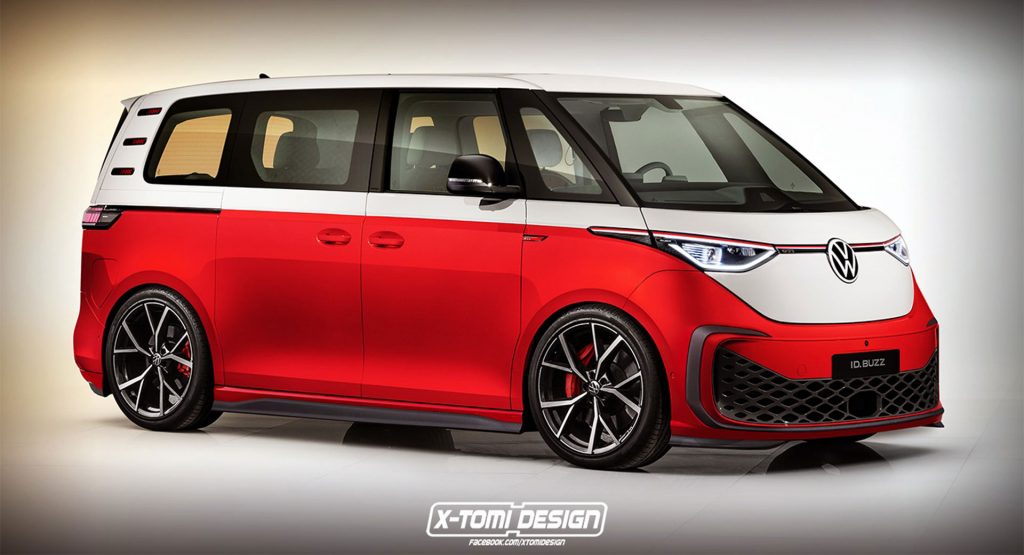 This is an independent rendering by X-Tomi Design and is not related to nor endorsed by Volkswagen.

Volkswagen will introduce a plethora of variants of the all-electric ID. Buzz, including an eagerly-awaited California camper van version. Could a high-performance model also be on the cards?

Prompted by the idea of such a vehicle, X-Tomi Design has created this rendering. It depicts the ID. Buzz in GTI guise and while we’re sure VW won’t use the GTI badge if it does indeed decide to juice up the electric van, the rendering does show that with just a few alterations, the overall look of the car can be transformed.

The designer has first tweaked the front of the van by finishing the grille in black, rather than being body-colored like the models showcased by VW in early March. GTI-inspired black shrouds have then been placed around the grille to provide it with some added aggression.

Elsewhere, the van has been equipped with a characteristic red accent that runs across the top of the headlights and the central light bar. Elsewhere, the overall ride height of the ID. Buzz has been dropped and it is now sitting on a set of unique multispoke wheels.

VW has not yet unveiled all variants of the ID. Buzz and only recently showcased it in standard-wheelbase guise for the European market. This model comes standard with an 82 kWh battery pack and will initially be paired exclusively to a rear-mounted 201 hp electric motor with 229 lb-ft (310 Nm) of torque. VW has also confirmed the ID. Buzz is equipped with bi-directional charging, meaning it can feed power back into the grid. 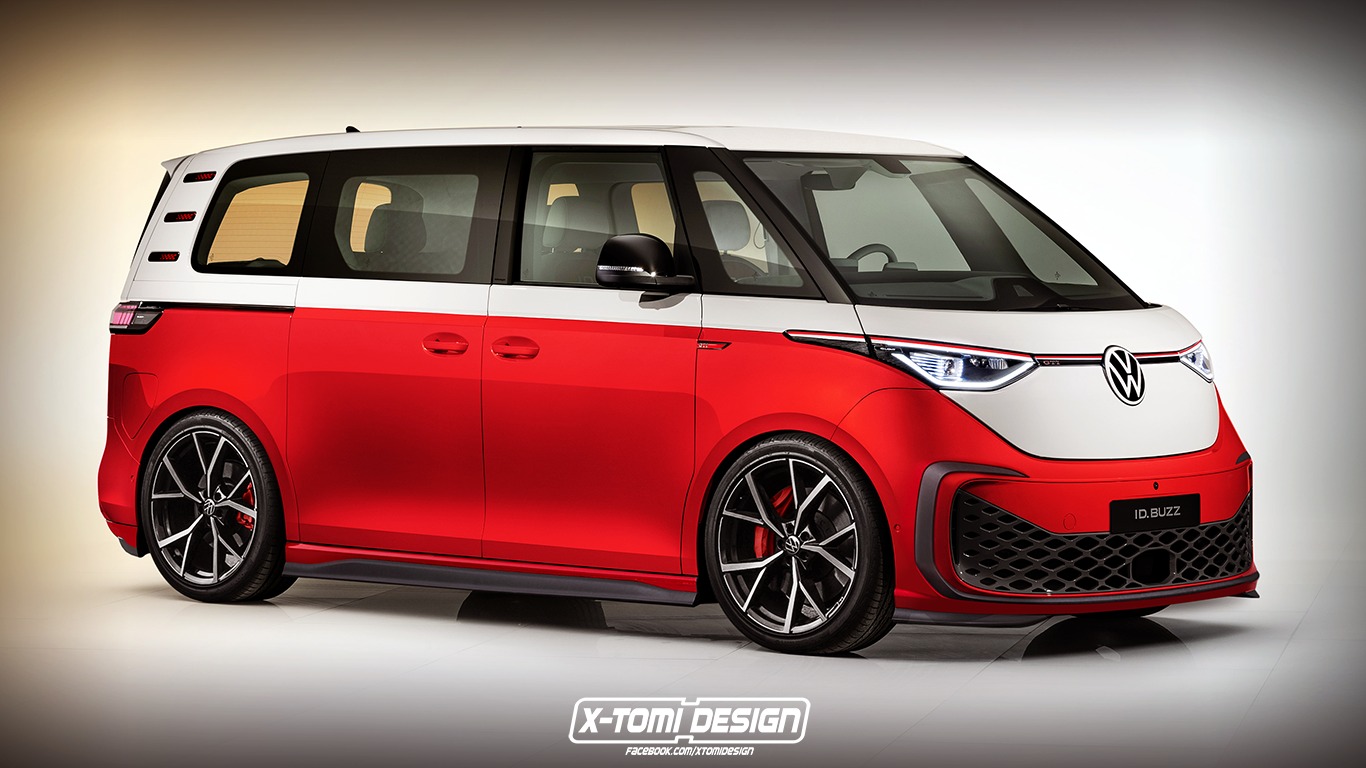