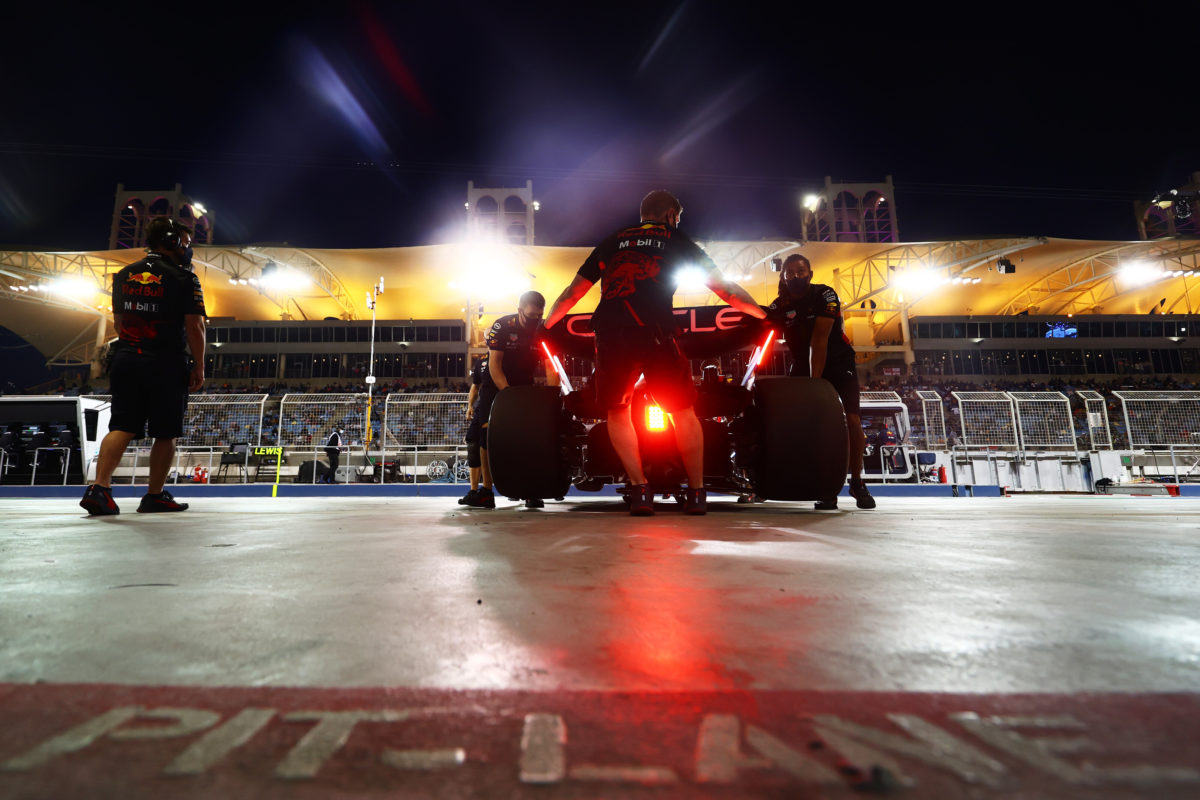 Red Bull ended the Formula 1 Bahrain Grand Prix with both cars suffering a seemingly related issue in the final laps.

Max Verstappen slowed shortly after ceding third place to Carlos Sainz in the closing stages, while Sergio Perez spun almost within sight of the flag.

Both sat in podium positions at the time of their respective dramas, with the team arguably losing out on 30 points had both cars gone the distance.

“It looks suspiciously like the failures are related to each other, looks like potentially an issue within the fuel system.”

In the laps prior to Verstappen’s retirement, the Dutchman had been battling heavy steering in his RB18.

Meanwhile, Perez reported a loss of power moments before he spun, the rear of the car appearing to lock as he navigated Turn 1.

The Mexican was running third at the time, inheriting the place following Verstappen’s demise.

To that point, it had been a promising race for Red Bull.

Both drivers ran towards the front of the pack, and an aggressive three-stop strategy threatened to take the race to Ferrari in the closing stages.

However, that was not to be when Pierre Gasly’s AlphaTauri ground to a halt and triggered a late Safety Car.

All told, it meant three of the RBPT-Honda powered cars failed to reach the flag.

“The positive side for us was we had a very competitive car,” Horner said.

“I don’t think we had quite the pace of Charles [Leclerc] today, but some great racing between Max and Charles.

“And I think when you look in from a season’s perspective, we need to get on top of the issue, whatever it was today, and come back strong next weekend.

“It’s something that we haven’t seen previously,” Horner added of the issues experienced in the race.

“Obviously we’ll strip the cars, we’ll get into it, we’ll understand what the issue was.

“I suspect it’s something similar between both because the symptoms look very, very similar.”

The double retirement for Red Bull marks the first time since last year’s British Grand Prix that neither of the Milton Keynes’ cars have reached the chequered flag.

Ferrari leads the constructors’ championship on a maximum 44 points courtesy of its one-two result and Leclerc picking up the bonus point for fastest lap.

Mercedes meanwhile, which ended the race third and fourth with Lewis Hamilton and George Russell, sits second in the teams’ competition on 27 points.

Round 2 of the 2022 season sees the circus head to Saudi Arabia, with opening practice commencing at 01:00 AEDT on Saturday.

2005 Cadillac CTS-V Is Our Bring a Trailer Auction Pick