Ferrari boss Mattia Binotto admitted being seized with anguish on his team’s pitwall when a late safety car reset the gap between Charles Leclerc and Max Verstappen in the closing stages of Sunday’s Bahrain Grand Prix.

After dicing wheel-to-wheel with Verstappen in the first part of the race and fending off the Dutchman, Leclerc had succeeded in putting some space between himself and his rival after the second pitstop.

But a safety car triggered by Pierre Gasly’s burning AlphaTauri with ten laps to go left Leclerc and Ferrari vulnerable to another attack from Verstappen on the restart.

The Scuderia strategists had wisely taken advantage of the race’s neutralization to offer Leclerc a free pitstop, but the Red Bull’s top speed meant that the Monegasque could be prey for Verstappen on the restart. 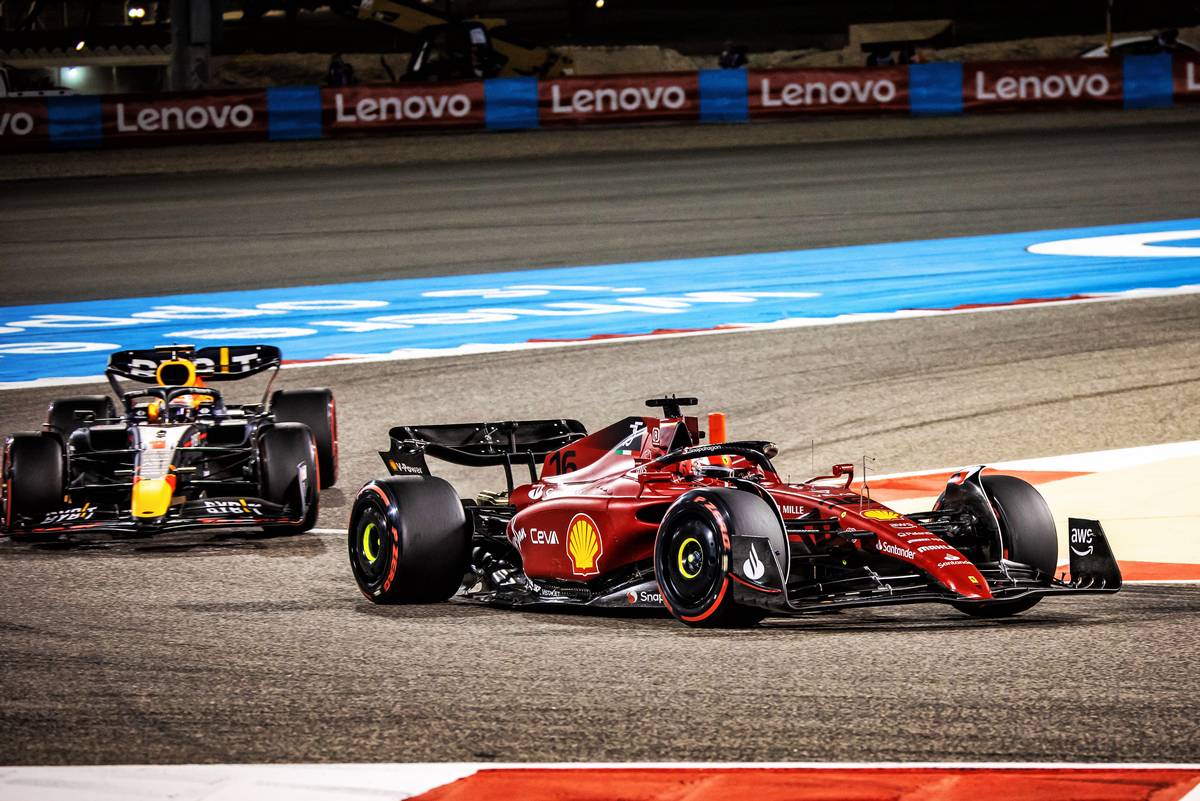 Fortunately, Leclerc managed once again to fend off his rival before Verstappen’s efforts were thwarted by a fuel pump issue, leaving the Monegasqque with a clear path to the chequered flag.

“I think it has been a great race,” said Binotto. “I think that Charles defended the position, [and it was] so nice to see him battling and fighting for the position, and for the win.

“We stayed out on our Medium tyres because, making the simulation and calculations, [Verstappen] should have needed two seconds per lap to catch up at the end of the race, and two seconds is a big amount.”

Binotto praised Leclerc’s tyre management during the race, with minimal degradation impacting his car. But the Scuderia boss also acknowledged that his team had benefitted from a bit of luck.

“Somehow, Charles was easy on the tyres and was managing the tyres,” he added.

“He felt comfortable, so for us it was easiest to stay out and try to consolidate the position.

“In the end, we were a bit lucky. [There was] certainly a heart attack for me on the pit wall when you’re consolidating the positions and you’ve got the Safety Car 10 laps to the end.