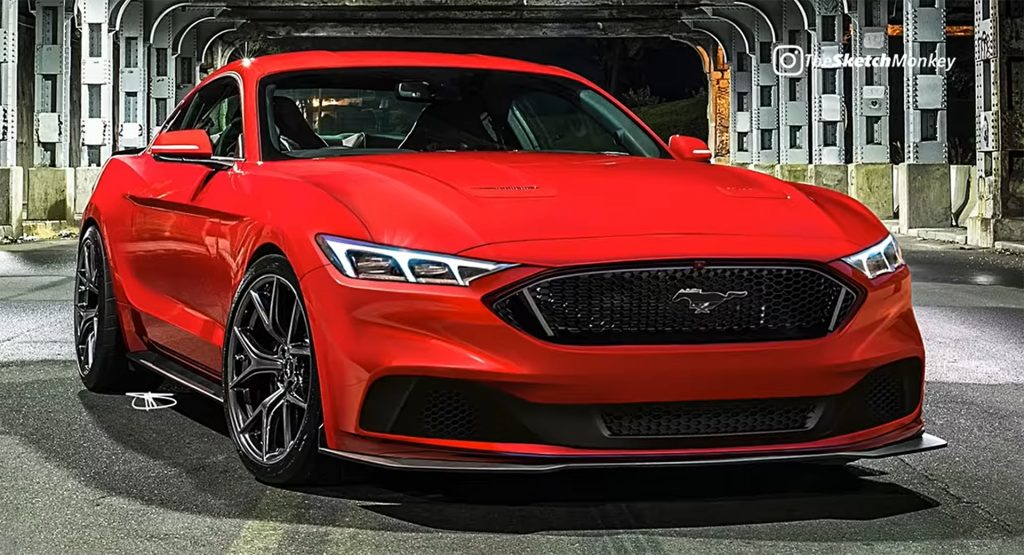 The current S550 Ford Mustang has been out for eight years now, and only a few months ago did we begin seeing any sign of its replacement, the S650. But now that we know a new Mustang is on the way, what will it look like? That’s the question TheSketchMonkey attempt to answer in his latest video as he creates a speculative rendering of Ford’s next-gen pony car.

After the original came out in the 1960s, the Mustang slowly started to lose its identity. The Mustang II of the 1970s got softer, bloated, and less powerful. The Fox Body of the 80s and 90s started to lose the Mustang’s classic design features and proportions. By the time the New Edge rolled around in the late 90s, it was essentially just a Mustang in spirit. But that all changed with the 2005 Mustang. From there, the design seemed to do the opposite, getting more and more “Mustang” with each successive generation.

However, based on the latest spy shots, it looks like we could be seeing that old pattern again with this new S650. Building off the trend of the current S550 Mustang, the S650 looks to drop even more visual weight, leaning much more heavily on a smooth, sweeping design language than its bulkier predecessors. Taking cues from the Mustang Mach-E, TheSketchMonkey envisions a sportier design over a more muscular one, with slim headlights and a curvy hexagonal grille at the front combined with similar proportions to the outgoing S550.

Overall, the rendering looks solid, but if this is what the next Mustang ends up looking like, we can’t say we’d be thrilled. It seems only time will tell, though, and we’ll just have to wait for the car’s expected release around 2024 / 2025 to find out for sure.