Buckle up guys, because the compact SUV segment that has been ruled over by the champion Hyundai Creta and its sibling the Kia Seltos is about to witness the launch of a new SUV from the country’s largest carmaker Maruti Suzuki India Limited.

The model is being developed in association with Toyota and will be based on the Daihatsu-sourced DNGA (Daihatsu New Global Architecture) modular platform. This upcoming SUV’s Maruti Suzuki version has been codenamed YFG and the same is being referred to as the D22 in Toyota’s division. Upon launch, this new compact SUV will be rivalling the likes of the Kia Seltos, VW Taigun, Skoda Kushaq, MG Astor and others. The Suzuki and Toyota versions of this SUV are already being tested in India, and spyshots of them have appeared on CarToq recently. 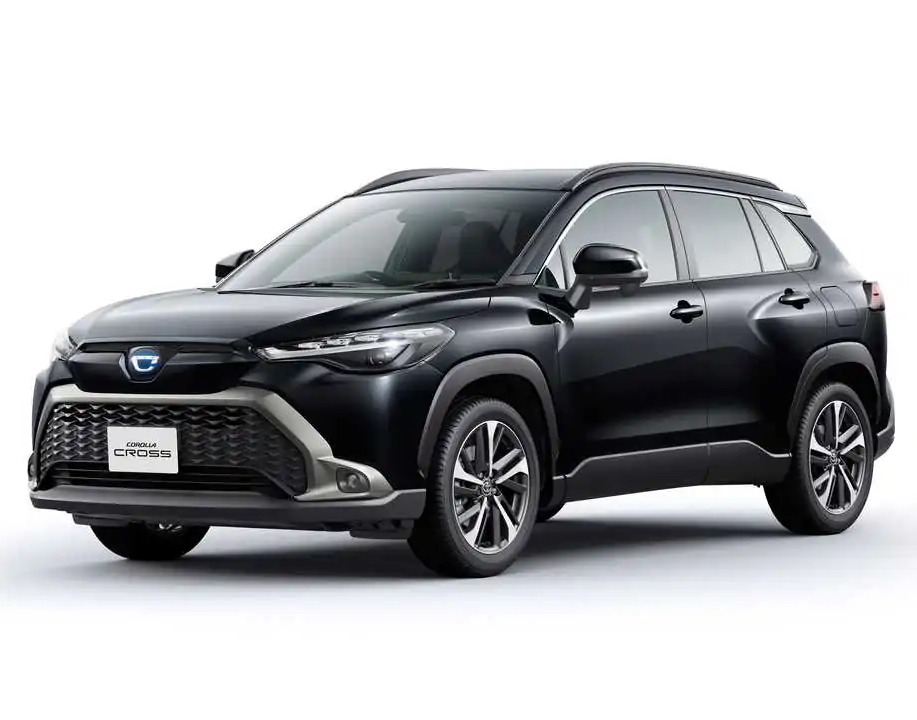 This is the Toyota Corolla Cross – the Maruti SUV may resemble this in profile. The front will be quite different, as we just saw with the new Baleno-Glanza launches.

Although both of these models will be based on the same DNGA platform, the design language will be unique to each of them. The recent spy shots of the SUV pair has been spotted on India’s roads during testing, although not a whole lot of design elements could be seen because of the heavy camouflage.

At a glance at the images of the test mules, we see that the overall silhouette resembles the Toyota’s Corolla Cross and RAV4 SUVs. While in terms of the exterior design we believe that the Maruti YFG will come with a new grille and a setup of split headlamps with LED DRLs. Similarly, the Toyota D22 will also come with split headlamps with dual LED DRLs and big air dams along with a honeycomb mesh grille.

The pictures on this page are those of the Corolla Cross and the RAV4, whose designs may influence the Maruti-Toyota SUV. We hope they do – but only the good parts of them!

Will they look good?

Fingers crossed! Both are not brands that are known for very attractive designs, visually. Both, however, are well-known for practicality. Toyota Corolla Cross and RAV4, whose designs might influence the new SUV, are good-lookers in profile but from front designs are, well, so-so. Can Maruti give us a good-looking SUV? We hope they do.

The Daihatsu New Global Architecture has been developed by keeping the emerging markets in mind and this will translate into the SUVs being lightweight and have enhanced rigidity. The Architecture will also boast a new suspension setup and underbody.

As for the features and creature comforts of these SUVs, we can expect the models to be equipped with fairly new technologies. And judging by the current standard of this SUV class, a big infotainment touchscreen display, connected car technology along with other bits and bobs should make their way into the production models.

According to media reports around the forthcoming SUVs, it has been assumed that the Maruti YFG and Toyota D22 could be offered with the Maruti Suzuki’s 1.5L K15B naturally aspirated petrol engine. Power output figures for this motor stand at 104hp and 138Nm torque. However, if additional rumours are to be believed, these numbers will see a slight bump due to the inclusion of Maruti’s hybrid technology. It should also help in the increment of fuel efficiency as well. As usual for Maruti, we may get a CNG version soon after the launch.

No official dates for the launch of the Maruti or the Toyota SUV have been released yet but we can expect the launch, sometime during the Diwali season of this year. And as for the pricing, the models could be offered in the range of Rs. 10-18 Lakh to further challenge the likes of the current segment leaders.