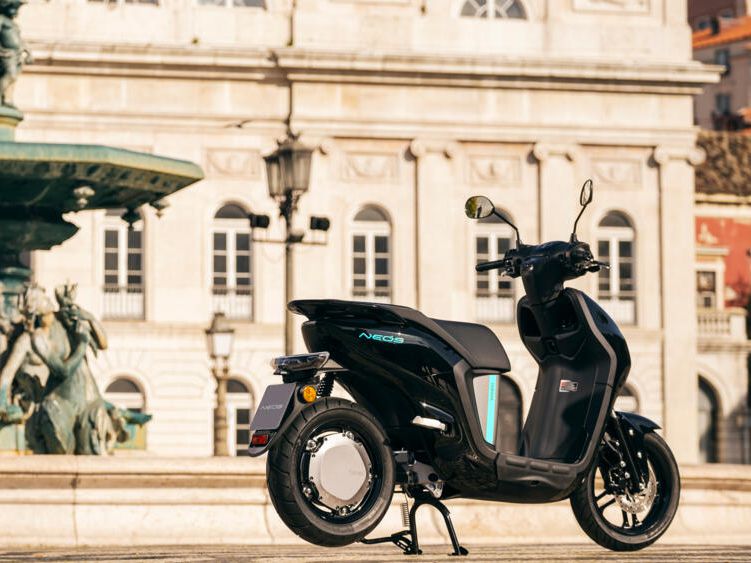 It’s probably just a matter of time until Yamaha enters the electric motorcycle fray in the US market. Until then, Yamaha’s Neo’s electric scooter will be silently carving through the Other Continent’s cobblestone streets and roundabouts.

Borrowing from the existing European market Neo’s scooters, the Neo’s is Yamaha’s first “50cc equivalent” electric scooter for said market, which only makes sense. Broadly speaking, Europe is a bastion of small-displacement, two-wheeled transport. Old cities with street layouts dating to the Middle Ages make scooters ideal. And with said cities planning a future without internal combustion engines, the Neo’s is arriving just in time.

The Neo’s features a removable 50.4V/19.2Ah lithium-ion battery powering a hub-mounted brushless electric motor with direct drive. Yamaha loves its acronyms, so this is known as the “Yamaha Integrated Power Unit,” or YIPU. Riders can choose between two ride modes, STD (more power, 2.06kW at 25 mph) and Eco (more range, 1.58kW at 19 mph). Top speed in Eco mode is limited to 21 mph, giving a claimed range of 24 miles.

An optional second battery can extend range to 42 miles and works seamlessly with the standard one. A provided portable charger works in standard household power outlets and takes about eight hours to charge fully, either plugged in to the Neo’s, or removed. Just a guess, but the removable battery likely doubles as a convenient anti-theft feature.

Being a Yamaha, that company’s proprietary MyRide app integrates incoming calls and messages plus a variety of other charging-related info and statuses. The tiny LCD screen provides basic notifications, but a rider’s smartphone will have to double as the unprovided TFT display. There doesn’t seem to be a smartphone mount for navigation, so watch which arrondissements you turn into.

Under the seat, the Neo’s has 27 liters of storage, enough for a helmet or the optional second battery, plus a few small items. There’s a grab bar and passenger pegs, but nothing resembling a cargo rack yet. A rather classic step-through look in front gives way to a pleasing, almost radical design in back showing off the hub-mounted motor and single-sided swingarm.

No MSRP has been released, but the Neo’s simplicity and no-frills design suggest an accessible price point; just a hunch. Model will be available in select European markets starting in May 2022.

Right side shows off the hub-mounted motor and single-sided swingarm nicely. (Yamaha Motor/)

The 50.4V/19.2Ah battery is removable, for charging or perhaps anti-theft purposes. (Yamaha Motor/) 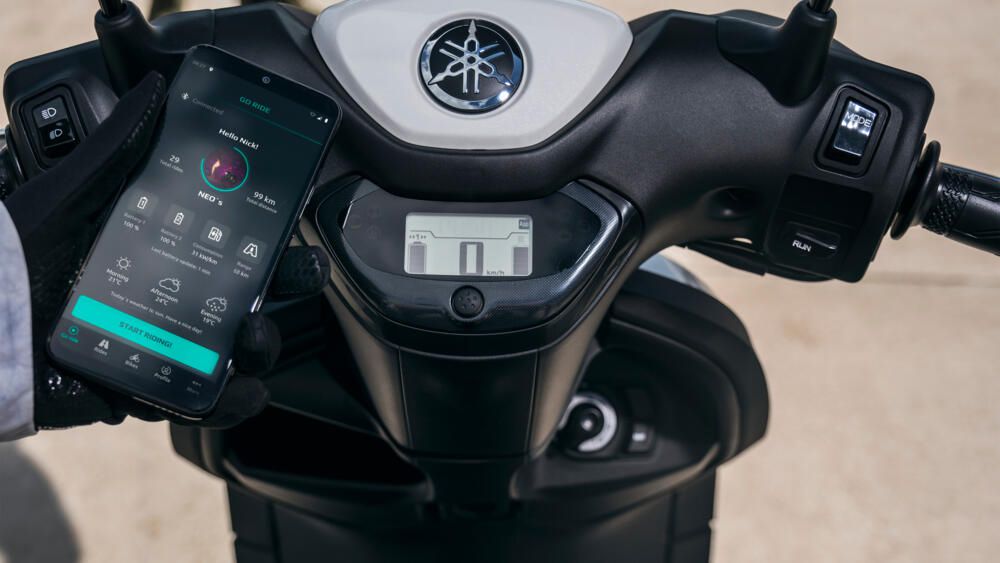