While I typically keep a narrow focus on the content of this blog, that being to obsessively cover the BMW i3 electric car, occasionally I’ll post something if I feel it has particular importance to the electric vehicle industry as a whole. Such is the case with this entry. For those of you unfamiliar with the Volkswagen “Clean Diesel” scandal, it basically amounts to the fact that Volkswagen cheated the emission testing in place and flooded the market with highly-polluting vehicles that were improperly called “Clean Diesel”.

As a result, the Volkswagen Group was fined a record amount of money and forced to buy back or fix nearly half a million cars in the US which were operating in conflict with US emission laws. As part of the penalty, Volkswagen was ordered to pay a 2 billion dollar penalty, which would be used to fund zero emission infrastructure, and improve access to ZEVs.

On face value, the proposed Dieselgate settlement initially seemed like it might provide the monumental boost to public electric vehicle charging infrastructure that many have been waiting for. The Volkswagen Group has agreed to pay $14.7 billion for intentionally deceiving the public, and selling “Clean Diesel” vehicles that emit up to 40 times the legal limit of certain pollutants. There are three parts to the settlement:

• Buybacks and financial settlements to owners of 466,000 affected vehicles: $10.0 billion 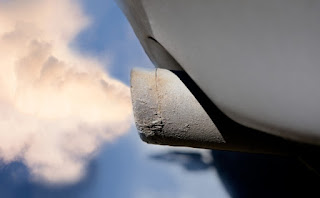 However, as the October 18th court date approaches at which time U.S. District Judge Charles Breyer is set to decide whether to grant final approval to the settlement, the details of the infrastructure part of the settlement are, to say the least, concerning.

As it stands now, the Volkswagen Group will have little oversight as to how they spend the 2 billion dollars earmarked for infrastructure and improving access to ZEVs. (CARB will be reviewing and approving the California projects and the EPA will be doing the same for the rest of the country) I question why Volkswagen will have ANY discretion as to how the penalty funds are spent, let alone near complete control over it. Volkswagen isn’t in the electric vehicle infrastructure business. In fact, they are barely in the electric vehicle business as it is today. The only OEM that I’d actually trust to do infrastructure implementation properly would be Tesla, because their business model depends on it, and they’ve been doing it very successfully for half a decade already.

What if Volkswagen decides to start their own EV infrastructure company and use the funds to pay their own subsidiary to manufacture and install the equipment? (*EDIT: I’ve since read the full proposed transcript and I don’t believe they could actually do this, so that’s one good thing) We could end up with substandard equipment, and a network that has poor customer service, inadequate repairs and outrageous pricing models. Even if they were to do it right, and the company was successful, why should Volkswagen benefit from the penalty? What if they offered free charging for the first couple years so they could put all the competition out of business and then raised the prices to unreasonable levels? Indeed, you could do a lot of damage with 2 billion dollars and this settlement doesn’t provide any safeguards against that in its current form.

Last week ChargePoint asked the courts to intervene, and Judge Breyer accepted the plea. It’s ChargePoint’s position that the way the settlement is currently constructed, Volkswagen is “solely responsible for every aspect of selecting the National (ZEV) investments…including timing and locations”. Among concerns that Volkswagen isn’t experienced enough in the electric vehicle infrastructure business to have sole discretion over sure a large fund, Chargepoint is also concerned that Volkswagen will have too much say over the future of electric vehicle charging. Since the amount of funds available in the fund is so great, Volkswagen could dictate the fate of many of the existing companies and decelerate advancements, often fostered by fair competition: “If the settling defendants become the sole source for electric vehicle infrastructure, it will stifle innovation in industries designed to support electric vehicle recharging.”

I have to agree with Chargepoint on this issue. I don’t believe it’s in the best interest of the electric vehicle industry to allow Volkswagen to have sole discretion over how to spend these funds. 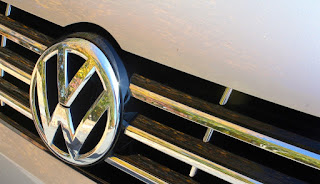 Personally I’m not rooting for ChargePoint over Car Charging Group, or for EVGo over Greenlots, etc. I believe the market will sort that out, and eventually the stronger networks which provide the best equipment and customer service will emerge as the dominant forces. However, the enormity of this settlement could have the opposite effect, and allow VW to crush the competition before the natural evolution and survival of the fittest has time to take effect. If the stronger companies of today aren’t even allowed to bid on projects funded by this penalty, they could end up dying before they have the chance to flourish and provide the marketplace with superior products and services.

I’d like to see an independent council appointed to oversee the infrastructure fund implementation, so as to not skew the marketplace. There should be appointees from various industry stakeholders, EV advocacy groups, like Plug in America, The Sierra Club, Clean Cities Coalitions, etc. Let the council decide how the money is spent and always offer open, competitive bidding taking in consideration more factors than simply the lowest bid. The council will be much more effective than Volkswagen could ever be, and we’ll probably get more robust equipment and better customer service as a result. 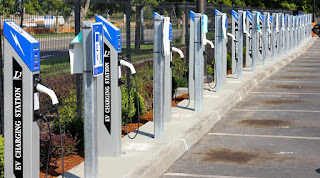 Volkswagen should not have near complete control over the money they were fined. They’ve proven beyond any reasonable doubt that they cannot be trusted when it comes to clean air initiatives. There’s too much at stake here. We have an opportunity to really advance the proliferation of electric vehicle charging infrastructure in the US, and provide the industry with a much-needed boost. This settlement should be modified to allow competitive bidding for all projects, to follow a master plan for national electric vehicle DC fast charging, and to add proper oversight and transparency.