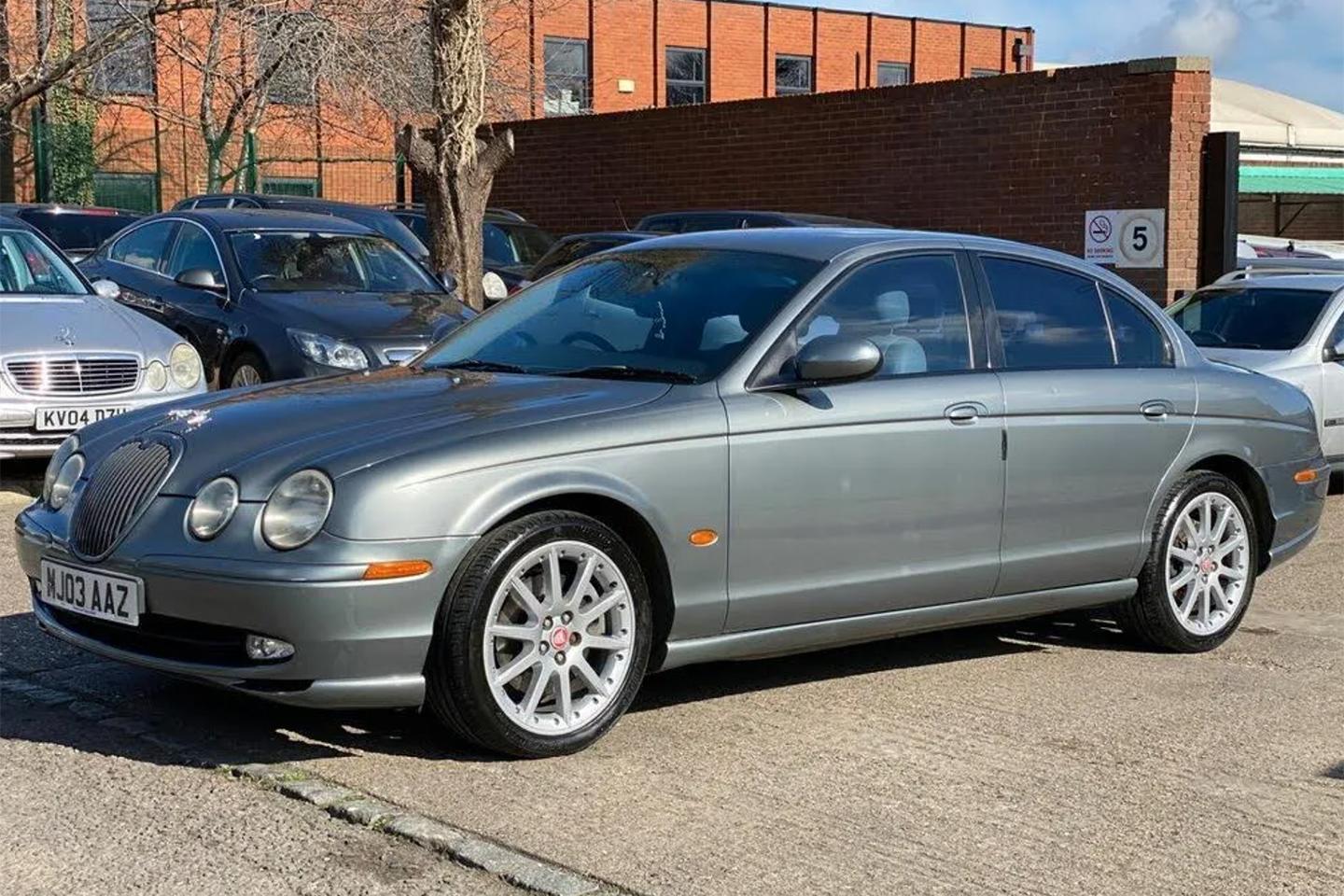 How do you know it’s Spring? For Shed, it’s when the various motors in his yard start getting plastered in brightly coloured bird poo as the flea-ridden feathered-up fly-boys discharge their first reconstituted fruits of the season.

By this definition today’s spangly looking sub-£1,500 Jaguar is thankfully not full of the dubious joys of Spring. It’s very clean. There is a crack in the rear bumper and a few insignificant blemishes on the front bumper, but apart from that Shed is at a loss to work out why this 119,000-mile S-Type from 2003 is priced at just £900. The wheels alone are probably worth more than that, presuming that the letters ‘BBS’ mean that they really are BBS items rather than hot out of the lockup of Billy’s Bargain Spokes.

Maybe the vendor knows something about this car that we don’t. Vendors usually do. In the private sales corner of the used car world the something they know is usually why the vending is happening, but unless there’s something truly catastrophic lurking beneath the bonnet leaper of this one it seems like (sorry) a lot of car for the money. 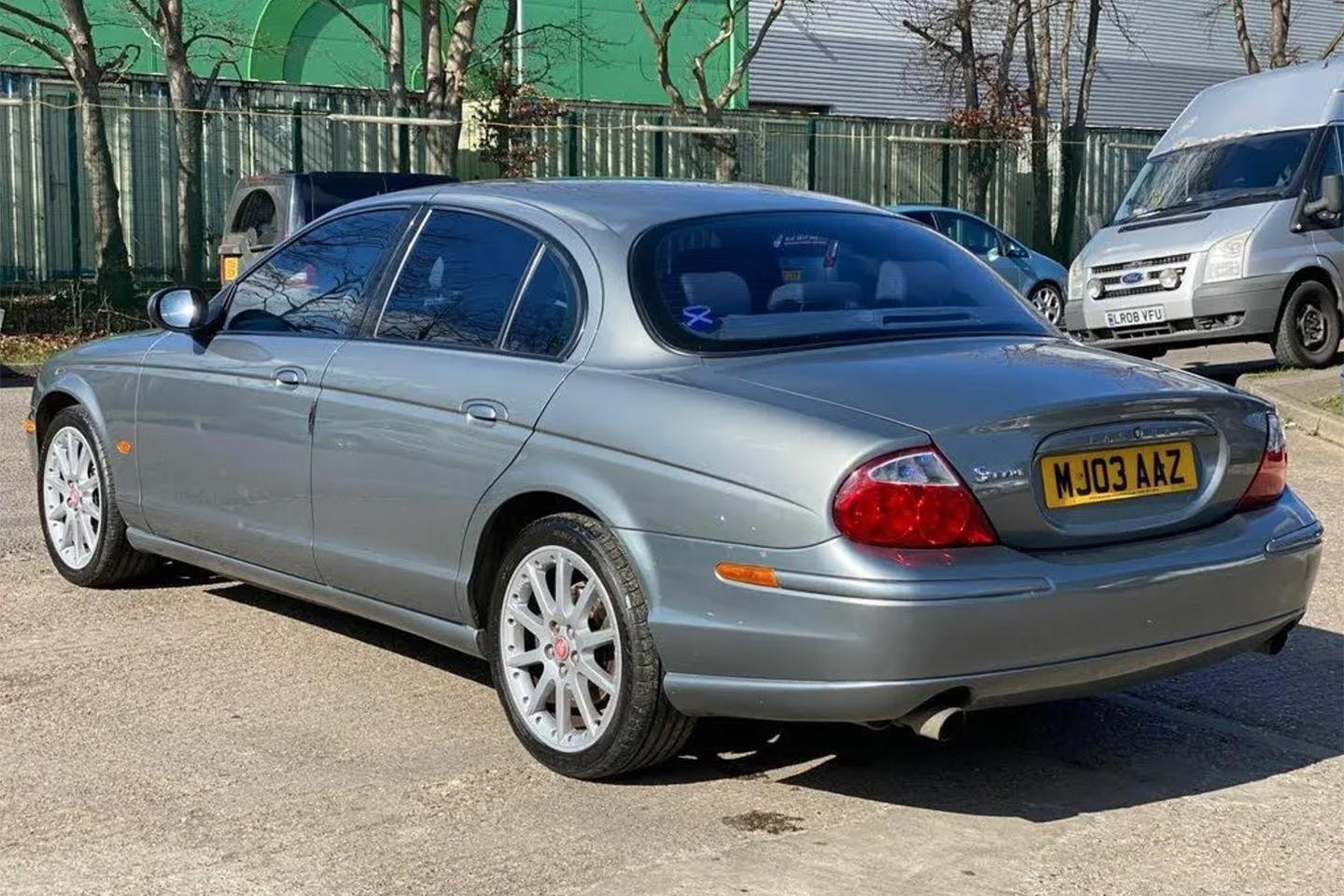 Actually, there is a (c) with this car, namely the seller’s honest admission that the engine management light, or message probably, is on. After wasting many years trying to work out why this should be a problem on cars that are otherwise running perfectly well, Shed has come to the zenlike conclusion that it must be the EML itself that’s broken, not the engine management system. At least that’s what he tells any villagers who bring their cars into his place for ‘diagnosis’, which in his case is looking thoughtfully at the engine bay for a few minutes while stroking his chin and occasionally waggling a plug lead. He tells them not to worry about it, or if they do worry about it then just to put some gaffer tape over the offending message. The old dears in the village are always very pleased to receive this advice because Shed only charges them a flat fee of £48 plus VAT for it, or £65 plus VAT if they want him to apply some actual tape.

There are some actual problems that rear up on these S-Types, many of them electrical – windows, seats, door locks, alarms, that sort of thing. This car was registered in April 2003, which means it should have had the recall work done on a couple of really very minor issues that arose in 2004, viz the auto box going into reverse when you’d selected forwards please, and the electronic parking brake that would randomly self-apply for some tyre-squealing excitement that was guaranteed to get your pacemaker jolting. Eeeh, them were the days, proper life-threatening faults, not like your namby-pamby ‘glove box might open’ recall issues of today. 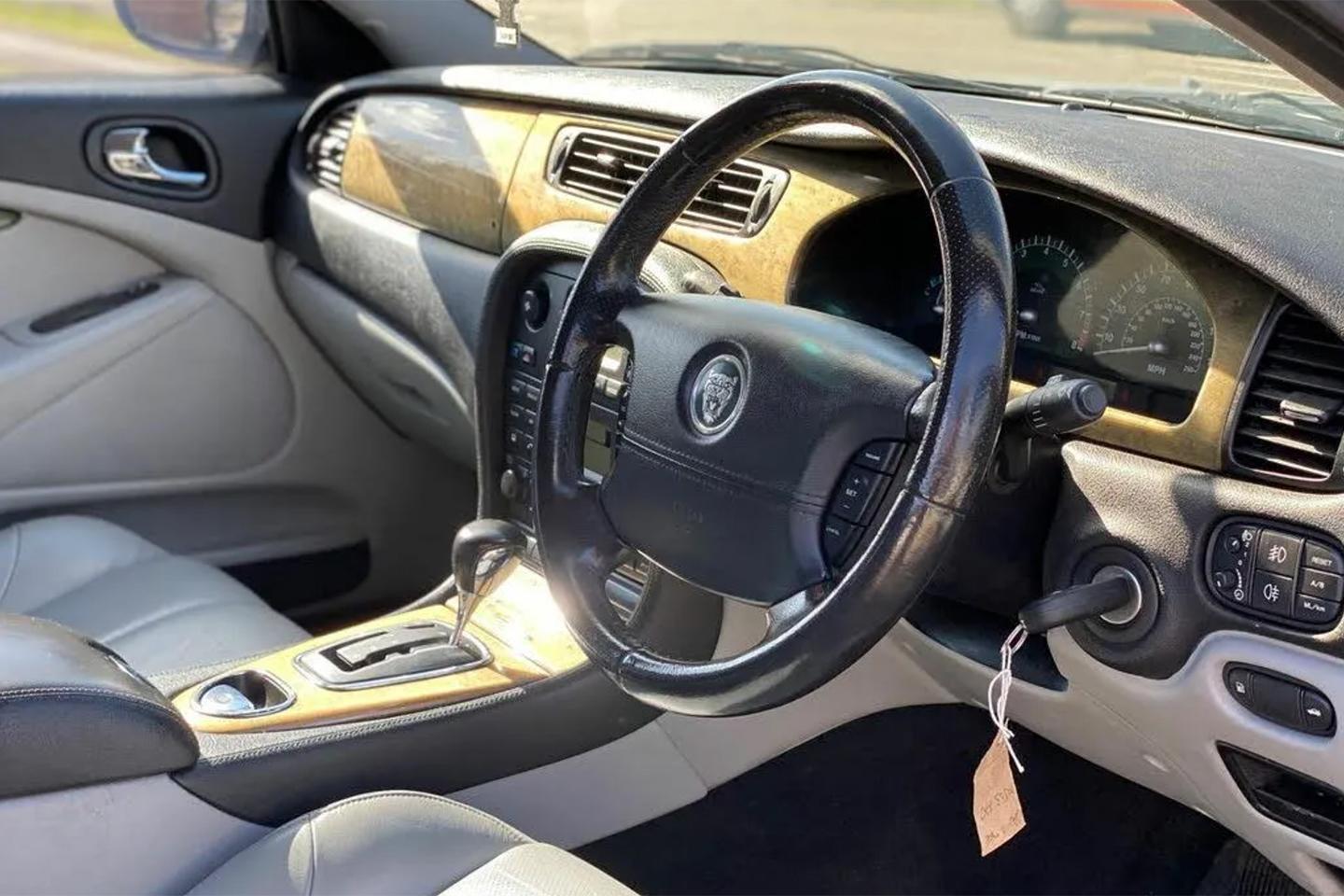 A corroded but not seriously weakened rear subframe was listed as an advisory on last September’s MOT pass, which was granted after the dangerously excessive corrosion on the front body structure had been sorted out, so let’s put that down as a (d) on the list. Other than that, nothing worth mentioning bar a couple of busted suspension dust covers. Worth getting them fixed if only to avoid more expensive work down the road.

Often the worst real-life problems that S-Type owners had in the day was dealing with Jaguar. They had the same high expectations as owners of any other Jaguar, but not every dealer shared the view that they were as good as XJ owners and as a consequence they sometimes behaved quite badly, while charging for work at the full Jaguar rate of course.

On the positive side the cabins on these later S-Types in particular were lovely, with excellent ventilation that would efficiently disperse noxious old-boy fumes and gases. Despite being the poor relation in the range the 190hp 2.5 V6 was a nice enough engine that gave you 0-60 in a relaxed 9.9sec with the 6-speed auto, or 8.6sec with the rarer 5-speed manual. It could also easily return mpg figures in the low thirties on a run, whatever ‘on a run’ means. As far as Shed is concerned every car journey is a run, but then he a miserable and cantankerous old pedant.