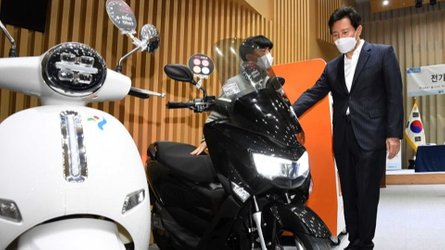 Last-mile delivery services are an essential element in keeping various busy Asian cities running. South Korea’s capital Seoul, for instance, sees thousands of orders placed every single day. It is indisputable that scooters are an essential part of the city’s transport sector. That being said, the shift to green energy has sparked several cities to accelerate the integration of EVs into the mainstream transportation system.

Seoul is no different. The capital city’s Metropolitan Government recently ramped up efforts in shifting the city’s delivery fleet to electric. In 2022 alone, the government plans to distribute a total of 7,000 electric scooters, the largest volume of electric scooters to ever be distributed in the city. Seoul has been working towards a green shift for more than a decade now, with the Metropolitan Government slowly distributing electric scooters for delivery since 2010, with a total of 11,798 units turned over in an 11-year period. The hefty goal of 7,000 scooters for this year is equivalent to 60 percent of all scooters ever distributed.

Naturally, there are several reasons as to why the city government seeks to replace gas-powered delivery scooters with electric ones. For starters, scooters’ internal combustion engines have been pointed out as one of the primary sources of noise pollution, particularly in residential areas. Additionally, given the massive distances these scooters travel in any given day, they generate substantially more greenhouse gasses than standard motorcycles for personal use.

Overall, Seoul’s Metropolitan Government seeks to convert 100 percent of the city’s full-time delivery motorcycles to electric by 2025. Surely a lofty goal, but clearly, steps are being taken to accelerate this. More particularly, for the first half of 2022, the government targets a total of 4,000 electric two-wheelers to be turned over. After this, another 800 scooters will follow for individual use, 500 units for businesses, and 300 units for those on the city’s priority list.

The use of electric two-wheelers will certainly present individuals and businesses with massive savings potentials, especially now given the rising prices of gasoline in the global market. Other countries in Asia, too, have begun ramping up the incentives surrounding EVs, particularly for use in last-mile delivery services.