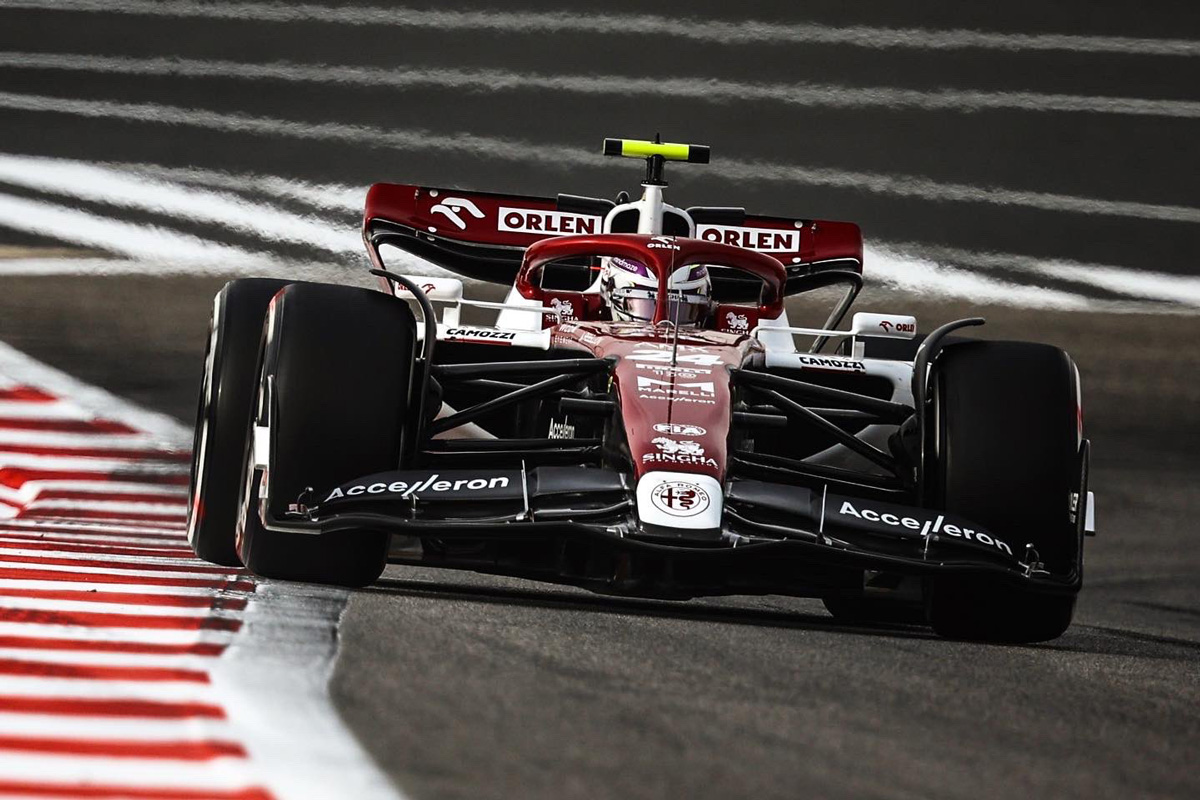 Formula 1’s sole rookie in 2022 is raring to make his mark on the world championship.

Zhou Guanyu will this weekend become the first Chinese driver to compete in Formula 1 when he lines up for Alfa Romeo Sauber at the Bahrain Grand Prix.

Zhou led the Formula 2 championship for a period of time last year before winding up third, 69.5 points behind Oscar Piastri.

He was announced in November to replace Antonio Giovinazzi at Alfa Romeo, making for an all-new driver line-up alongside Valtteri Bottas.

Now, his moment of truth has arrived, with his first full grand prix weekend less than 36 hours from commencing.

“I have been dreaming of making my debut in Formula 1 for years; this weekend will be an unforgettable moment for me and my country,” said the 22-year-old.

“It’s a moment I will relish, and so will my family and everyone who helped us on this journey. We have worked so hard to be here and I am grateful for all the support I have received over the years.

“The hard work doesn’t stop with my debut, of course. I am now in the most prestigious and competitive motorsport series and I am aware of the scope of the challenge ahead.

“I know how hard I will need to work and how quick I will need to learn. Thankfully, the team is around me and they have been superb at helping me be ready for this moment.

“I know so many people will be watching me on Sunday and I want to make them proud.”

For Bottas, it’s a new chapter after half a decade of playing second fiddle to Lewis Hamilton at Mercedes.

“This race is the start of a new chapter in my career and I am confident I can achieve the goals I set together with the team,” said the Finn.

“I’ve been impressed by the work ethic I’ve found since I first got to Hinwil and by the work we did over the winter: we encountered some issues in testing, but I know we’re on top of them and we can focus on achieving the best possible result on Sunday.

“It’s going to be a long season and it’s still a bit of a question mark in terms of where everyone stands – I think everyone is looking forward to a bit more clarity this weekend.

“The important thing, however, is that we keep working to unlock all the potential of the C42 and we focus on having a clean weekend. This way, we will maximise our chances to come home with a good result to start our season.

“I believe in this team and I believe we can achieve so much if we work hard together.”