What do the spy images reveal? The test mule of the motorcycle spotted by Rushlane gets the same rounded headlamp, curved fuel tank and triangular side cowls with rounded edges like those of the current-gen Royal Enfield Bullet 350. Some design elements indicate that this is an updated version of Bullet 350. The first, and the biggest visual highlight, is the engine casing, which looks similar to that of the J-Series engine available in the new-gen Classic 350 and Meteor 350. It looks completely different from the rounded casing of the currently available Bullet 350. It suggests that the new-gen Bullet 350 will also get the same 350cc J-Series engine from the Classic 350 and Meteor 350. 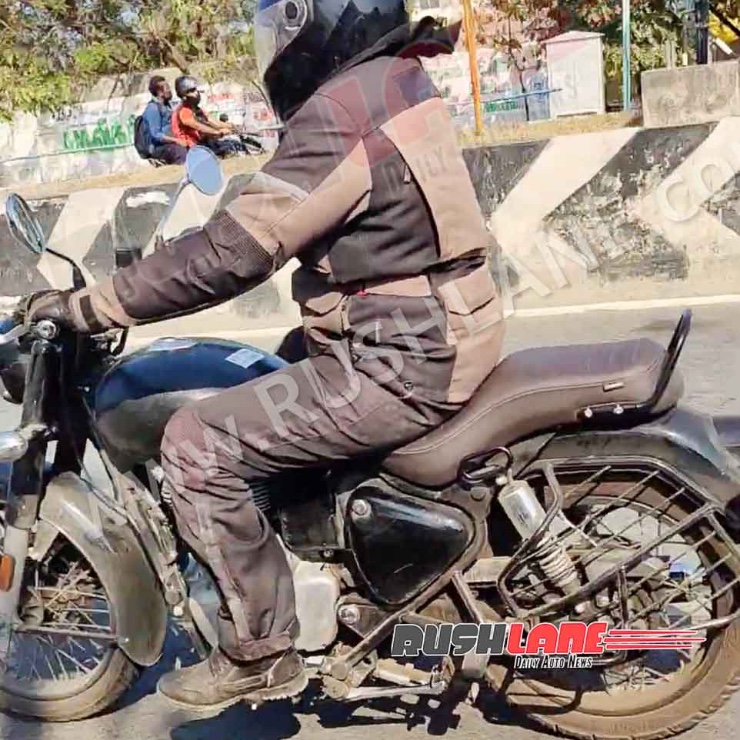 Another big change, which is a traditional design element of the Bullet 350, is the long and curved single seat. It is a different setup compared to the split seat arrangement in the Classic 350. This single-seat looks different with better cushioning compared to the ribbed-pattern seat of the current Bullet 350. Below this seat, one can also see that the new Bullet 350 has now adopted a double-cradle frame with the engine as its stressed member, which is different from the single downtube frame of the current Bullet 350. 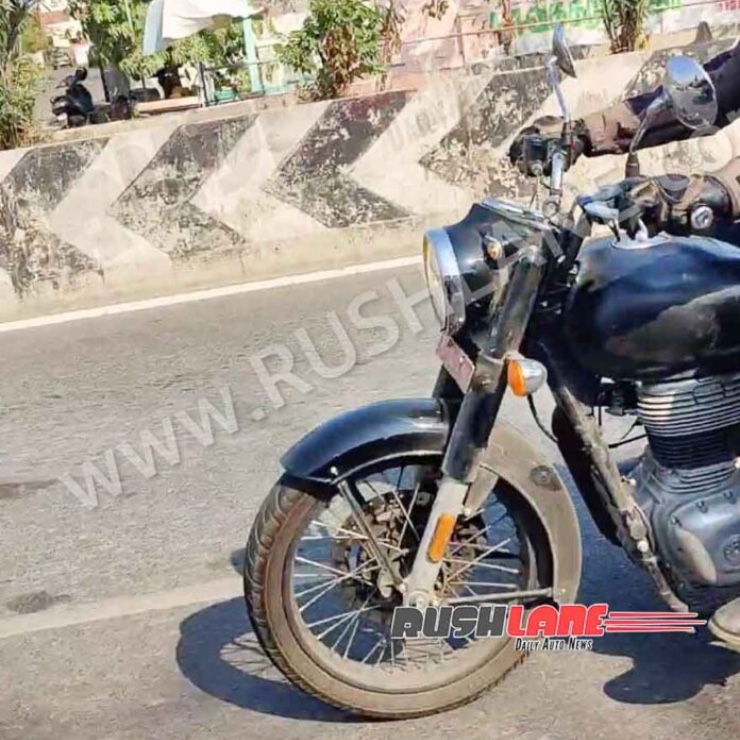 While the rounded headlamp of this test mule has chrome garnish around it, just like the current Bullet 350, the rounded tail lamp with rounded turn indicators is the same unit available in the new-gen Classic 350. The front and rear fenders of the motorcycle also look like restyled versions of those in the current-gen Bullet 350. The test mule of the updated Bullet 350 also had rounded chrome-finished rearview mirrors and a taller handlebar that is more inclined towards the rider.

Coming back to the engine, it seems that the Royal Enfield Bullet 350 is all set to make the big switch to the new-generation single-cylinder J-Series 350cc engine. This engine develops 20.2 bhp of maximum power and 27 Nm of maximum torque. The big change which may leave many Bullet purists in despair is the absence of a kick-starter lever in this engine. While this engine does not get a kick-starter in the Meteor 350 and Classic 350, it is interesting to see if the Bullet 350 will get a kick starter or not.