The Chevrolet Corvette Sportwagon was never actually built by Chevrolet, it was an aftermarket kit developed for the C3 Corvette that solved its single biggest problem – the total lack of useable trunk space.

When the third generation Corvette was released in 1967 it proved popular thanks to its shark-inspired styling. The one key drawback was the fact that there was no trunk lid, and the small trunk area was only accessible through the interior of the car behind the seats.

The Sportwagon – An American Shooting Brake

The “Shooting Brake” automotive body style that can be best described as a two-door coupe station wagon. It is believed to have been invented by the Brits, with the long rear cargo area being used for laying out guns and other equipment while on a hunt – hence the name shooting brake.

These two images show the cutting requited to fit a (Greenwood) Sportwagon roof to a standard C3 Corvette, the finished car is shown on the right.

Many shooting brakes were build by coachbuilders, dating back to the early days of the 20th century. More recently companies like Greenwood developed their own kits for cars like the C3 Corvette specifically to add practicality to the model by increasing cargo space.

The Chevrolet Corvette Sportwagon conversion kit was developed in two stages by two individuals, the idea was conceived by Chuck Miller when he was approached by a drummer in a rock band who wanted to be able to fit his drum kit into his C3 Corvette.

Miller developed a new fiberglas rear roof section that would turn the car into a station wagon, or shooting brake as the body style is classically known.

The Corvette has had a fiberglass body since the C1 was first introduced in 1953, this made the fabrication process far easier as it was just a matter of cutting out the rear trunk top section of the body and bonding the new fiberglass roof section. 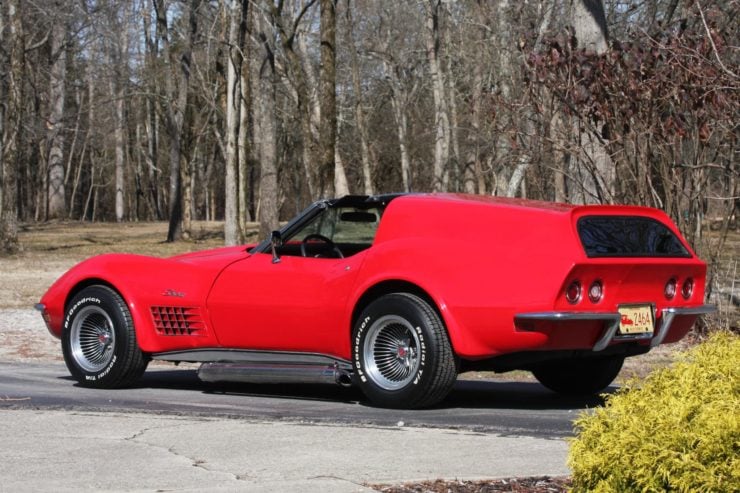 The design of the Sportwagon roof was well done, it blends in very well with the lines of the original car and looks like it could have been factory made.

The original design by Miller was undeniably attractive, but it lacked a little in the practicality department as the rear window was fixed in place and not openable, this required all the cargo to be loaded through the interior over the folded down seat backs.

A second design was developed later in the 1970s by John Greenwood, Greenwood’s design included an opening rear window and a number of other refinements, significantly improving the overall practicality of the concept.

The Greenwood Sportwagon was first shown at SEMA in 1976 where many orders were taken, it was then produced by Greenwood for a number of years as a kit for homebuilders to fit to their own C3 Corvettes.

There are relatively few surviving examples of the Chevrolet Corvette Sportwagon in existence, no one knows exactly how many where made, so they’re highly sought after by collectors.

The car you see here is a 1969 Chevrolet Corvette Sportwagon that uses one of the rare original kits developed by Chuck Miller. Unlike many of the later Sportwagon conversions this one has no side windows, it was called the “Panelwagon,” and the rear window doesn’t open. 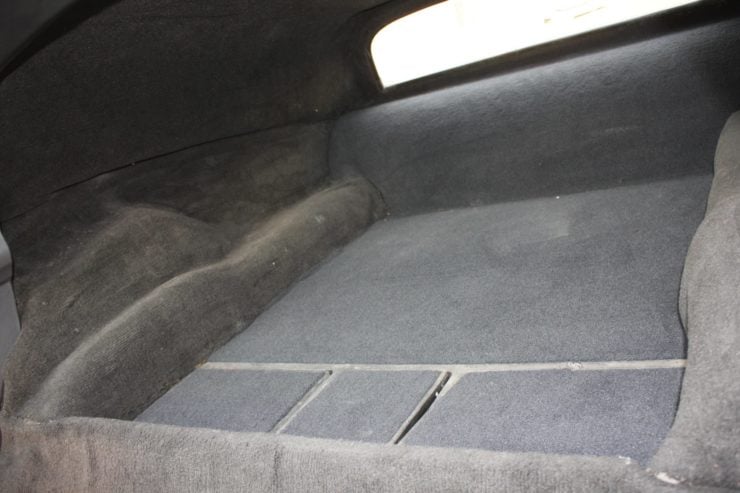 The space in the rear of the Sportwagon is vastly increased, making the car much more practical than the original C3 Corvette if you need to carry luggage or other cargo.

The cargo space is accessed through the interior of the car, you open the door and then lean the seat forwards to put things in and take them out.

This car has a number of other custom touches, the pop-up headlights have been removed to give the front of the car a smoother finish, new headlights were then installed behind the black grille up front.

The car is fitted with 15” turbine-style wheels fitted with BFGoodrich Radial T/A white-letter tires, and it has power-assisted four-wheel disc brakes. The interior was reupholstered in black vinyl sourced from Al Knoch Interiors in 2021.

Power is provided by a 350 cubic inch V8 crate engine featuring a single Edelbrock carburetor mounted to a Torker II intake manifold and an HEI distributor.

The car is currently being offered in a live online auction on Bring A Trailer out of West Harrison, Indiana. At the time of writing there are still a few days left to bid and you can click here to visit the listing. 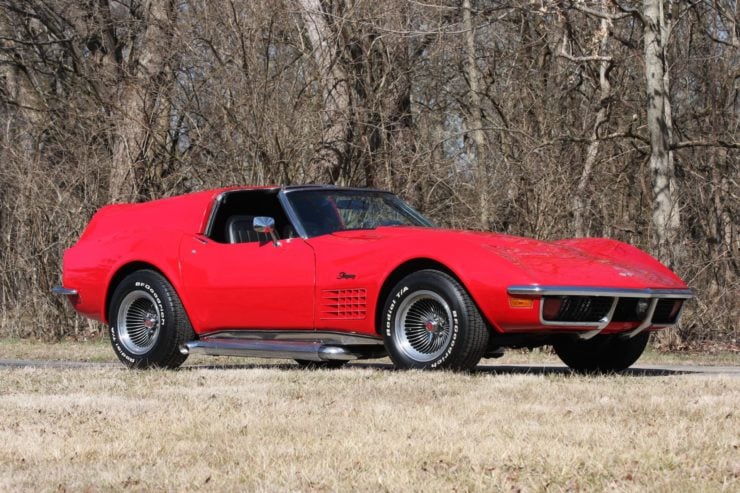 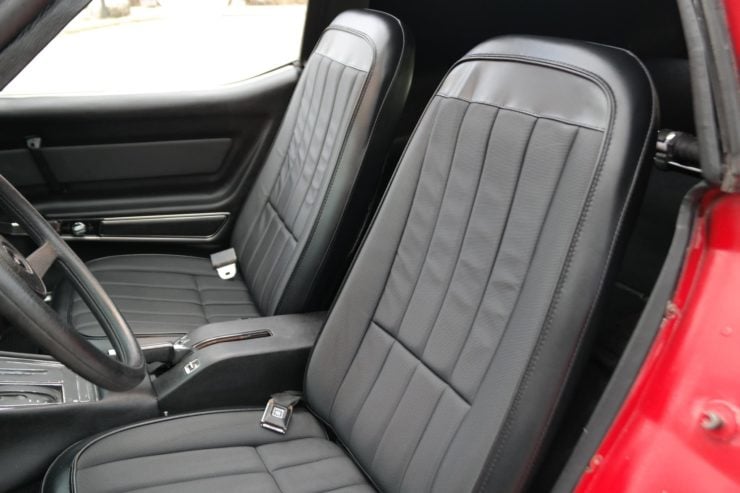 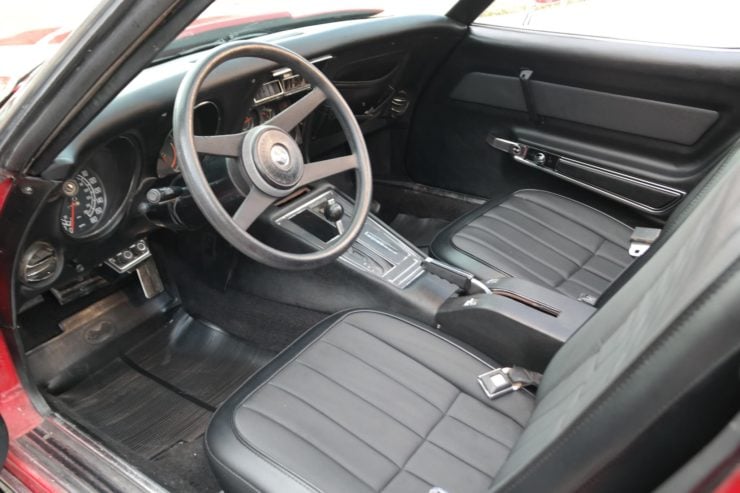 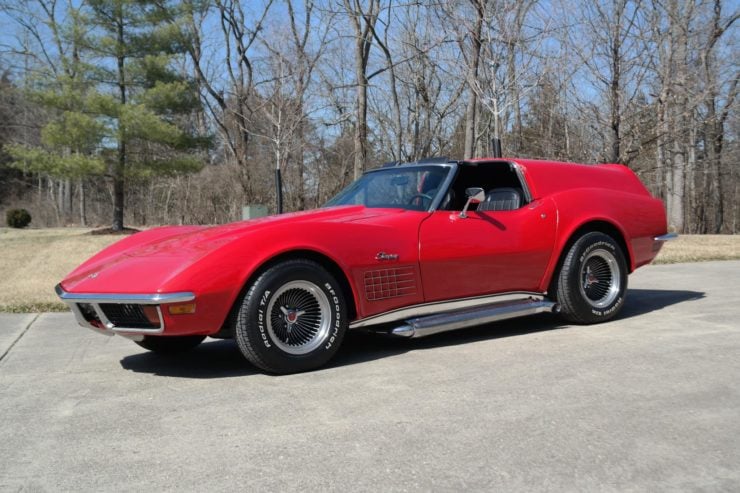 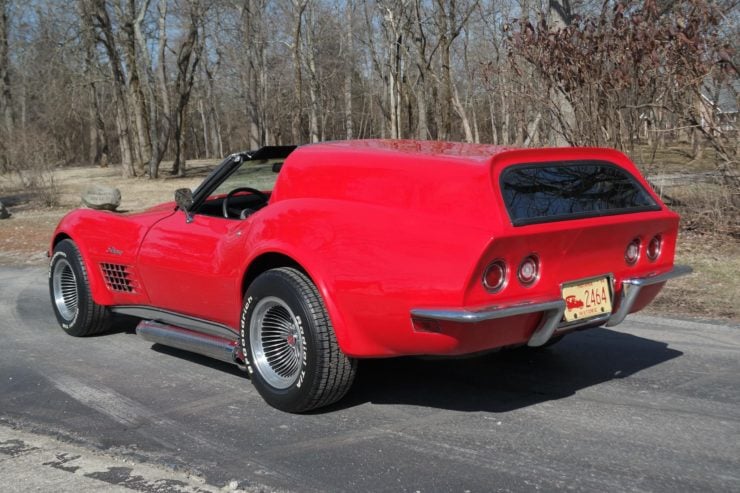 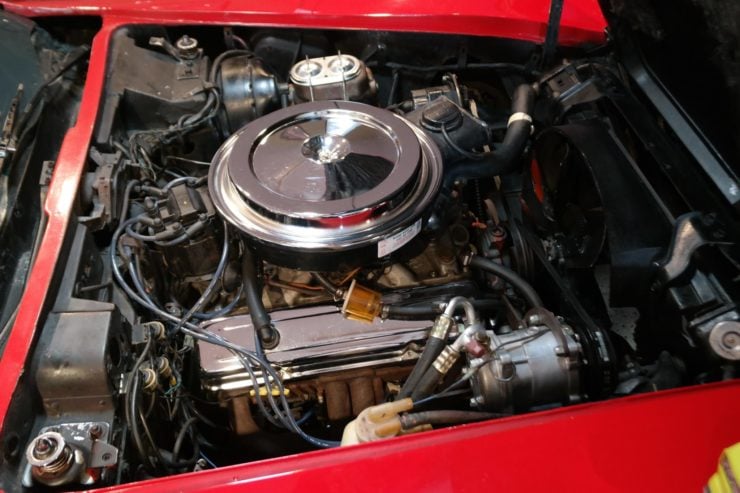 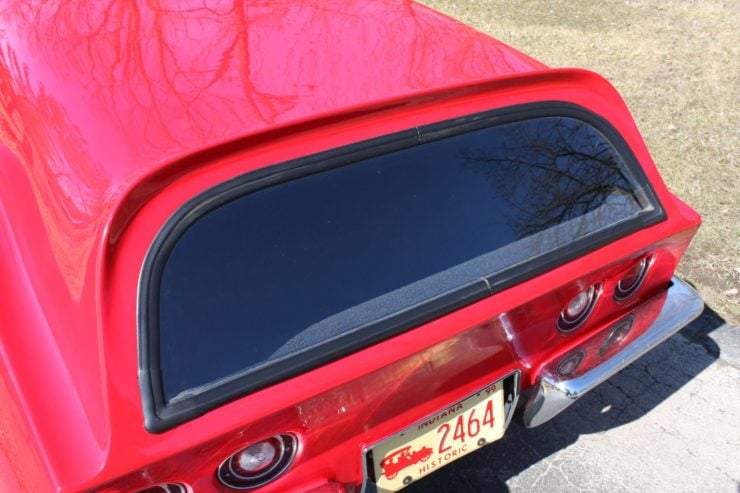 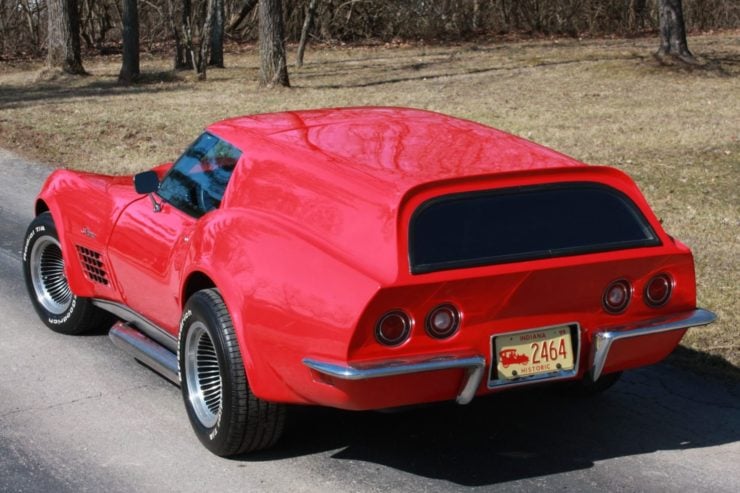 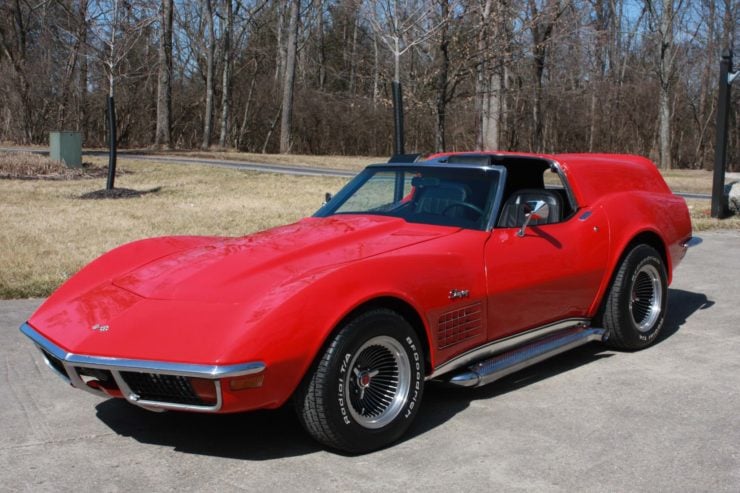 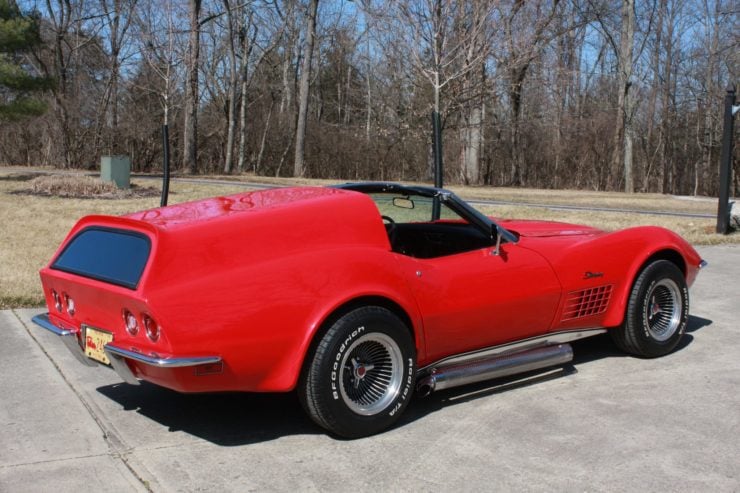 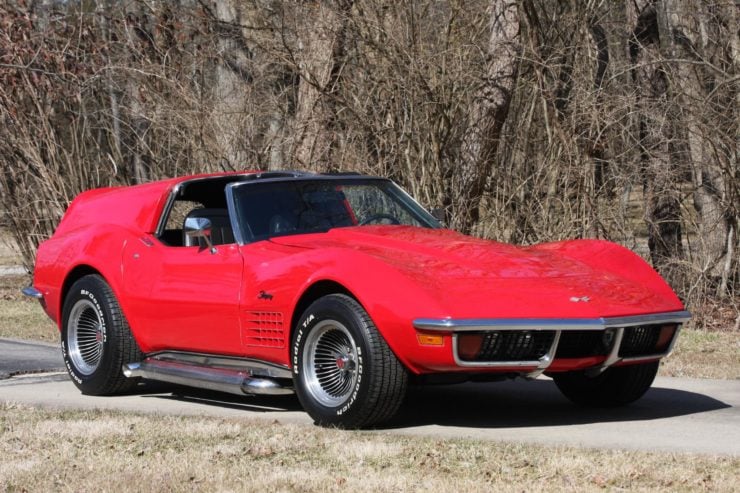 Images courtesy of Bring A Trailer