Welcome to our latest series of Retro Reviews that take us back in time through the BMW M performance division’s history. This review of a 1988 BMW M5 will be the first of several classic BMW M car reviews to hit our little slice of the internet in the coming weeks. We’re starting with the old, and making our way to the new. Enjoy the photos and the nostalgia. We hope you stick with us on this journey through time and a reexamination of some of BMW M’s most iconic performance vehicles.

Once upon a time, the BMW M5 was a hand-built super sedan that nobody knew about. BMW allotted only 500 cars for the United States in its first generation, where it was sold for only a single model year, because who would want a family sedan with an overpowered engine and sports car handling? Apparently, a lot of people did! BMW ended up building nearly triple its original production forecast for the 1988 M5 (E28), and the original buyers sued BMW because of it. Turns out, they weren’t so happy that their promised, low-volume, exclusive car wasn’t so low-volume and exclusive anymore.

Little did everyone know, even that expanded production run for the original M5 was paltry to what it come in the decades to follow. To this day, the M5 is BMW’s premiere luxury performance sedan, and it all started with this slant-nosed, spicy charmer.

That charm sets in the moment you lay eyes on it. There’s a reason that the M5 is known for its subdued and sleeper-like personality. Exclusively offered in black paint with a tan leather interior here in the United States, the E28 M5 is inconspicuous. It doesn’t scream M5(!) with extra vents, gold brake calipers or a vibrant paint job. Instead, it treads quietly with discreet M5 badges both in front and back and a curious rubber rear spoiler. The quirky offset twin exhaust pokes way out beyond the rather unfortunate 5-mph bumpers. BMW fitted utterly gorgeous M5-exclusive 16-inch alloy wheels to the M5 — the smallest wheels on offer for today’s M5 are 19-inch rims. 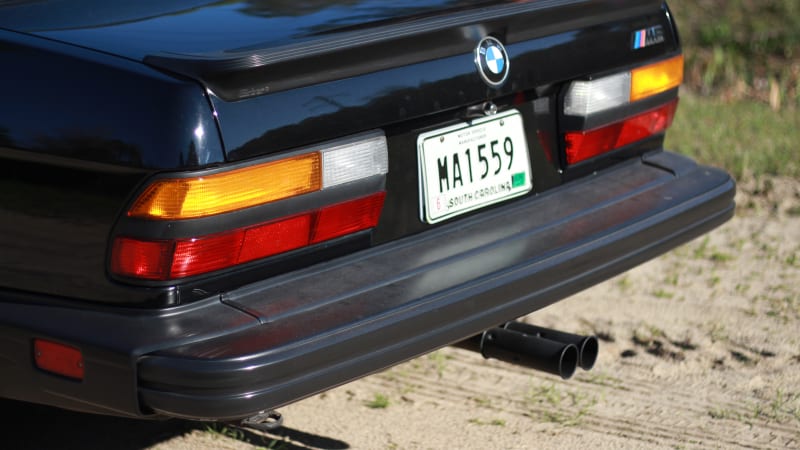 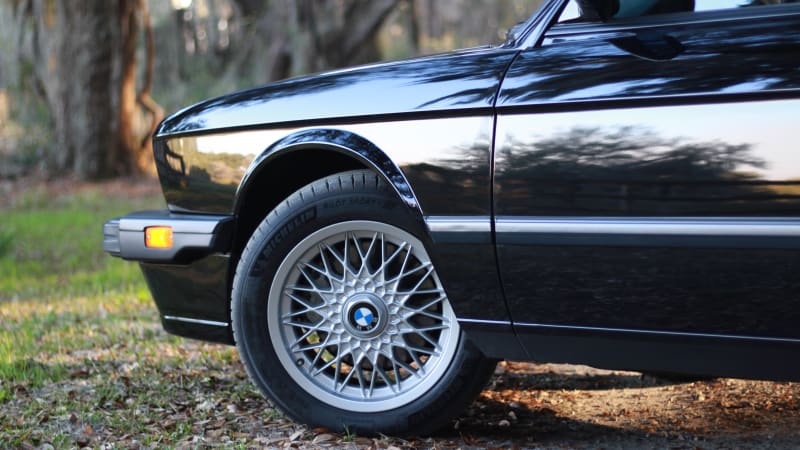 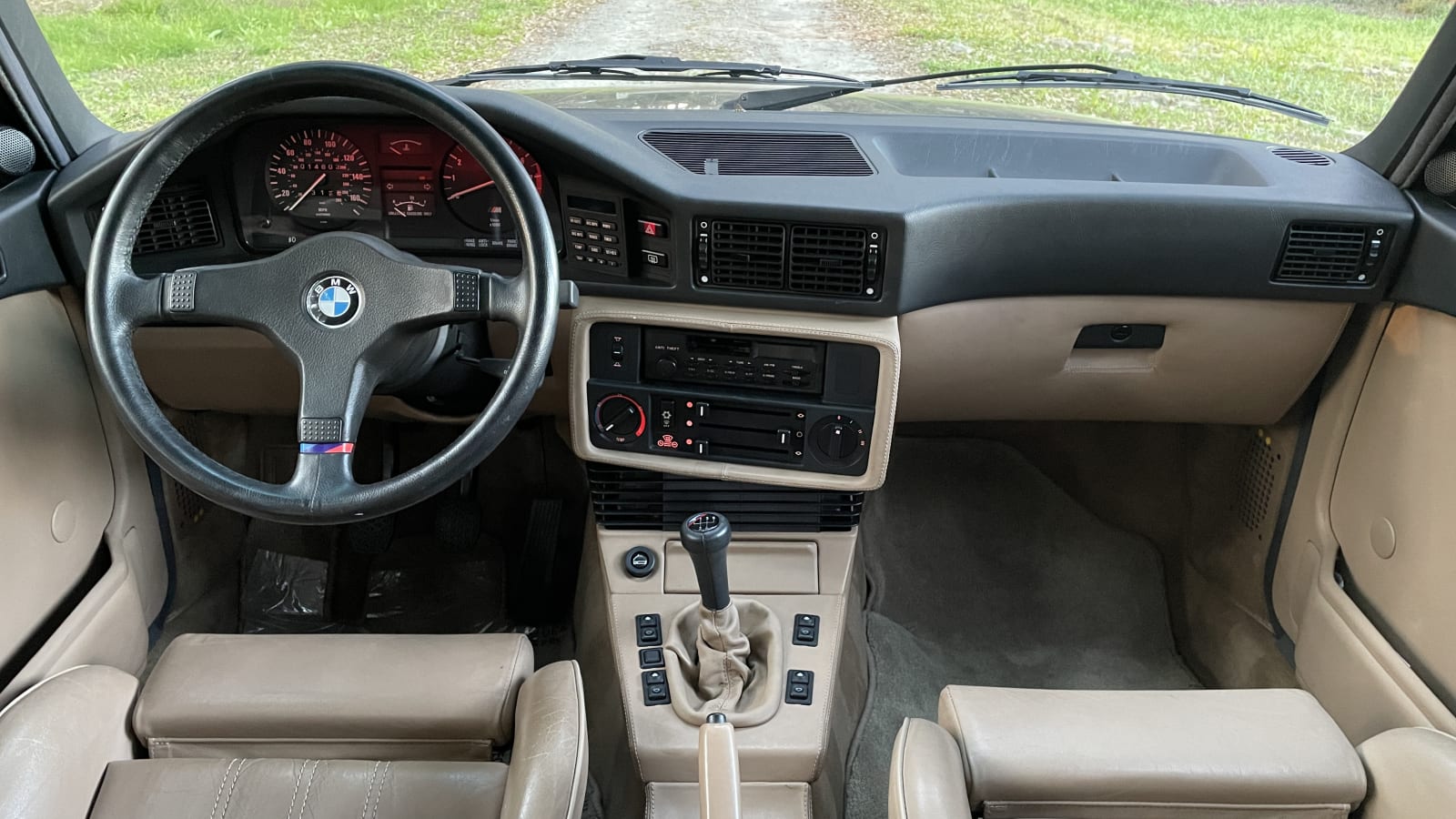 It’s when you hop inside the M5 — in my case, a pristine 14,000-mile example owned by BMW — that its true quality and luxury nature come into clear view. The high-bolstered, leather-wrapped seats hug closely. They’re fully-powered, too — even the thigh extensions and headrests are electric! Modern BMWs make you manually pull out your thigh extension, which is just a shame. That said, the location of said controls has improved in time, as the 1988 M5’s buttons are positioned between the seats and are, well, odd.

Little indications of this car’s “M” status are littered about. The seats feature the tri-color emblem, and so does the steering wheel. That thin rim is a tactical blessing to grip, but its angle of attack is a bit more bus than sport sedan. No such issues with the perfectly placed shifter for this five-speed manual transmission. Swapping cogs requires more than just flicks of the wrist, though, as it’s a full arm and shoulder movement to snick through each neatly-defined gear. 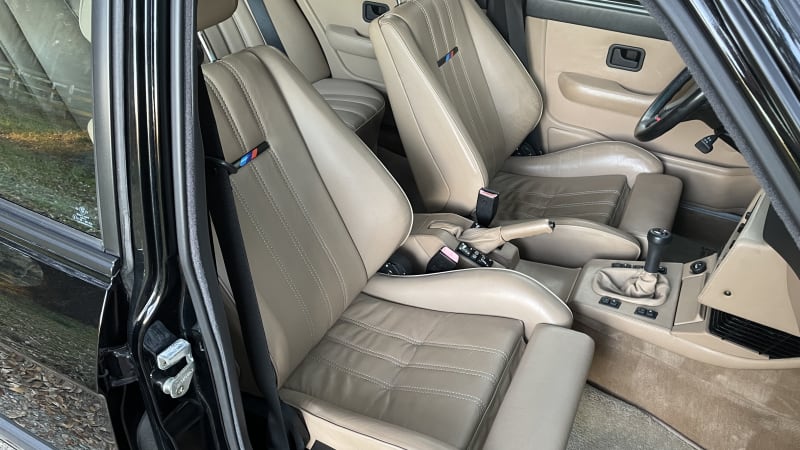 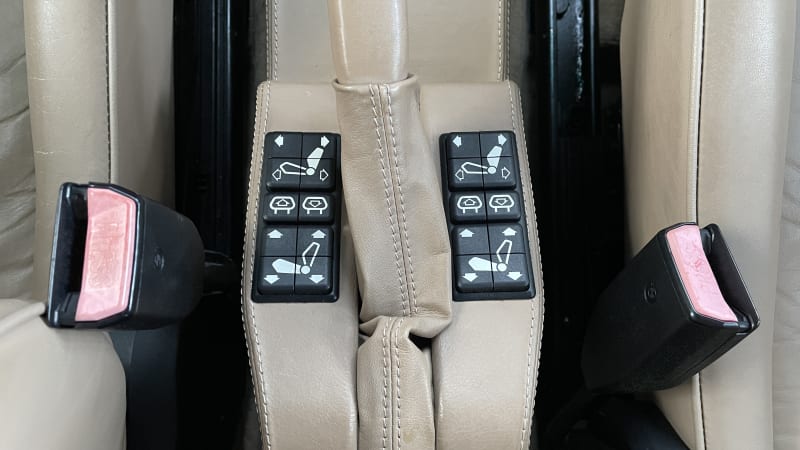 There’s no part of the drive in an E28 M5 that isn’t a noteworthy experience in some way. The exhaust buzzes loudly at idle, filling the cabin with a sweet, even tone. BMW’s M1-derived 3.5-liter inline-six produces 256 horsepower and 243 pound-feet of torque in this car, and it’s the first big hint that the M5 is a performance car. Torque builds in an even, creamy way from low rpm into the mid-range. Put your foot down, get it up toward 6,500 rpm, and you’re rewarded with a metallic zing of pure mechanical happiness. It’s not loud or stressed or mean in any way. Instead, this inline-six simply sings a cheerful and fast tune that I could never tire of. The gears beyond first may be on the longer side, but there’s no disguising the quick-revving nature of this engine when you blip the throttle on downshifts or get on it through the quick first gear.

BMW might get most of its attaboys for the engines it makes these days, but that’s nothing new. This engine makes the E28 M5 into the special sedan that it is, and the car isn’t even that quick — Car and Driver’s old-school fifth-wheel calculated this M5’s 0-60 time at 6.3 seconds back in 1987. That seems about right. 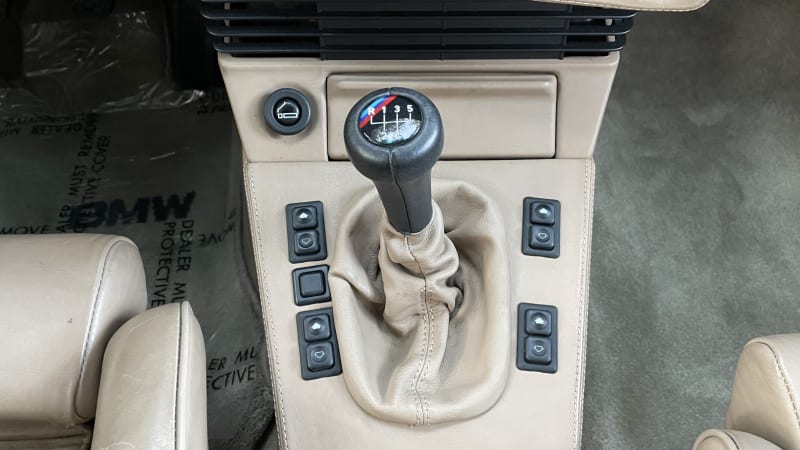 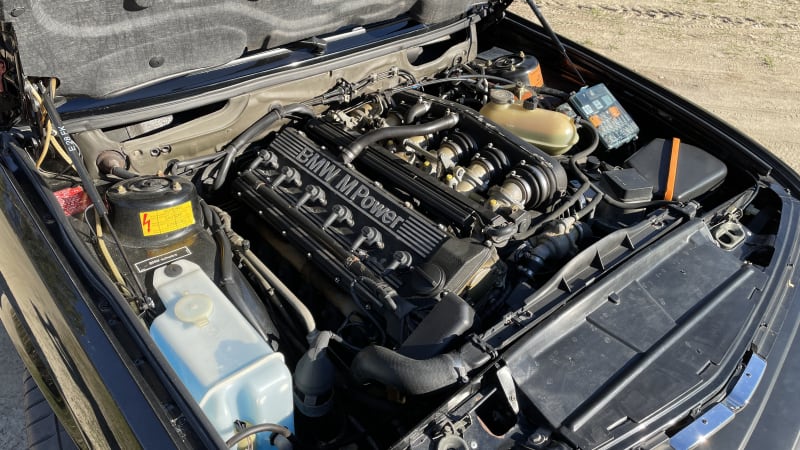 It’s hard to imagine a better car for the autobahn back in the 1980s than this one. Despite it being fitted with lightweight performance suspension parts, this M5 rides like a cloud. No performance car worth its salt these days would even come close to the plush highway cruising this M5 is capable of. Visibility is top-tier with massive windows all around, and the window sill height couldn’t be better for resting your arm upon — wind buffeting isn’t even bothersome at highway speeds.

The little bit of play on center quickly becomes normal as I stack the miles on, and beyond that initial vagueness, a surprisingly willing and quick-to-respond car awaits. Unlike today’s ultra-precise M cars, this one takes a lot more work to extract fun out of, but if you do, a heap of old-school fun awaits.

If a 1988 BMW M5 is calling your name, the news isn’t as bad for your bank account as you might assume. Hagerty suggests that an example in “Good condition” is worth around $55,000 these days. Of course, aim for a super-low-miles example in excellent condition like this one, and you’re going to be paying more.

There are a lot of parts shared with the regular 5 Series, which will make finding some replacements as an owner possible. However, any M5-specific bits will be significantly more difficult to track down. Expect to spend big money on these, as this sedan is old now, and new BMW OEM parts simply are not available. Sites like Hemmings suggest that there are some common pain points. The somewhat exotic self-leveling suspension is prone to failure, and while the engine is considered to be a strong point, the crank hub and timing chain components have reportedly been known to fail. Those are expensive repairs, but with the 1988 M5’s continuing upward trajectory in value, they’re very likely worth the coin.