Jacques Villeneuve has made the grid for Sunday’s 64th running of the Daytona 500, the 1997 F1 world champion adding a start in NASCAR’s historic event to his storied motorsport career.

It wasn’t the Canadian’s first attempt at qualifying for the showcase event, but his efforts had been vain last time out at Daytona back in 2008.

Villeneuve posted the 36th-fastest lap in pole qualifying on Wednesday evening which has put him P18 on the grid of Thursday’s second Duel race, with the 60-lap races defining the final starting order for stock car racing’s ‘Great American Race’.

Villeneuve and his Team Hezeberg have been preparing diligently for NASCAR’s season-opening event.

The 50-year-old explained his motivation for attempting to add the Daytona 500 to his eclectic track record.

“You have the Le Mans 24 Hours the Indy 500 and Daytona, so that’s one reason for doing it. And you know, you have a good race, then you end up doing a few more. 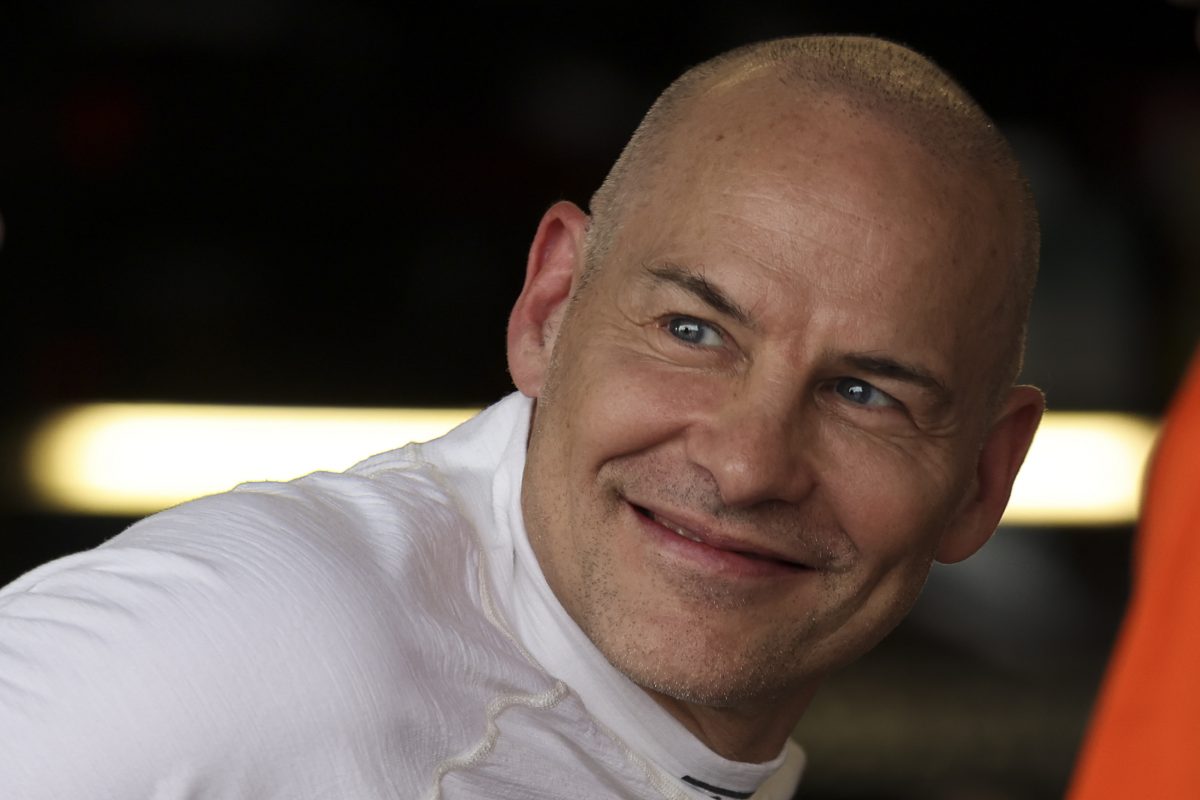 Celebrations were in order in the Team Hezeberg camp, and a relieved Villeneuve admitted his qualifying performance was a surprise given the initial pace of his #27 Mustang in practice.

“Sometimes, you know you’re quick and you expect [to make it] and it goes wrong,” the Canadian said on pit road. “And that’s a big letdown.

“Well now I thought, ‘okay, we can’t get in on time.’ So it’s the biggest surprise and it’s such a relief. It’s amazing.”

The eleven-time Grand Prix winner admitted that tackling the Daytona 500 with a non-chartered team such as Team Hezeberg hasn’t made his task any easier.

But Villeneuve is still excited by the prospect of racing in the pack on Florida’s famous tri-oval and its banking.

“We’re a tiny team from Europe,” he said. “We didn’t work with a big team to get here. And we really think we didn’t think we had to speed to get in on time.

“So we were hoping to get maybe third or fourth (of the open cars) so we would have a better shot at the race tomorrow. But to be in on time is a big load off our shoulders. And it’s been 14 years since I tried. It’s been a long time coming.”

Villeneuve says that merely qualifying for the Daytona 500 is in itself an “incredible” success.

“Obviously, it’s not a win. It’s not like winning the Indy 500 or the F1 championship,” he added.

“But at this point in my career, the last time I tried to qualify here was 14 years ago. Just to make the show is incredible because it’s a small team. We didn’t link up with a big team to get the car ready and it’s highly unexpected to be able to make it on time, so it ranks right after these big wins.”

The post Villeneuve makes the grid for Daytona 500! appeared first on F1i.com.