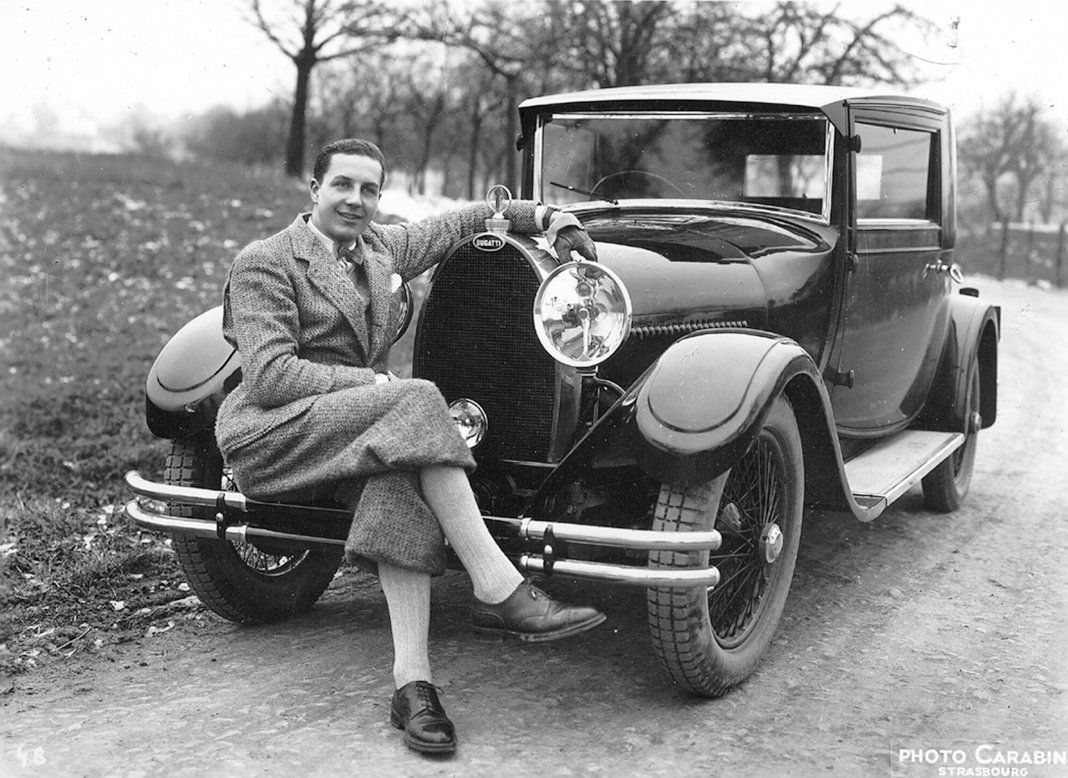 Jean Bugatti’s most famous creation was the Type 57 SC Atlantic in 1936, a coupe with flowing forms and a unique riveted fin, sitting almost flush to the road beneath it. The supercar embodies the manifesto of Bugatti’s three pillars — speed, luxury and elegance – with a particular focus on aesthetics.

Today, the model is considered one of the world’s most exclusive and valuable sport coupes. Only four Atlantics were built, and only two are preserved in their original condition to this day.

The second of the four Atlantics built was for Jean himself, which famously went down in automotive history as “La Voiture Noire.” This mythical automobile has been untraced since 1938, presumed lost during the Second World War. Its disappearance remains one of the great mysteries of the automotive world.

Jean Bugatti sadly died on August 11, 1939, at the age of 30, in a car accident in Duppigheim, not far from the Bugatti factory. During a test drive, he had to swerve to avoid a collision with a cyclist and was fatally injured in the accident.

A small monument was erected in his honor at the site of the accident. Nearby, in the Château St. Jean and on the Bugatti grounds in Molsheim, the legacy of Jean and his father Ettore lives on to this day.