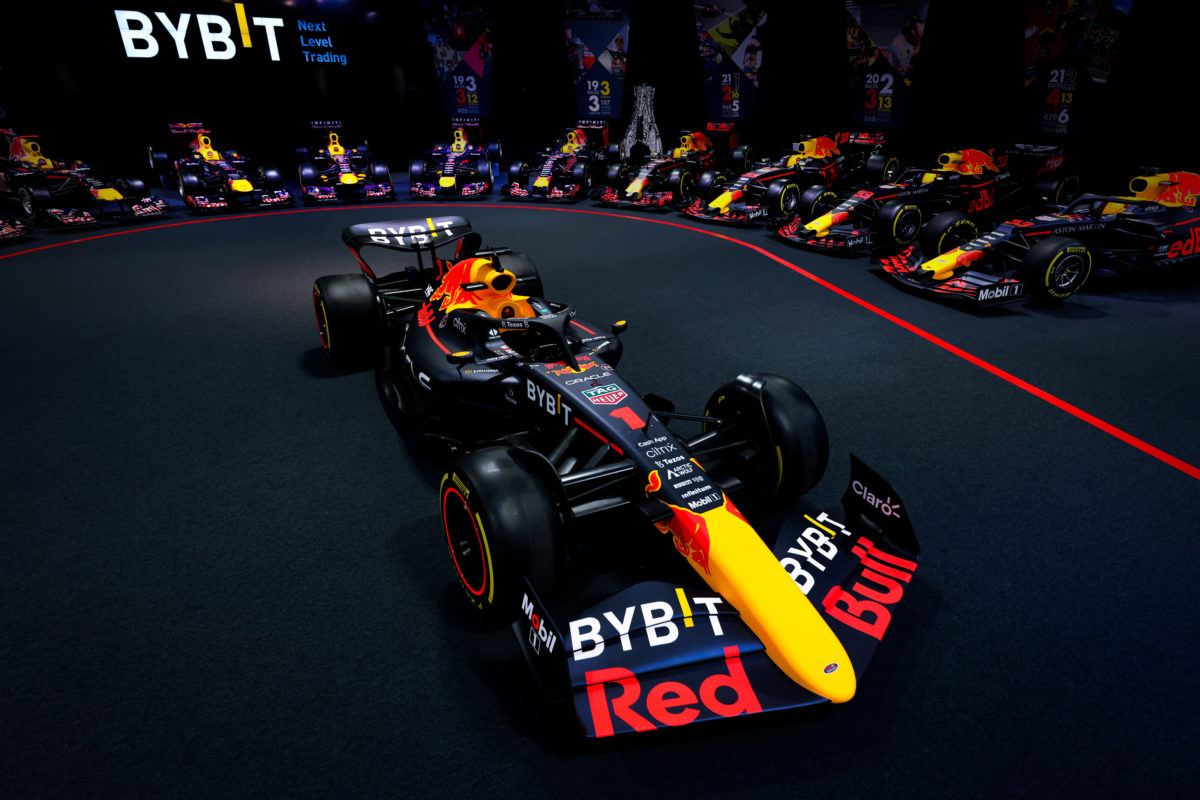 A multi-year deal has been reached between the two with ByBit joining the operation as ‘principal team partner’.

It is in addition to Oracle, which took over naming rights sponsorship of the team this year.

ByBit was established in 2018 and offers a platform and a range of services for cryptocurrency traders in both a retail and institutional setting.

It boasts six million registered users globally and already has sponsorship deals in place with the likes of German football club Borussian Dortmund, among others.

Though a dollar figure was not announced, Red Bull has touted the new deal as “the single largest per-annum cryptocurrency venture yet seen in international sport.”

It has been suggested that could be worth upwards of $50 million per-annum over three years.

“It’s fitting too that, as we enter a new generation of competition of F1 in 2022, with an advanced and potentially game-changing new philosophy of cars taking to the track, that Bybit also exist at the cutting edge of technology.

“They share the team’s passion to exist at the forefront of technological innovation, to set the competitive pace and to disrupt the status quo.

“Allied to that is Bybit’s commitment to enlivening the fan experience in F1 through digital innovation.

“This is also a key mission for the Team and Bybit’s assistance will help us build a deeper more immersive and unique connection with the team for fans around the world.”

The team claims the relationship with ByBit will see the business work to grow fan engagement, taking on the role of Fan Token Issuance Partner.

Its addition to Red Bull’s portfolio comes as the squad’s own cost base increases.

Though financial regulations were introduced into Formula 1 last year, the withdrawal of Honda at the end of 2021 has seen the squad pick up that tab.

It has created the Red Bull Powertrains division, effectively taking over its former engine partner’s programme to supply power units to both Red Bull Racing and AlphaTauri.

Honda remains involved and will continue supplying the engines themselves until 2025, a means of sidestepping quality control concerns as RBP comes fully online.