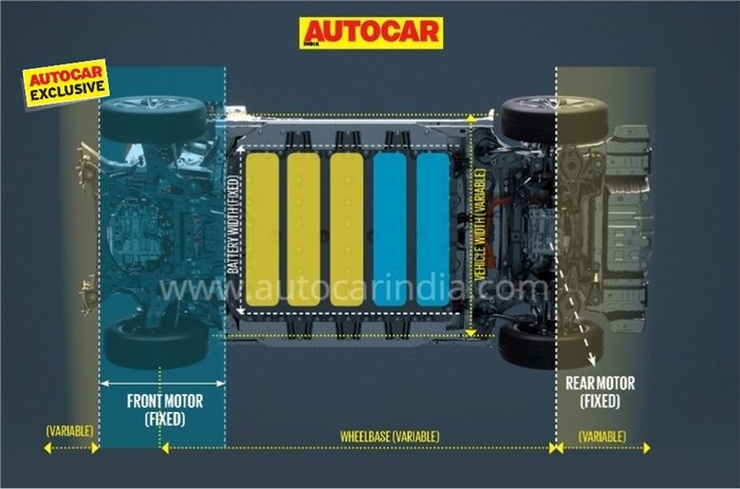 There are certain advantages to using a dedicated skateboard platform. These types of platforms place the four wheels on the corners of the SUV. This helps in opening up a lot of space for the batteries as well as the interior. Such platforms do not have transmission tunnels and engine compartments. Moreover, the same platform could be used to spawn different body styles. The Skateboard platform is already being used on Hyundai IONIQ 5, Kia EV6 and by Tesla.

Maruti Suzuki’s and Toyota’s mid-size SUVs would be based on the same platform. The platform’s name is 27PL and it has been derived from the 40PL Skateboard platform. There are already some products based on the 40PL platform that is currently on sale in the foreign market. There is Toyota BZ4X, Lexus RZ and Subaru Solterra. The front and rear motor stay fixed but the manufacturer can increase or decrease the wheelbase and the same is also true for front and rear overhangs. They will be the first ones to use the Skateboard platform at this price point. Toyota is known to do work properly because of which their vehicles are the most reliable. Till now, they have been focusing mainly on hybrid but they know that they would have to enter the electric vehicle market sooner or later. So, they have started working on EVs in collaboration with Suzuki. The target is set to produce 1.25 lakh units annually of electric vehicles at Maruti Suzuki’s Gujarat manufacturing plant. 60,000 units will be for the Indian market, 40,000 units for the European market and 25,000 units for the Japanese market. The vehicles would also be exported to Japan, Europe and will also be sold in India. They would make a global debut in Europe around October 2024 and in Japan, they will be launched in the first half of 2025. 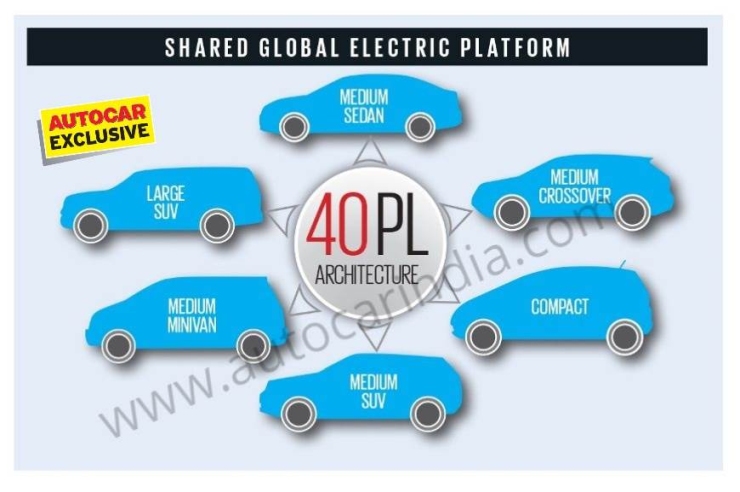 The vehicles based on the 27PL will be quite large considering other electric vehicles in the segment. The first one would be the Maruti Suzuki YY8. The wheelbase would measure 2,700 mm which is even longer than the wheelbase of Volkswagen Taigun and Skoda Kushaq. The length is expected to be 4,275 mm, the width could be 1,880 mm and the SUV would be 1,640 mm tall. This makes it wider and larger than the Hyundai Creta. The size is close to MG ZS EV than the Tata Nexon EV. The dimensions would be slightly different for the Toyota counterpart so will be the exterior design.

The battery packs would be sourced from TDSG, a joint venture between Suzuki Motor Corp., Denso Corp., and Toshiba Corp. TDSG is currently set up in Gujarat. So, locally sourcing the battery cells would be a great advantage to Toyota and Maruti Suzuki because batteries are one of the most costly elements of electric vehicles. Having said that, the electric SUVs would not debut with TDSG sourced cells. At first, the batteries would be sourced from BYD  initially. Both battery manufacturers would be using “Blade Batteries”