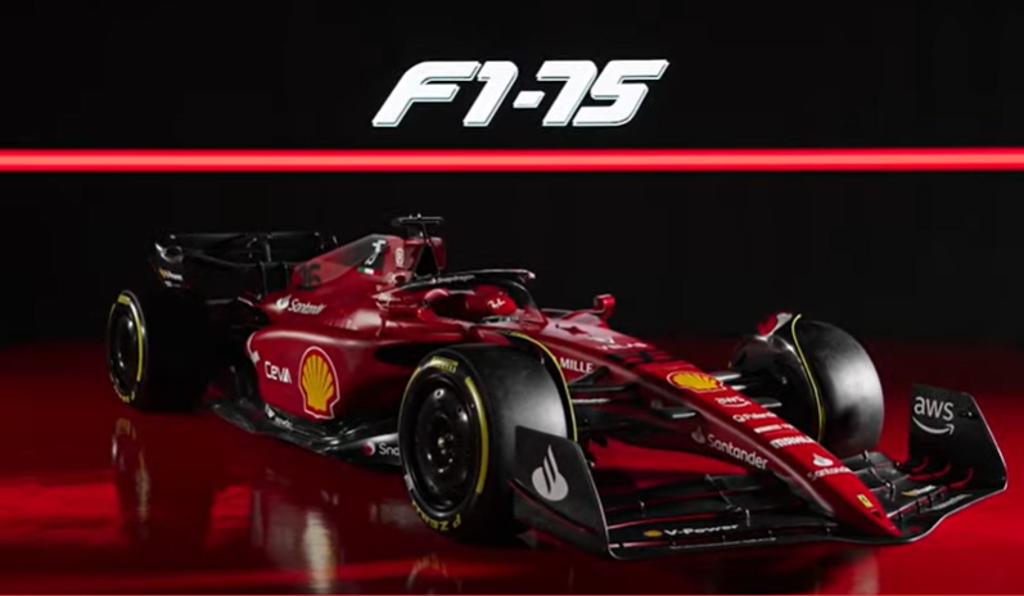 Ferrari has launched its new F1-75 car for the 2022 Formula season, as it aims to challenge at the top of the grid order once again.

The Scuderia have not won a championship since 2007, and have endured a difficult few years in the midfield while Mercedes and Red Bull have tussled out front. They finished third in 2021 by overhauling McLaren in the standings in the latter part of the season, with debutant driver Carlos Sainz finishing a ‘best of the rest’ fifth in the drivers’ rankings and team-mate Charles Leclerc seventh.

2022 sees F1 undergo a significant regulation change which has led to a completely new era of car design, meaning there is potential for the grid order to be shaken up and for Ferrari to be able to compete for race wins and both championships once again. That will require the team to have nailed the finer details of the transition, though.

Under the stewardship of team principal Mattia Binotto, Ferrari have been focused development on their 2022 machine for a long time and some pundits believe they could enter the new campaign in a strong position.

The livery Ferrari are going with for 2022 is largely similar to the design from last time out, a predominantly red body being complimented by black colour blocks on the halo, rear wing and front wing. The logo of returning sponsor Santander, the Spanish bank which was associated with the team during Fernando Alonso’s spell as a driver, adorns both the front-wing endplates and the engine cover.

The sides of the engine cover also feature a series of cooling vents akin to the AMR22 revealed by Aston Martin last week.

“It looks aggressive, it looks radical,” Sainz added. “I think it looks beautiful as well. I just hope it’s fast! [The new bigger tyres] should give us the possibility to push a bit more in the races. The question mark is the visibility, it might be difficult in street races.”

The F1-75 will take to the track in pre-season testing at Barcelona on 23 February, before the season gets underway with the Bahrain Grand Prix on the weekend of 18 March.