All of us here at Jim Butler Chevy of St Louis were thrilled to view the Chevy Silverado EV pickup at CES. GM CEO Mary Barra came out with an announcement that the Chevy Equinox compact SUV will go on sale during the fall of 2023. The starting price that was announced will be substantially less than our very own Chevy Bolt as well as the Ford Mustang Mach-E, Volkswagen ID.4, and Tesla Model Y.

The new vehicle will be built on GM’s new Ultium electric car platform that will be used across the lineup. Full images released to the press show it featuring a modern design with a stylish interior that also includes an assortment of modern, digital displays. She also added that there will be an electric Chevy Blazer on sale next spring, which will be a planet-friendly version of the reincarnated model with many design cues taken from the ultra-sporty Camaro. 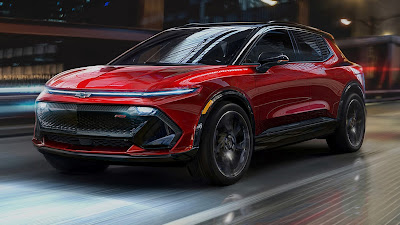 The announcement came during Barra’s keynote address for the 2022 Consumer Electronics Show. GM is hoping that a more affordable EV with a nameplate as recognizable as the Equinox could help spur a quicker switch to electric. Other EV makers have promised options that will be easy on the consumer’s pocketbook but have hit snags with battery costs, supply chain issues, and many other various external factors. The arrival of both the Equinox EV and Blazer EV would put Chevy at the forefront of GMs $35 billion push to electrify the whole lineup by 2040. 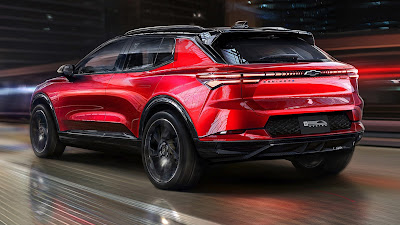 On top of these vehicles, the company is producing the Chevy Bolt EV/EUV, the Hummer EV pickup and SUV, the GMC Sierra EV, along with the Cadillac Lyriq and Celestiq. Images found here appear to show the Equinox as closer to the Trailblazer in size, but with a noticeably longer wheelbase. At the front, the Equinox EV will feature a curvier hood, a full-width LED DRL strip, C-shaped outer ends and horizontal main lights, and a compact lower grille. At the rear, there is a steeply raked windscreen and a tailgate that has a lower concave and wide combo lamps with a slim extension.

By 2023, it is a clear goal of GM’s to have 22 models on sale to feature Super Cruise driver assistance, and the door-to-door hands-free Ultra Cruise technology will officially arrive the same year. Once you are comfortable, the green light bar on the steering wheel lets you know that Super Cruise’s driving system is available and ready to lead the way! From then, simply press the Super Cruise button on the steering wheel, take your hands off the wheel, and it does the job for you!

GM is training more first responders for EV emergencies in the U.S. and Canada