The only thing better than owning an 8 Series E31? Having two, of course. BMW Group Classic met up with Chicago-based Nick Belom, a huge fan of the original 8er. His initial purchase was an 840Ci from 1995, which was around the time when the 4.0-liter V8 was swapped out in favor of the 4.4-liter unit. Horsepower remained the same at 282 hp, but torque grew by 20 Nm (15 lb-ft) to 420 Nm (310 lb-ft) and fuel economy improved.

As you can see, his 8 Series E31 is not exactly stock. The OEM wheels had to make way for custom STR Racing alloys with a gold finish. In addition, the bulbs of the pop-out headlights have been replaced with LEDs. Nick also installed an aftermarket exhaust and fully tinted the taillights from what we can see. The predominantly Alpine White body is contrasted by a black roof for a greater visual effect.

However, one 8 Series E31 wasn’t enough, so he decided to buy a second car. Also an 840Ci, the black beauty is a newer model since it’s from 1997. It’s unquestionably our favorite of the two cars and remains as original as possible after a quarter of a century. While Nick has been fiddling with the white one, he aims to keep the Schwarz II Black in stock form. 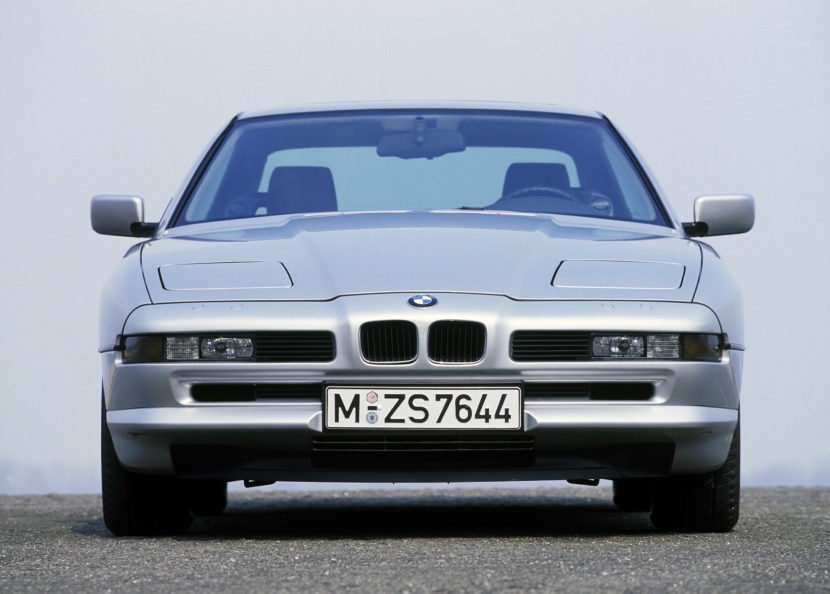 It rides on 18-inch Style 37 alloy wheels and retains its original exhaust as well as the interior cabin. In its current state, the 8 Series E31 is labeled by the owner as being “very unmodified”. He intends to keep it this way since it’s been a “dream” to drive so far. The black coupe is his weekend getaway, and boy, it’s absolutely breathtaking.

Chances are its successor won’t become as desirable as the E31, even though BMW made things right with the G15 by launching an M8. A prototype was built, but never put into production. Much like the 1990s car, its replacement could also bid adieu at the end of its life cycle. It is believed the 4 Series and 8 Series will be combined to form a 6 Series family in 2026, but nothing is official for now.

Available BMW i Vehicles Locator (US)