According to the rumours, Maruti Suzuki will be launching the Baleno Facelift on 23rd February. The manufacturer has already started releasing teasers of the 2022 Baleno and bookings are also open. Now, the exterior and the interior of the premium hatchback has been leaked through the configurator of Nexa’s website. 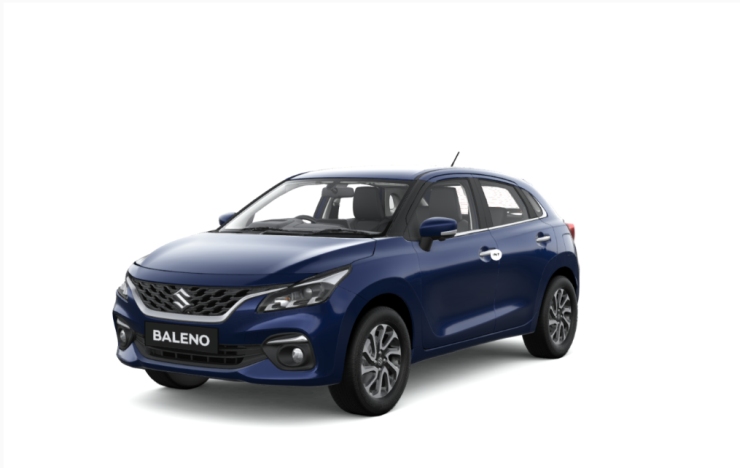 The exterior now looks modern and has a low-slung stance to it. There is a new grille design that we will also see on other Maruti Suzuki vehicles that will launch in the coming months. The bumper has been redesigned with new fog lamp housing which now comes with chrome strips. 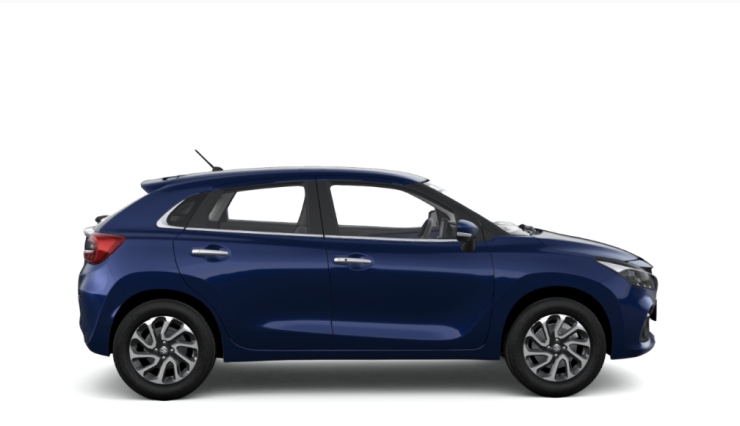 The headlamps are also new, they have a projector setup and gets three LED Daytime Running Lamps. The bumper now tapers off more aggressively, which gives a sporty stance to the front. On the sides, there are new diamond-cut alloy wheels and the rounded elements of the previous-gen Baleno have been straightened out. There is a chrome strip that runs throughout the window beltline and the door handles are also finished in chrome. 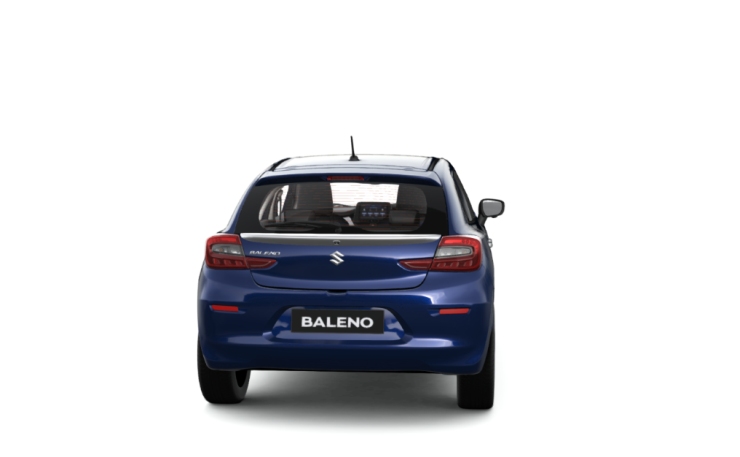 At the rear, there are new split tail lamps. Fortunately, they are still using LED elements and are connected via a chrome strip. The rear bumper is also revised and comes with two reflectors just like the previous generation Baleno did. 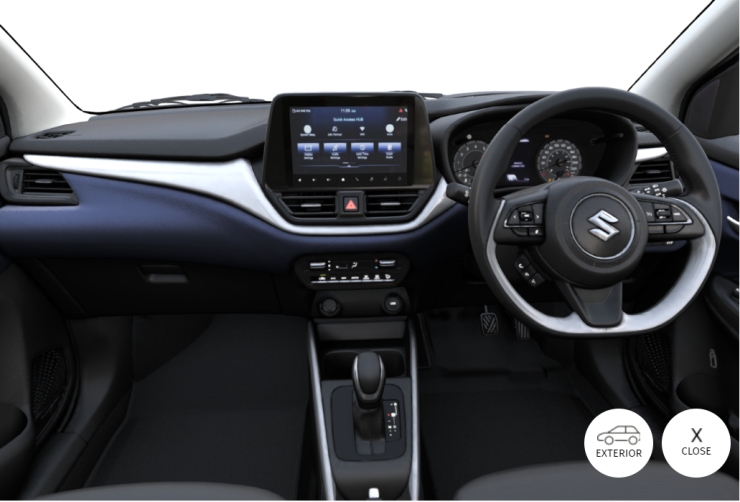 Then we climb into the interior, there is a new dashboard design. It is finished in blue and black, there is also a grey strip that runs throughout the dashboard. The same blue and black colour are also on the upholstery. 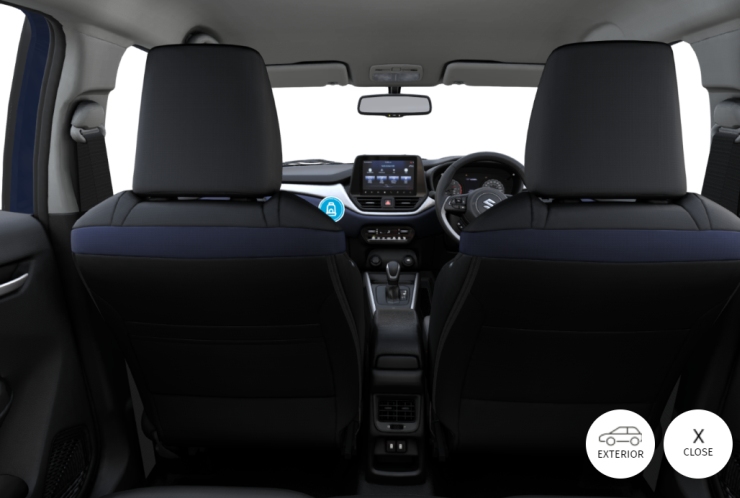 The centre stage is taken by a new touchscreen infotainment system. Maruti Suzuki calls it SmartPlay Pro+, which is larger than the current SmartPlay Studio System. 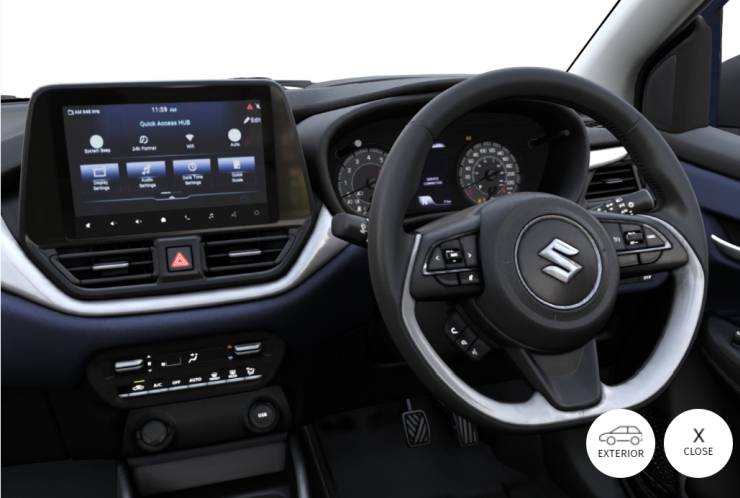 The new one measures 9-inches whereas the previous one measured 7-inches in size. The lower variants would still come with the 7-inch unit. Both systems come with Android Auto and Apple CarPlay. Below the infotainment system are AC vents which are taken from the new S-Cross that is being sold in the global markets. Then we have the new automatic climate control unit, a 12V accessory socket and a USB port. 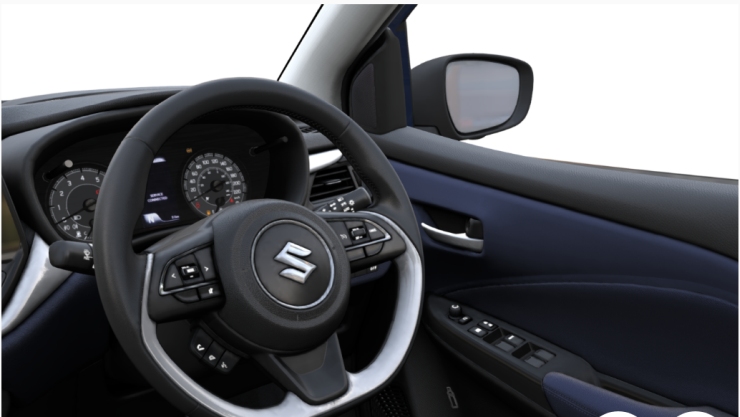 The steering wheel is also new, it is a flat-bottom unit with a grey insert. The new steering wheel looks sporty but it has been carried over from the current generation Swift except it has buttons for cruise control. Fortunately, there is a new instrument cluster and seems like a multi-information display has also been revised. 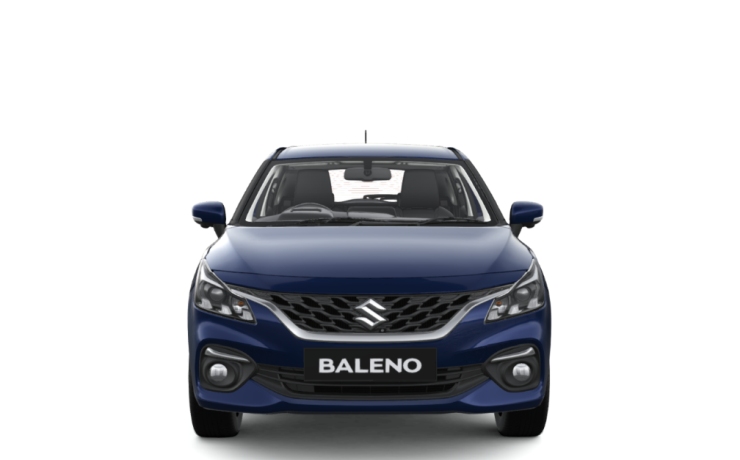 The Baleno will be offered only with a 1.2-litre K-Series petrol engine that produces 90 PS of max power and 113 Nm of peak torque. It will come mated to a 5-speed manual gearbox or a 5-speed AMT. 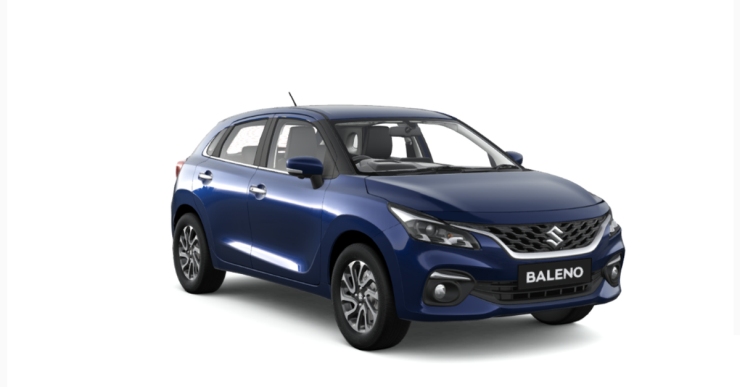 Maruti Suzuki has also added some segment-first features to the Baleno. It would come with a 360-degree parking camera and a heads-up display. 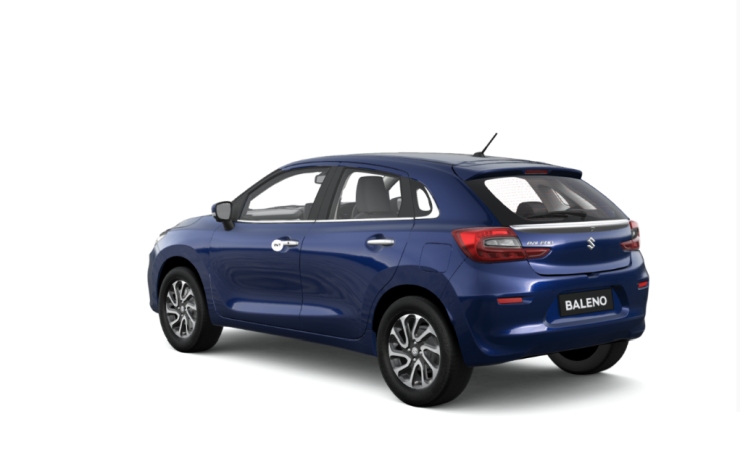