Failure to comply with the established speed limits of vehicles on federal highways is one of the main causes of accidents, characterized by serious consequences. However, many drivers, getting behind the wheel of their car, intoxicated with speed, continue to maneuver in the flow of traffic. One in four traffic accidents occurs precisely because of drivers’ failure to comply with the speed limit.

In order to prevent accidents, speeding, as well as the discipline of road users on accident-prone road sections, traffic police officers use mobile complexes for fixing traffic violations, which work in automatic mode. The use of such mobile devices is a powerful tool for controlling drivers.

In fact, in traffic situations, when one of the drivers of cars did not comply with the requirement of the traffic rules to give way, and the other in the meantime was speeding, it is not always so simple. But the court practice of 2022 in most cases the one who did not yield the way is guilty, and the truth is not defended because of saving time and nerves… After all, there is insurance and it will cover the damage! But the truth to defend it is possible and often not difficult, it is only necessary to properly and consistently prove, who is guilty in the accident with excessive speed. Let’s talk about everything in order!

So, all such accidents, which we are talking about in this article, are connected by 3 main circumstances:

One of the drivers was exceeding the speed limit, either slightly or significantly,

the other driver was obliged to give way (for instance, at the crossroads when turning left or under the sign at an equal sign, when leaving the adjoining territory, when turning around, changing lanes and so on – there are many such circumstances), but he didn’t manage to do it because the first driver exceeded the speed limit,
As a result of such “pies” the accident happened.

You think that this is a complicated situation, which is difficult to understand? We hasten to reassure you. The judicial practice, including 2022, is replete with such and similar accidents.

But a complicated case can be called, for example, such, when due to the detected obstacle the overdriver started braking sharply, but there was no contact of 2 cars. Nevertheless, the speeding driver skidded as a result of braking, and it became the cause of the accident, only one car was damaged. Such cases are called “non-contact accidents”. 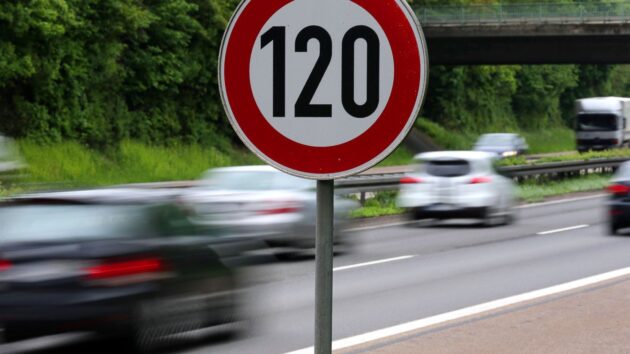 So, let’s turn first to the traffic rules and… We will not find here, of course, a direct answer to our question. There are many clauses prescribing to give way:

Thus, we get that, all other things being equal, both drivers are guilty: the one who created the obstacle, and the one who was driving too fast. But it’s not that simple!

The reasoning here is simple: what difference does it make what speed the other driver was driving – because your violation led to a speeding car accident.

How to prove that the speeding person is also at fault? 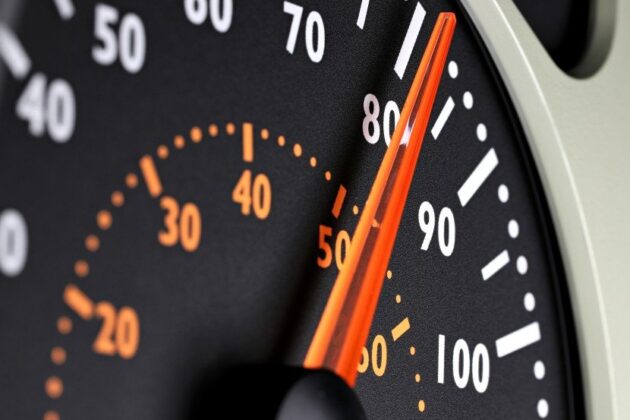 To answer this question, we need to understand exactly how fault is determined in practice 2022. Here let us draw your attention to the fact that no police officer at the scene of the accident is not authorized to determine the culprit. The inspector can only issue a ruling, determining your violation. Only the court determines guilt.

Therefore, if they made a ruling against you on the result of the accident, you will need to appeal to the court.

In court, you will have two possible outcomes:

The third – bad – option is also possible – the ruling against you will be upheld, that is, you will remain guilty of the accident. But even in this case, the court decision can be appealed to a higher court.

Way back in 2008, the Supreme Court made a Plenum Resolution in which it explained in terms of speed that exceeding the speed limit must be the cause of the accident.

In the 2022 case law, this connection is established in a rather simple and uncomplicated way. We take a certain factor that led to certain consequences. And now we simply exclude that factor.

Does it change the consequences? We take two violations of different accident participants: speeding and the requirement of traffic rules to give way. And we ask ourselves a question: if we take away the violation of the first participant, how likely would it have been possible to avoid the accident? And if we take away the second party’s speeding, how likely would the accident have been avoided?

These are the kinds of questions that judges ask themselves. Yes, to themselves, but almost always for a correct answer and a comprehensive consideration of the case requires an examination of this very speed, but about that a little bit below.

Everything above, we have written so that you can determine for yourself how likely the outcome of the case is to win for you. Because all court costs are paid by the losing party.

How do you prove that there is an excess?

And this is the most complicated case. In fact, every driver should have a video recorder in his car – it will give the key to properly determine the speed of the violating driver. How? It’s very simple!
If the video has a fragment of movement of the “future offender’s car” even within one meter, the expert can determine his speed, just by measuring the time interval by a simple formula for calculating the speed (the distance traveled divided by the time).

If there is no video, all is not lost here either. But in any case an expertise will be needed. The point is that the car is a complex constructional system with various elements. These parts are damaged as a result of an accident. A competent expert will be able to determine the approximate speed of the vehicle – and often both participants. For example, there are parts that can only be deformed at a certain minimum speed at the time of the collision.

Thus, you have several possible goals in establishing the degree of guilt:

If the speed of the other party in the accident was much higher than the allowed speed, then there is a chance to prove your innocence entirely due to your inability to properly assess the possibility of yielding the road,

If the speeding is small, then it is possible to convince the court that both sides are guilty – especially if the speeding person would have had time to brake before stopping and avoid the collision,
There is also a chance if you can prove that there would have been less damage if you had followed the speed limit.

If it is not possible to prove the fact of exceeding, then the fault remains with you. Also, it is possible that the court could not see even with the evidence of a causal link between the violation of speed limits and the accident. But in this case it makes sense to appeal such a court decision. If you are in an accident and you need a lawyer, then you can safely contact the lawyers of thenunezlawfirm.com.