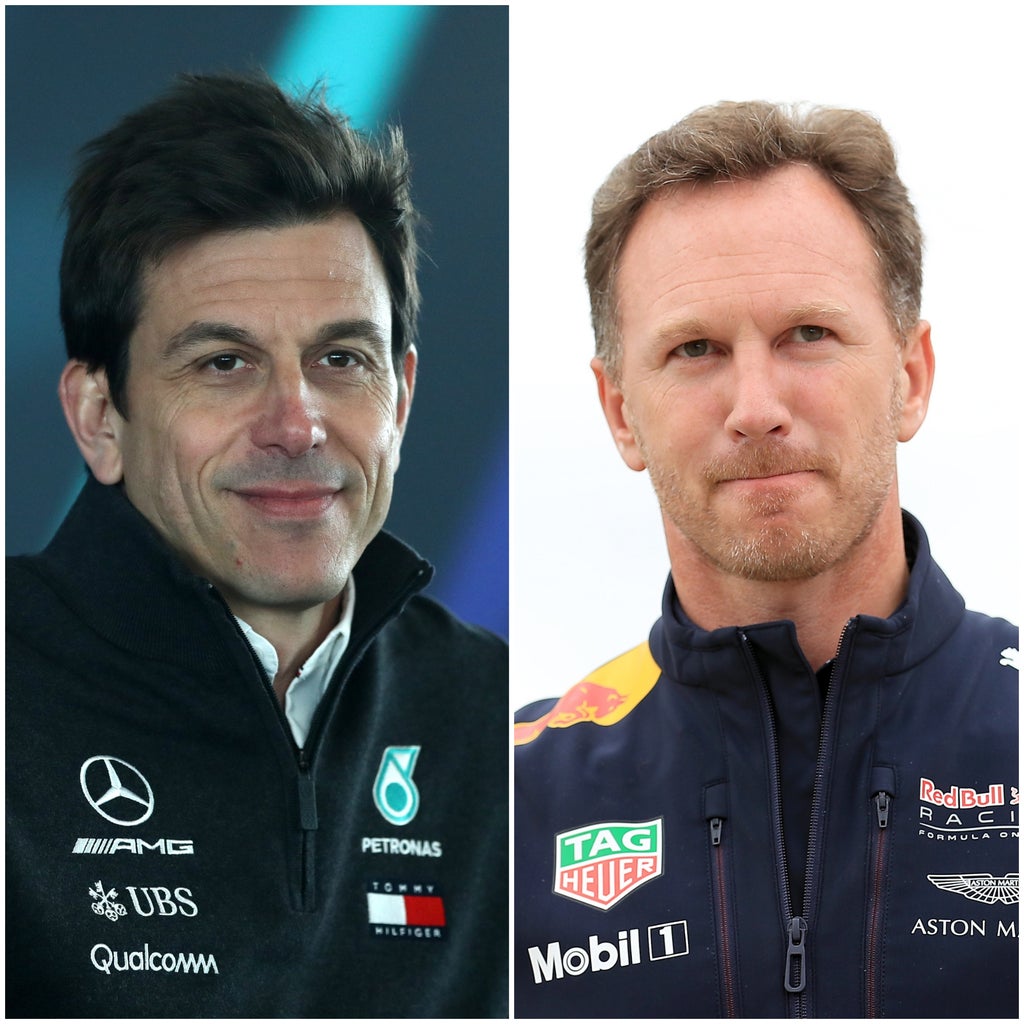 Wolff and Horner arrived at F1’s headquarters at St James’s Market on Monday awaiting the outcome of the FIA’s inquiry into last year’s controversial finale, which saw Max Verstappen take the world championship.

But two months and three days after the contentious Abu Dhabi Grand Prix – a race Lewis Hamilton said was “manipulated” following Michael Masi’s handling of a late safety car period – the Australian’s fate is seemingly to be determined, while the FIA’s investigation is still ongoing.

Hamilton’s title battle with Verstappen spilled over into the paddock last season, creating an ugly atmosphere between Mercedes and Red Bull.

But Ben Sulayem, elected to his post in the days after the Abu Dhabi showdown, told Sky Sports: “They were in line. They were close to each other and they were in a good mood.

“I expected more entertainment but it was good to see the harmony between them.”

Ben Sulayem chaired the four-hour meeting and is expected to address the continued fallout from Abu Dhabi later this week, with a restructure of race control expected.

One school of thought is that Masi, a surprise attendee at Monday’s meeting, could be forced to take up a lesser role, with Portuguese Eduardo Freitas moving across from the World Endurance Championship to replace him.

But the under-fire Masi has found the support of a number of drivers in recent days, with four-time world champion Sebastian Vettel, British driver Lando Norris and his McLaren team-mate Daniel Ricciardo all speaking up on his behalf.

Ben Sulayem added: “We agreed on certain things and the analysis is still going on.

“Information will soon be announced, but the integrity of the FIA will always be intact. I am elected to do that.

“We can only go forward and improve. That is important for the FIA, and for the integrity of the FIA and the sport.”

The first pre-season test starts in Barcelona a week today ahead of the opening round in Bahrain on March 20.