Williams’ first track running of the FW44 took place on wet tyres at Silverstone, on the day fans first got to see their new livery for 2022.

Within a few hours of the online launch, at which they presented only digital renders of a showcar, Williams released images via social media of their shakedown with Nicholas Latifi preparing to exit the garage.

There was also the FW44 out on the circuit on full wet tyres – which was probably only to be expected in mid-February and considering the dismal weather Britain has been experiencing of late.

The Grove-based team were showing off their predominantly dark blue livery that has touches of the lighter blue their recent cars have displayed – and also some red, which, according to Williams CEO Jost Capito, has been incorporated to highlight their British roots. 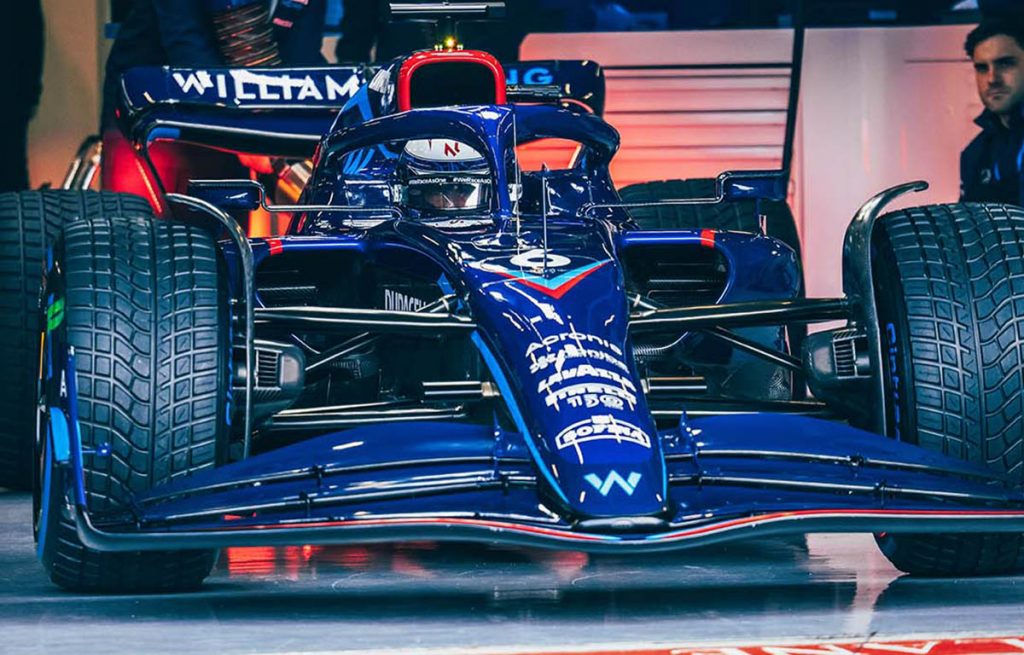 The Race report the shakedown was delayed by at least an hour due to what the team had referred to as an “electrical issue”.

Latifi was returning to action two months after he played an unwitting role in the destiny of the 2021 Drivers’ World Championship in Abu Dhabi.

The Canadian crashed following a duel with Mick Schumacher as the season’s finale was entering its closing stages.

The Safety Car was deployed while the wreckage of Latifi’s car was being cleared, sparking several minutes of controversial decision-making from race director Michael Masi that resulted in Max Verstappen passing Lewis Hamilton for victory and the championship.

Latifi is returning for a third season with Williams, whom he helped to improve from 10th position in the Constructors’ World Championship to eighth last year.

He achieved back-to-back points finishes in the Hungarian and Belgian Grands Prix, seventh and ninth respectively. Although as the Spa race was curtailed due to bad weather, Latifi only received half points there and ended with seven for the campaign, 17th in the Drivers’ standings.

His team-mate for 2022, following George Russell’s departure to Mercedes, will be former Red Bull racer Alex Albon, who was demoted to a reserve driver role last season and subsequently freed up to join Williams.