Williams’ FW44 will not feature the team’s traditional Ayrton Senna ‘S’ tribute logo on the car’s nosecone for the first time since 1995.

Williams chief executive Jost Capito justified the change by the Grove-based outfit’s will to “move into the future”.

Williams showcased on Tuesday a striking revamped livery for its 2022 car which sported a blue base and lighter shades of blue as well as a bright red highlight.

But the famous Senna logo that paid tribute to the great Brazilian driver who lost his life in 1994 at the San Marino Grand Prix was conspicuously absent from the bodywork of Williams’ new car.

Capito made clear that dropping the tribute was not a reflection of Williams’ willingness to dismiss the memory of its late driver.

“The decision was that we want to move on in the future,” Capito said. “We have a new era, we have a new car and we also refurbished our museum where we have a special area to celebrate Ayrton.

“I think we had to look now to the future and not showing the drivers the ‘S’ every time they get in the car and being reminded of what happened.

“I think it’s now time for the team to move on and be very honourable to Senna and having a very dedicated space to him in the museum to honour him there.” 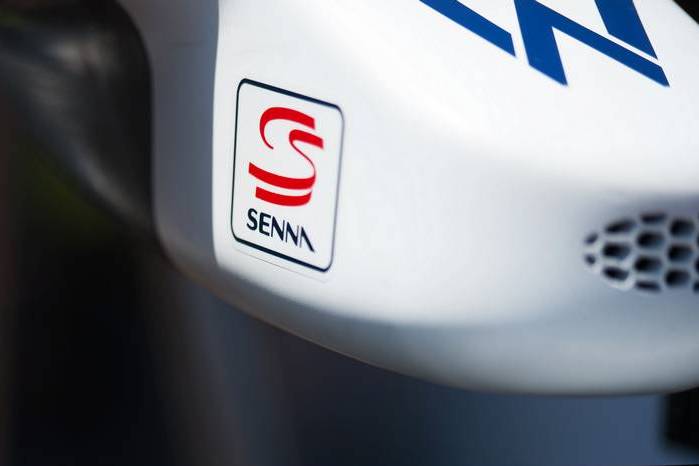 Capito said the decision was made without consulting the Senna family, but the German said that Williams would continue to work with the Ayrton Senna Foundation, the non-profit organisation set up by Ayron’s sister, Viviane Senna, that supports underprivileged children in Brazil.

“I think that there are more people that will benefit from this and if it can help people especially through the foundation and I think that’s a very good programme but it has to be still finally defined.”