The next generation of midsize GM pickups is well on its way to being ready, and these new spy shots give us an early look at the new interior inside the GMC Canyon.

To our delight, the new Canyon interior doesn’t even remotely resemble the current truck. The relationship between the refreshed Sierra’s new interior and what we can see in these Canyon spy shots is impossible to ignore. While it’s not an exact replica of, or a shrunken version of, the Canyon’s screen hardware looks similar to the Sierra’s. We can see the volume knob sprouting out of the top left corner, and the whole screen is surrounded by shiny black plastic. The software it’s running is GM’s new Android Automotive-based infotainment that we’ve already sampled in the 2022 Yukon. Just like in that vehicle, we can see that Google Maps is the native navigation system, and it features similar shortcuts on the left-hand side of the screen.

Below the screen, the next-gen Canyon features all of its climate controls. The model we’re looking at here must be an upmarket trim, because it’s featuring heated and cooled seats. Another indication that this model could be a Denali (or other higher trim) is the small piece of wood trim on the door that is mostly shrouded by camouflage. We can’t make it out all that well, but any amount of wood trim in a midsize pickup means luxury.

It’s difficult to make out what’s going on with the steering wheel, though we can see what appear to be silver switches flanked by flat black buttons. The instrument cluster is similarly difficult to see, but if the little glimpse of a “125 miles to empty” readout is any indication, it could very well be a totally digital cluster. We’ll need to wait to fully confirm that thought, though. 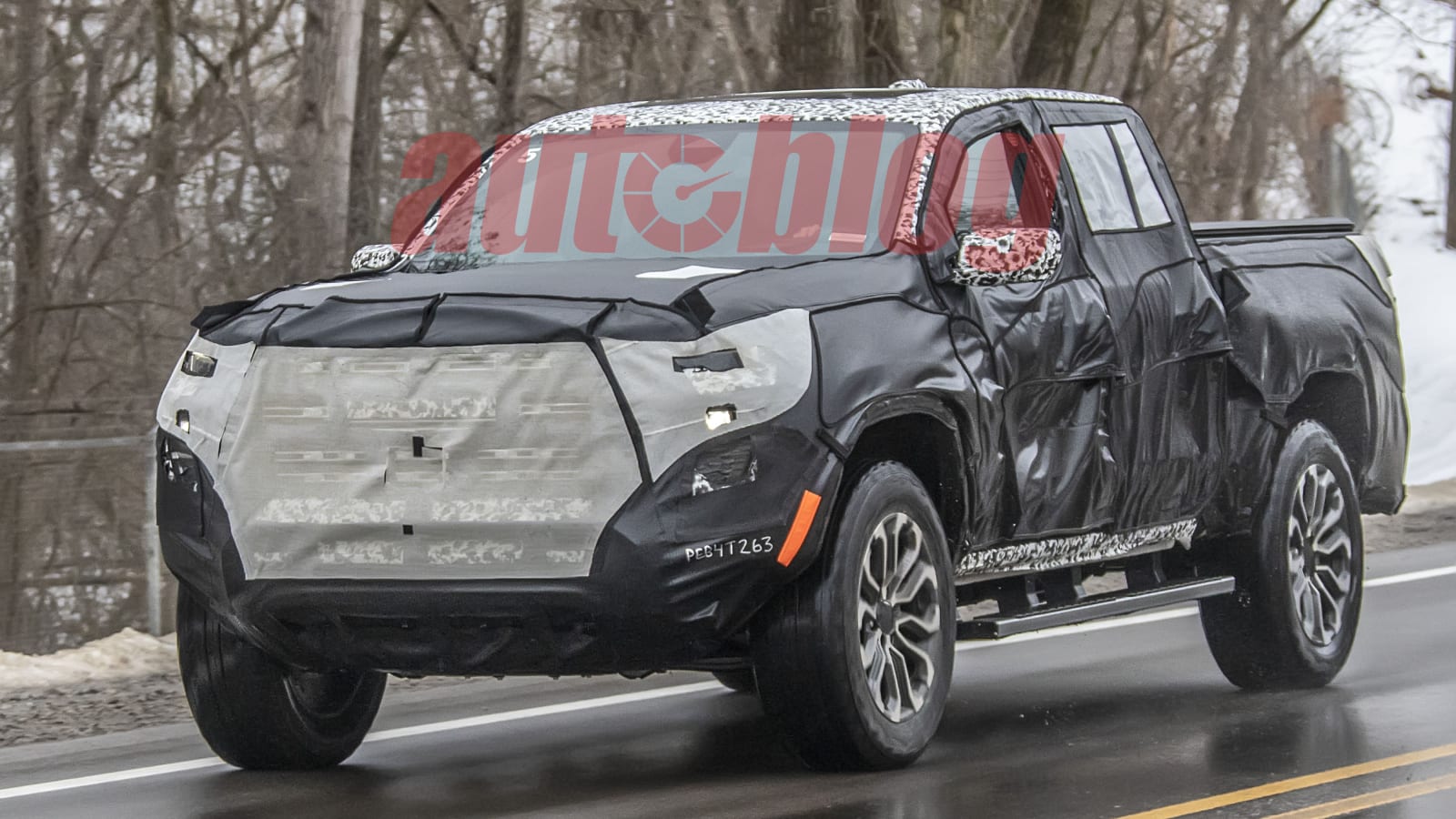 When it comes to the exterior, there isn’t a whole lot to see under the heavy camouflage. We have a reasonable look at the grille behind the mesh, and the front LED lighting signature is partially visible, too. We’ll note that there isn’t much of a front bumper on this test truck, which is giving it the appearance of being an off-road capable pickup — it’s just nowhere near as extreme as the Canyon prototype we spied last year sporting a ZR2-style suspension.

Big wheels fitted to this tester gives more credence to it possibly being a Denali. The rear is perhaps even more covered up than the front, making it even more difficult to see what GM is hiding.

We still don’t know exactly when GM will unveil its new midsize pickups, but this prototype looks far along in the process to production. Look out for something to hit for or before the 2024 model year.