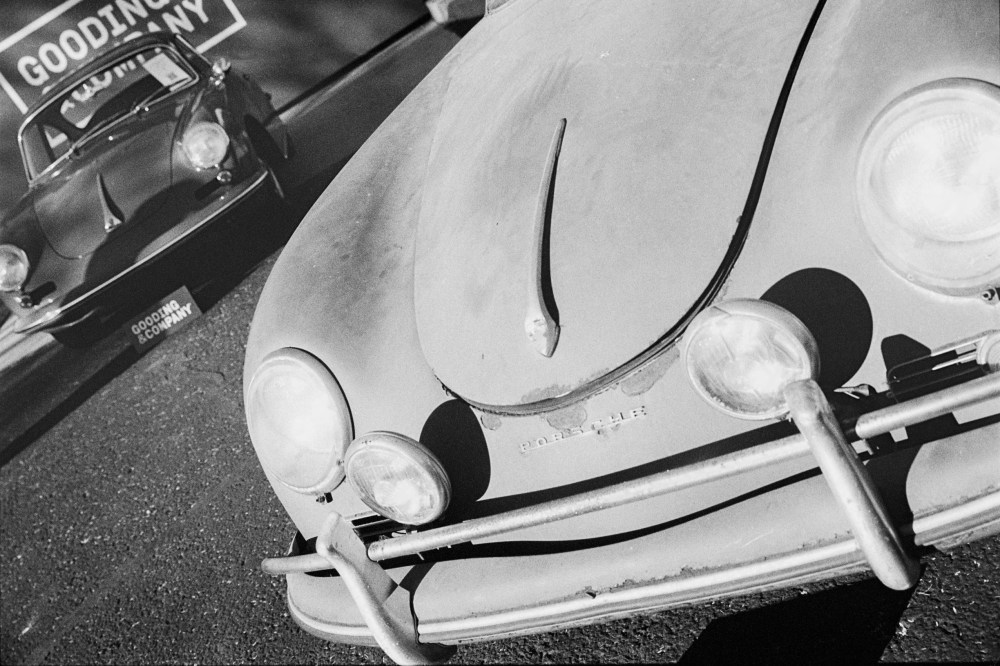 The photos here are ones I captured two weeks ago at Gooding & Company, Barrett-Jackson, and RM Sotheby’s auctions in Phoenix and Scottsdale. I’ve been working to refine my process for shooting, developing, and scanning film photos over the past few years and I decided to put those processes to the test at these events choc full of spectacular vintage vehicles. Of course, with that confidence, Murphy’s Law made itself known as I ruined one roll of film and got poor results from another because I thought shooting 15-year-old color film would be a good choice. Live and learn… 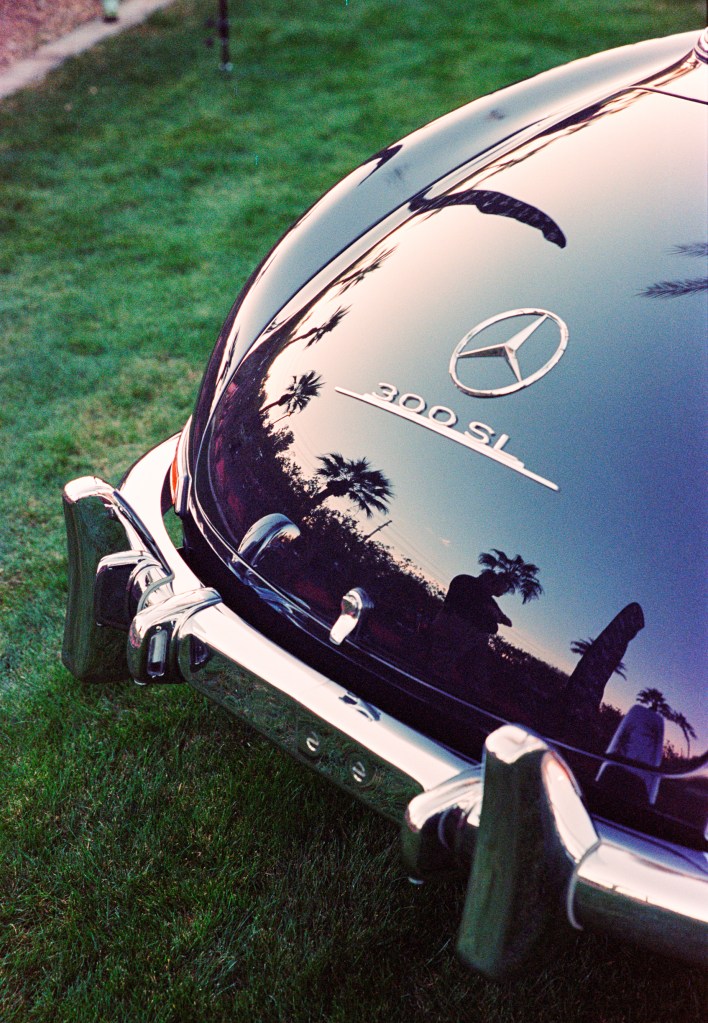 There is nothing special itself about photos shot on film – especially considering that the majority of motorsports and car photography has been produced on film (over time; not necessarily in quantity). Early issues of Vintage Motorsport were entirely comprised of film photography – some of which is outlined here and here. We also like to feature motorsports photographers and their photos (many of which on film) in our ongoing “Behind the Lens” series – taking a deeper look at photos from the likes of Phil Hill, Harry Hurst, Dave Friedman, and Bill Warner. Film photography is arguably more expensive, less reliable, and not as fast as shooting digital. However, it is something I connect with. I enjoy the process most of all, but the look of film appeals to me as well (grain/tonality/etc). It is simply a creative choice for me. 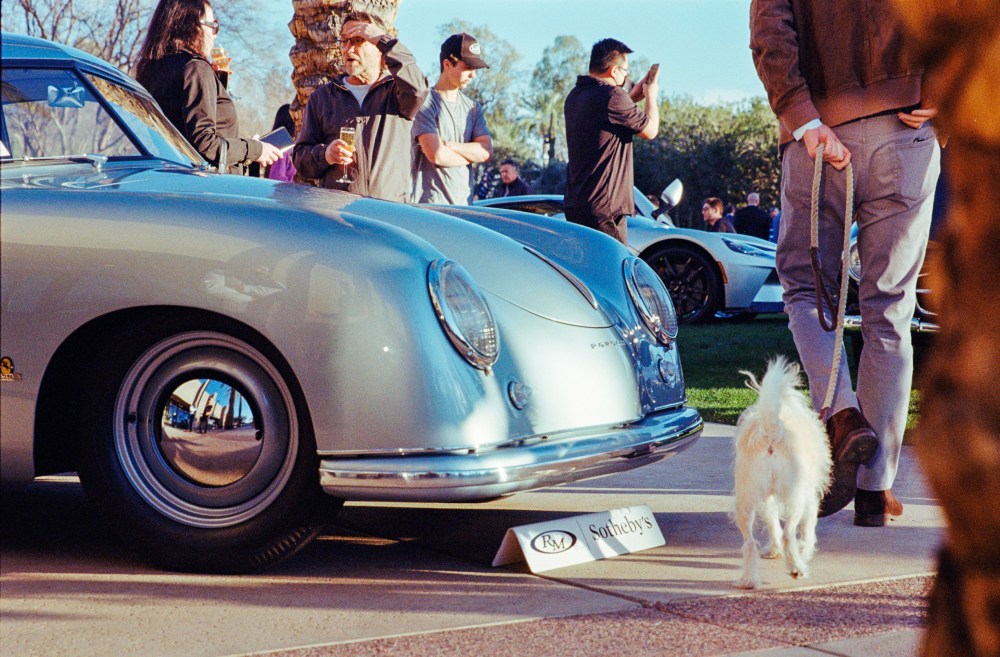 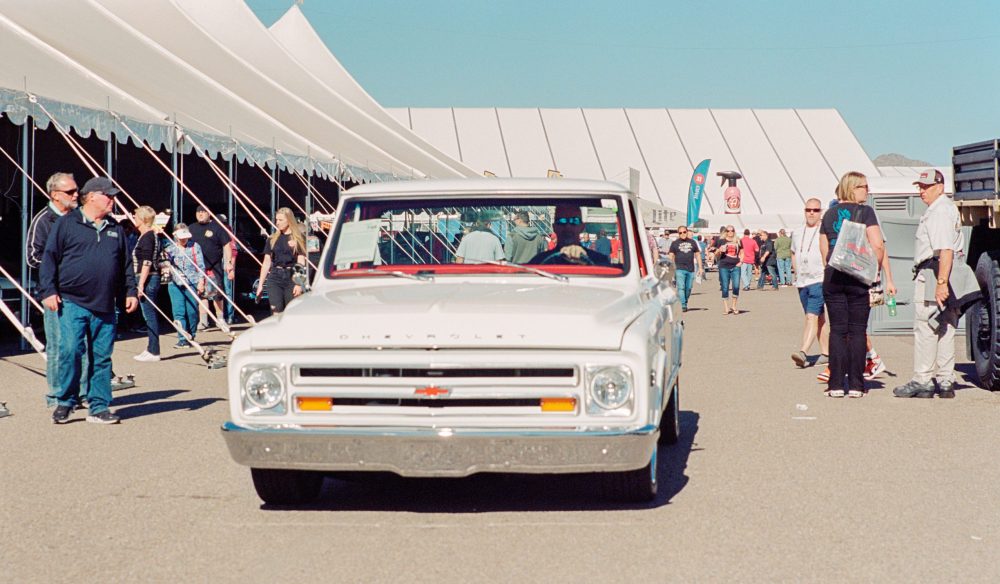 As an Arizona native and card-carrying petrol head, Auction Week has been in my sphere of interest from a young age. Phoenix seems to come alive with car culture running through its veins in late January, and a simple trip to the grocery store yields more vintage car sightings than usual. 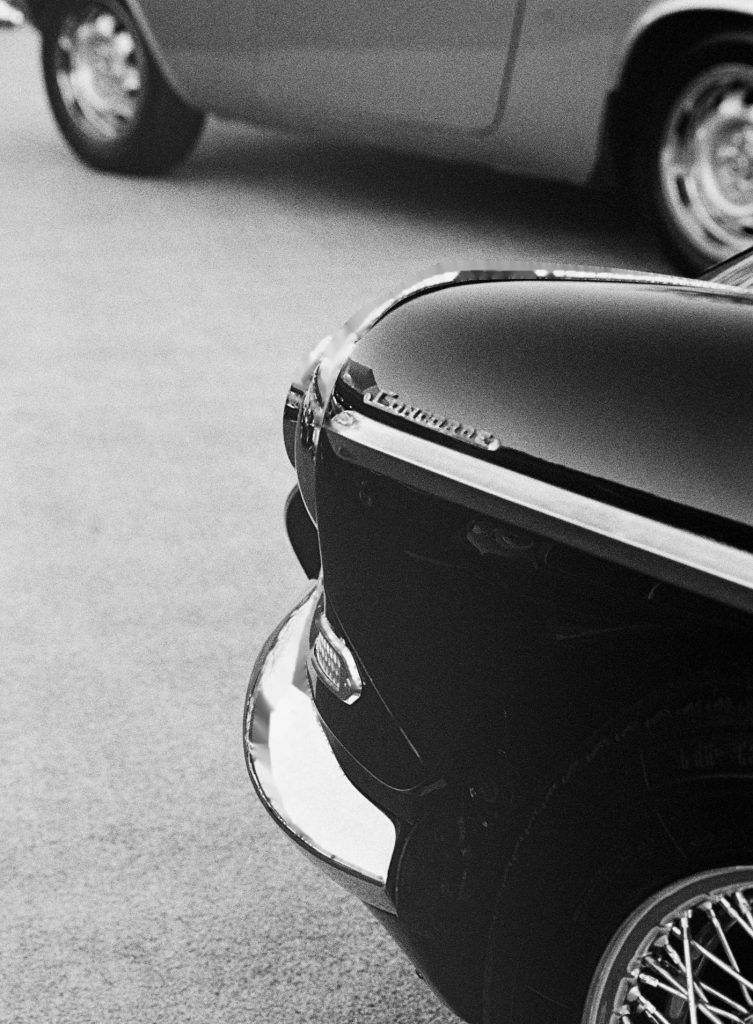 With the temperatures in the 60’s/70’s and plenty of sunshine to not-shovel, it’s easy to see why. Even though I would always see and hear the buzz around town, I was never able to experience the events for myself.

That is until my dad took me to Westworld of Scottdale and my first Barrett-Jackson auction some 20 years ago. Walking through the tents, I was taken aback by two things in particular: 1) The sheer volume of cars in one place and 2) the variety. After recovering from a mild case of sensory overload and composing myself, I did what I always like to do in situations like this – I started asking questions. 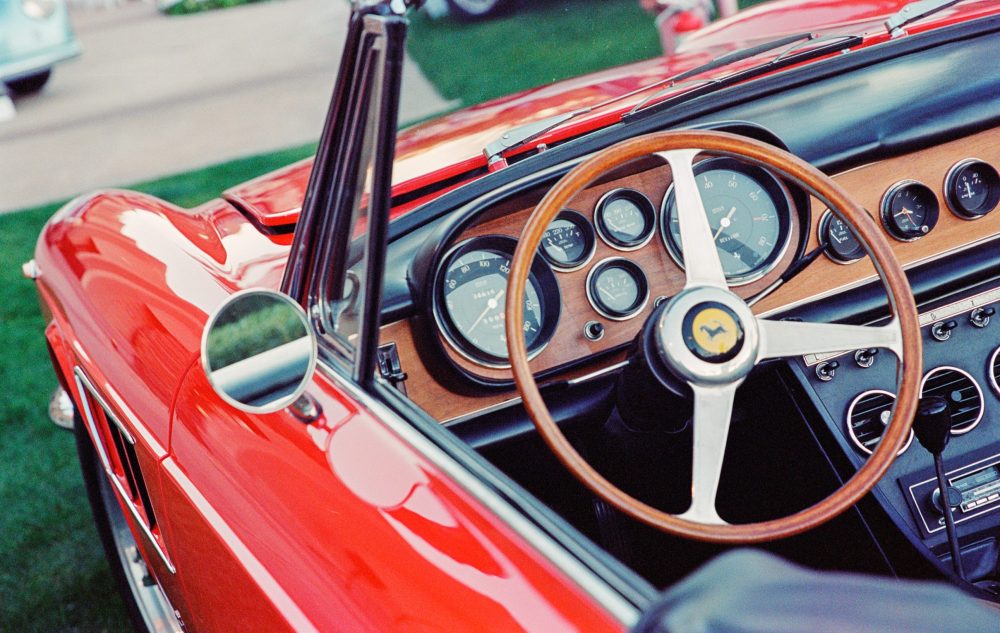 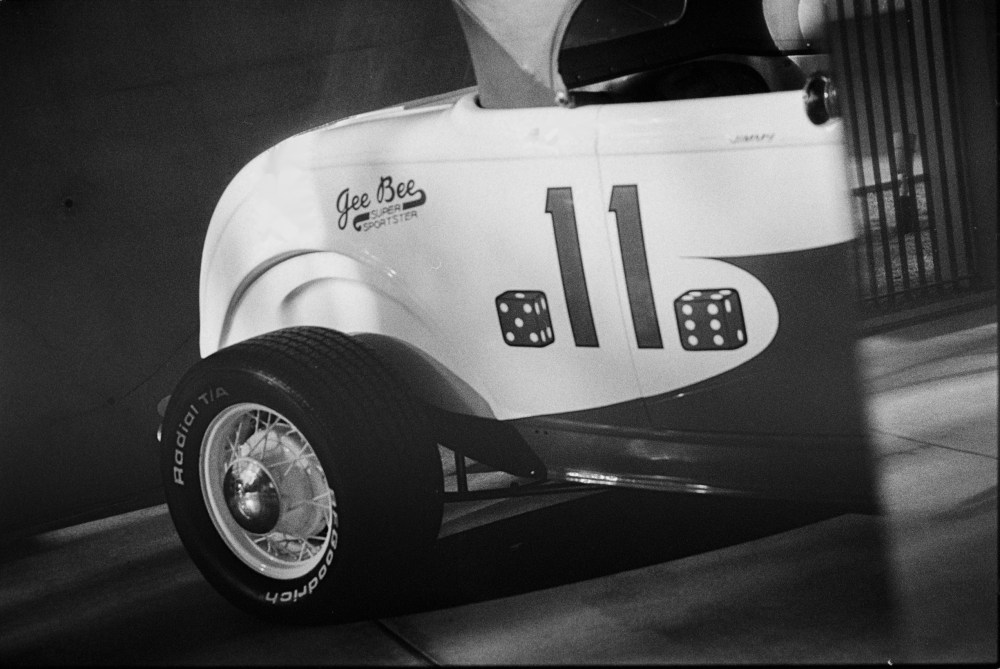 What’s this car? Why did they do this? What’s a HEMI? And so on and so on. I’m almost positive my father had a moment of “what have I done?” after nearly a full hour of walking around and doing his best automotive encyclopedia impression. I knew nothing about the business/hobby/etc. of buying and selling cars, and I certainly did not know why two cars that looked 100-percent identical to me could have vastly different values. 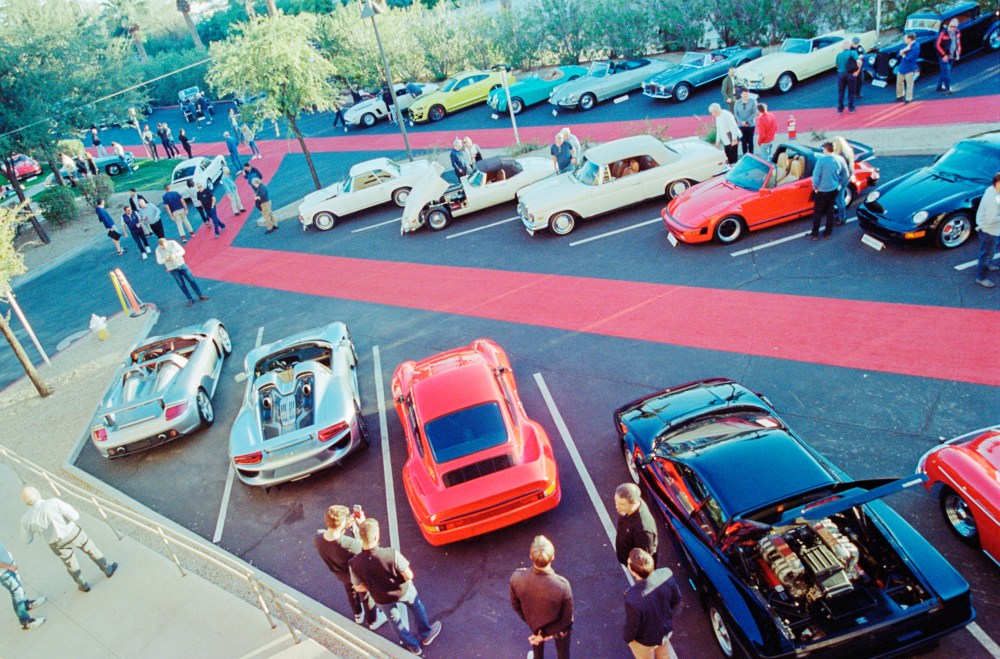 But none of that mattered to me… And frankly, it still doesn’t quite get me going as much as other things (ahem… racing). And you know what? That’s ok. I don’t have to be fully involved in something to appreciate and enjoy it. 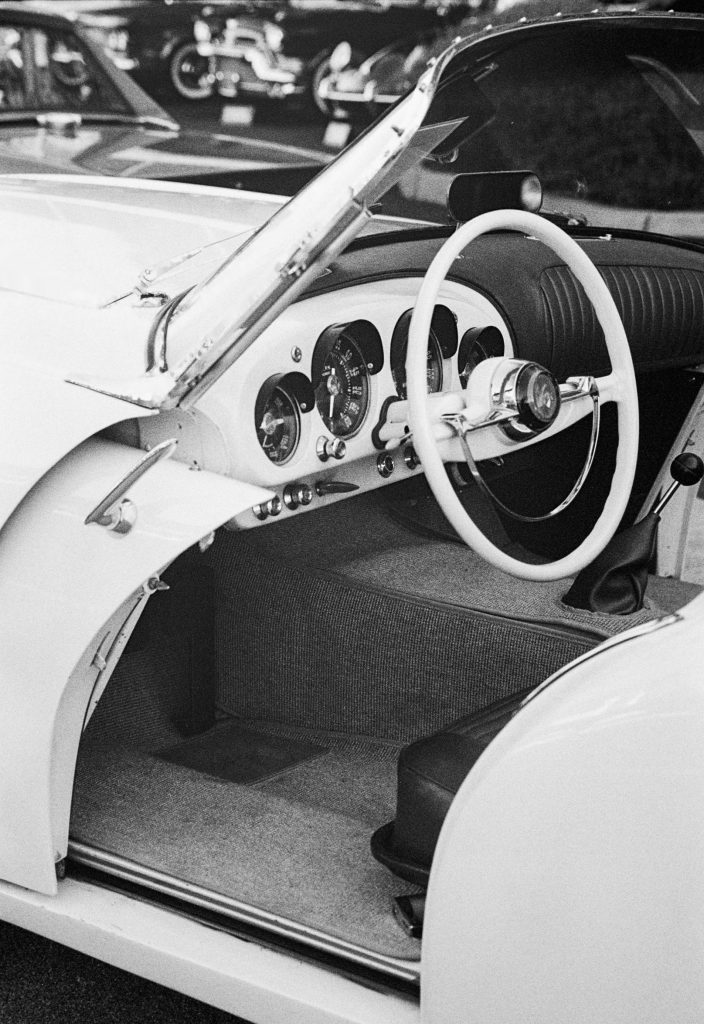 I’m perfectly happy to grab my camera, turn my brain to inquisitive mode, and experience the uniqueness that each auction offers. It was (and continues to be) an incredible opportunity to learn about and experience hundreds of cars in a given day.

Deep down I am still that little kid that wants to experience anything and everything automotive (things with two wheels too… and even some things without wheels). I refuse to disregard something simply because it is not my taste; why? Because each and every time I have pushed myself into those worlds I am not familiar with or don’t prefer, I learn something new and connect with it in a novel way.