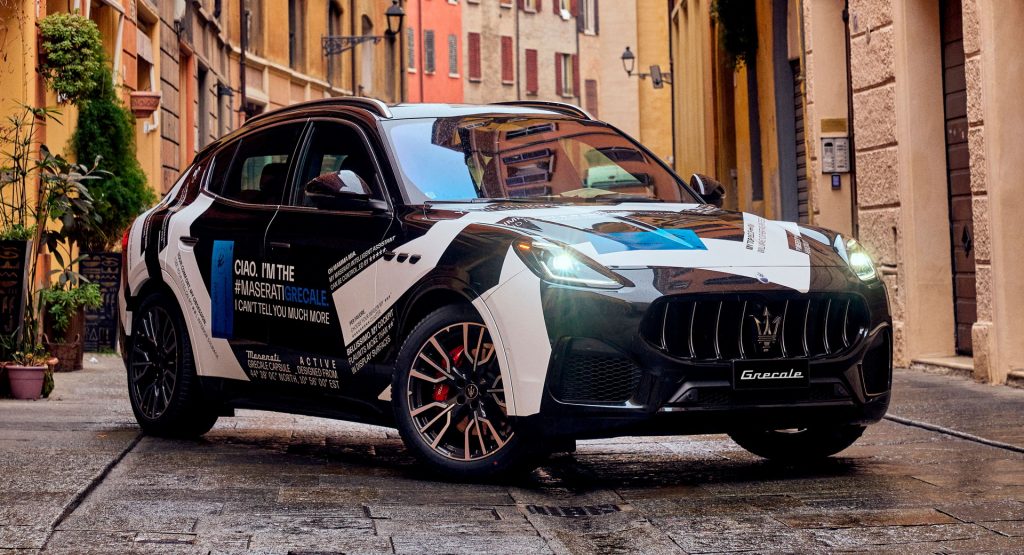 Maserati is showing off the upcoming Grecale once again ahead of its long-awaited debut next month. The crossover will officially be revealed on March 22, 2022.

Still wearing camouflage, this is a new and less intense wrap that reveals much more of the vehicle than previously as the grille, the lights, and much more are all visible now.

The camouflage also hints at some of what’s coming. It suggests that the vehicle will get voice assistance technology and plenty of speakers. More precise information is hard to glean as a result of the deliberate censoring of messages like “More than **** mm legroom. Si, size matters.” 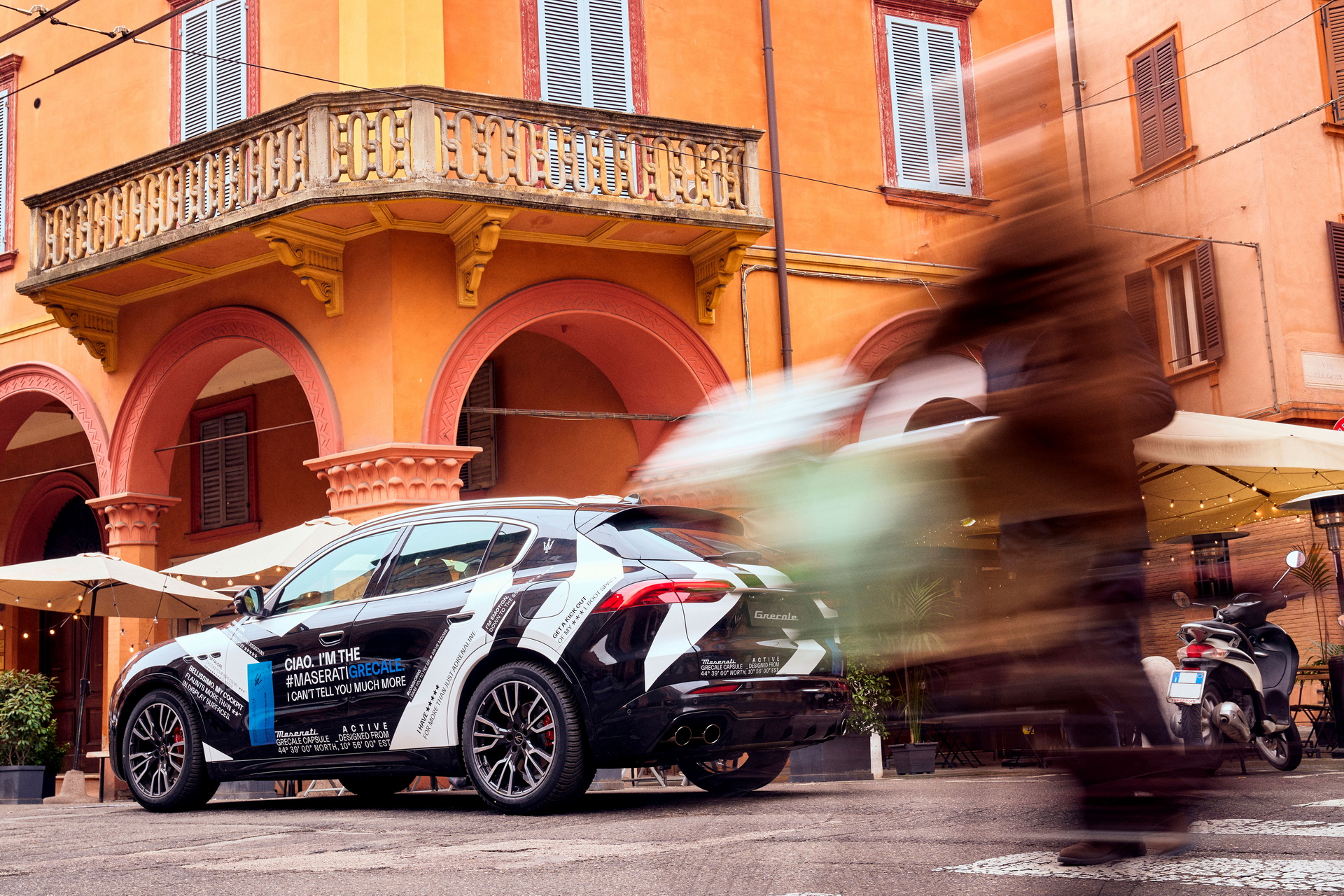 Despite the hints, official specs won’t be revealed until next month, as the message on the camouflage (“I’m the Maserati Grecale. I can’t tell you much more”) indicates.

We do know, however, that the Grecale will sit under the Levante in Maserati’s range and will be based on the same platform as the Alfa Romeo Stelvio. Maserati is expected to offer gas, hybrid, and fully electric versions of the vehicle.

The internal combustion models are expected to get four- and six-cylinder engines with mild-hybrid technology. The automaker has confirmed that the Grecale Trofeo variant will top the range and will be sold alongside the GT and Modena trims.

Maserati first intended to reveal the Grecale on November 16, 2021. That date was pushed back as a result of the semiconductor shortages that continue to affect the industry. The automaker had not revealed the precise date of the vehicle’s debut until today.