After rebranding from Toro Rosso back in 2020, AlphaTauri is now on their third season in Formula 1. Their entry for 2022, the aptly-named AT03, will be driven by Pierre Gasly and Yuki Tsunoda, and could prove to be a force to be reckoned with when it eventually hits the track next month.

Curiously, while their sister team Red Bull used what is very clearly just a repainted version of the F1 show car, AlphaTauri debuted a car that displays a significant number of differences from the model. That being said, the images of the AT03 are just renderings, and seeing as Red Bull was a top team last year, they have more to lose from showing their hand too early, so we can understand why they’d keep the RB18’s true design under wraps.

See Also: Haas Unveils The VF-22 Previewing Their Entry For The 2022 F1 Season 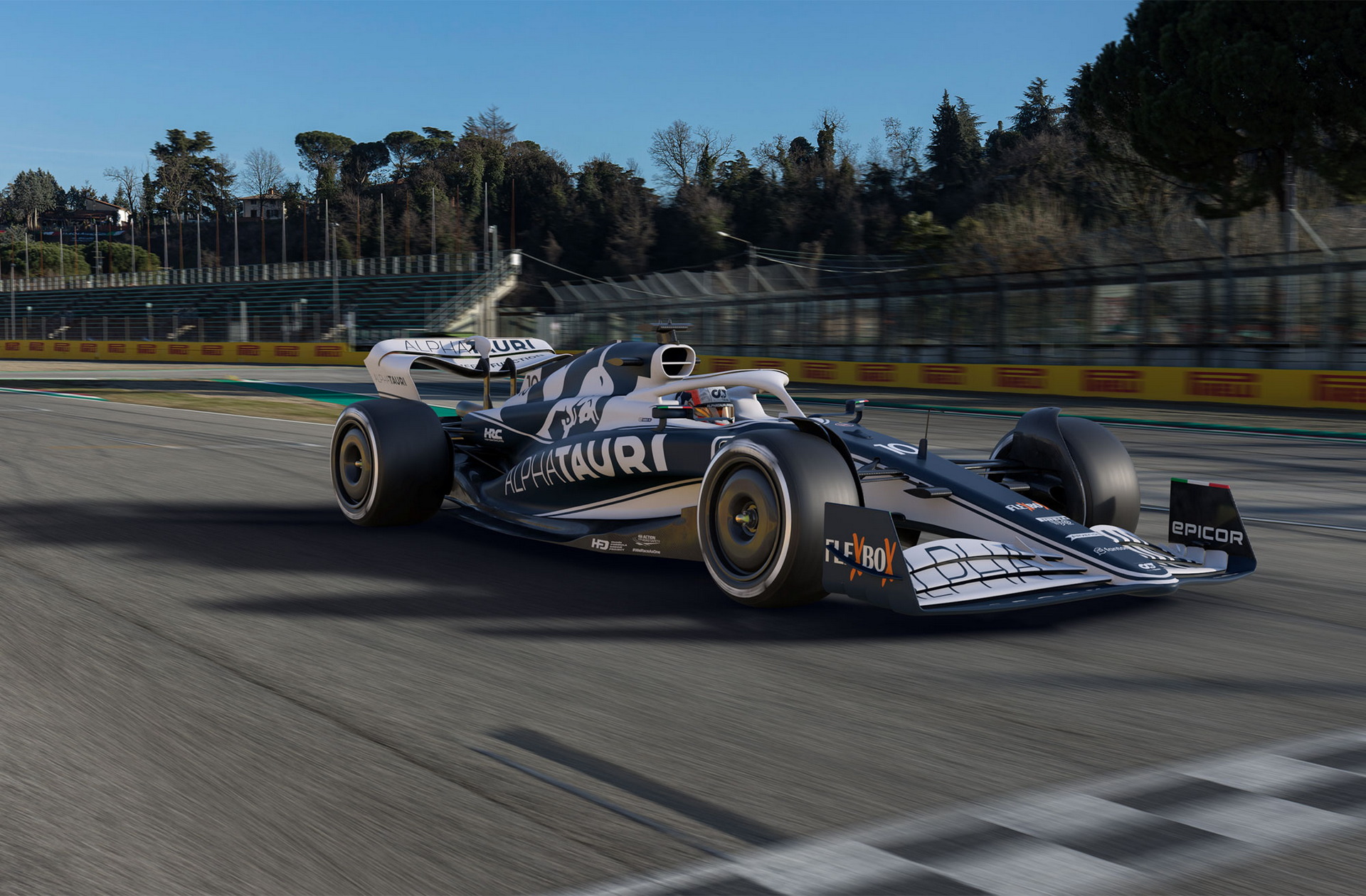 Going back to the AT03, though, some of its unique design elements compared to the other 2022 cars we’ve seen so far include an undulating engine cover, square side pod intakes, and probably one of the curviest rear wings of any of the non-show cars save for the McLaren. Certain elements, though, like the front wing, appear to be simplified to a point that we’d imagine even this car has a bit more to hide. 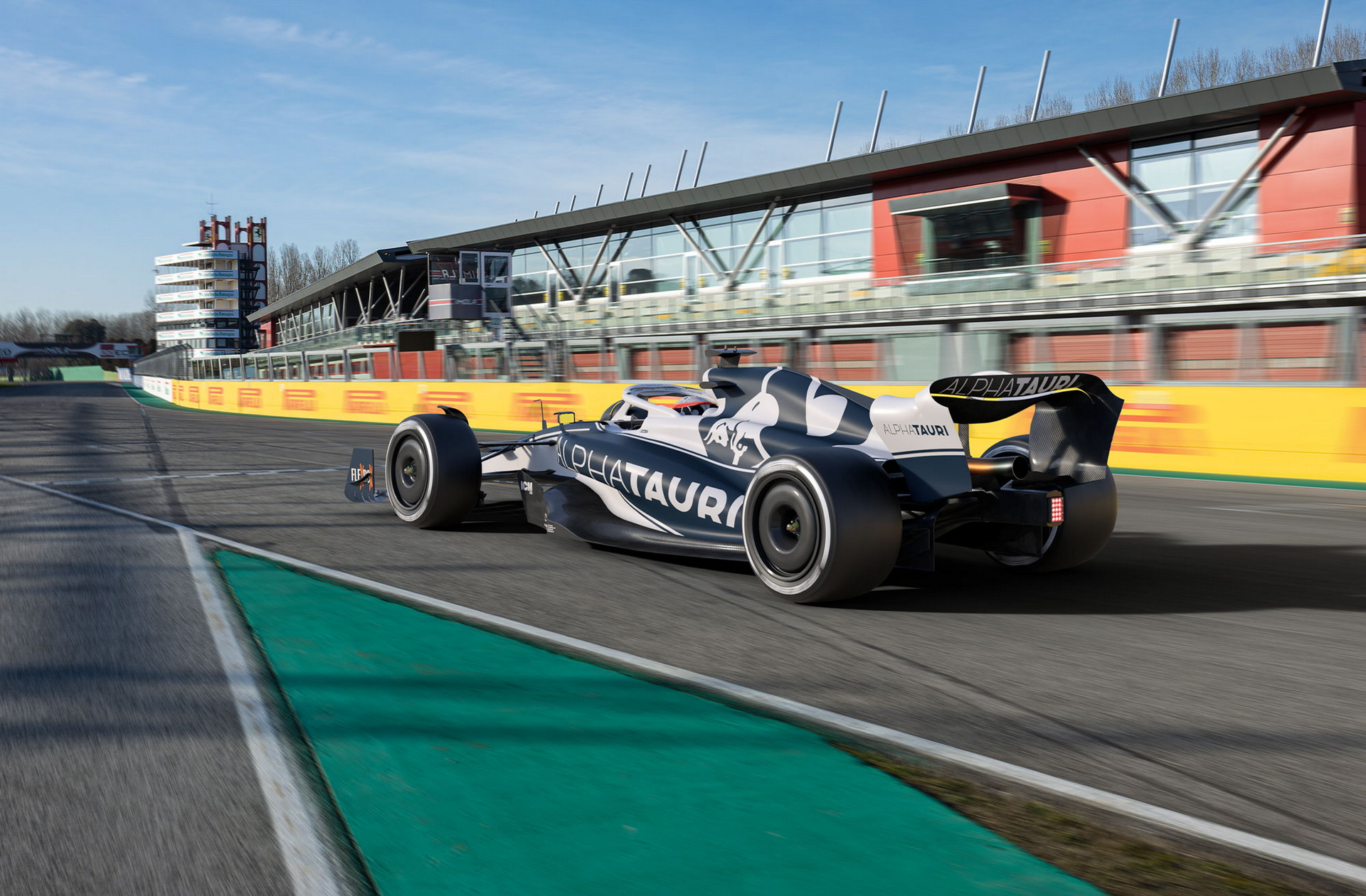 As for the livery design, it’s fairly similar to last year’s with a predominantly blue body set off by white accents, only the graphics now flow more to accommodate the new bodywork. Unfortunately, though, as slick as the car’s color scheme is, it’s lacking arguably one of the best details from last year’s car: the white wheels (or wheel covers, as they would be in the AT03’s case). But with the larger wheel diameter and added surface area of the solid wheel covers, we can at least somewhat understand why they wouldn’t go with white.

There are still 5 teams that have yet to reveal their cars, and all of them have confirmed launch dates, which are as follows: