Despite all technological advancement, a glimpse into the future is impossible. A fresh exception to this rule of law is offered at traditional Motor Shows, such as the Geneva Motor Show 2018, where producers show their customers what they can expect in the next few years with impressive concept cars. 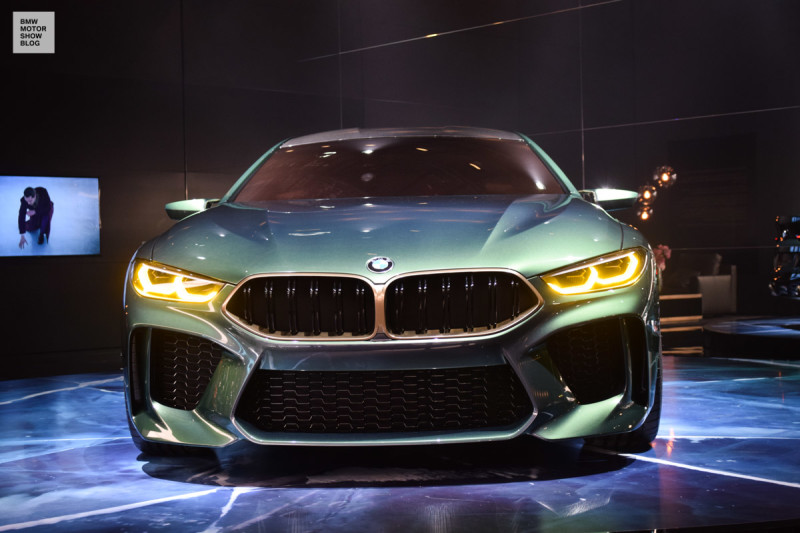 BMW’s stand shows a future that is without doubt especially rosy – with the new BMW Concept M8 Gran Coupé, the Concept Z4 as well as the luxury SUV Concept X7 iPerformance the Bavarians present three spectacular BMW concepts that emphasize how the brand will develop in regard to design.

A special highlight of the press conference on the 6th of March was the surprise premiere of the M8 study. With a focus on the upper end of the model range, BMW intends to dramatically increase their product campaign – and establish a new luxury model family together with the 8-series Coupé as well as the now announced four doored 8-series Gran Coupé.

The in iridescent “Salève Vert” varnished Concept M8 Gran Coupé expresses self-confident sportiness from all perspectives. Details like the yellow headlights were adopted by the new study from the endurance race car M8 GTE and easily emphasize the seriousness of its dynamic intent. 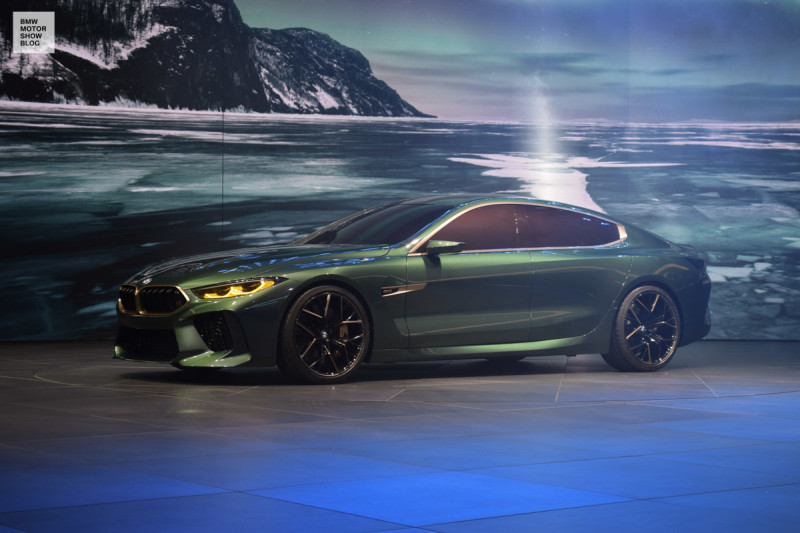 BMW has initially foregone releasing news about the motor technology and the performance of the coming-up M-models during the study’s introduction. A view of the interior of the four door Coupé is denied to visitors as well – the BMW Concept M8 Gran Coupé is strictly exterior. 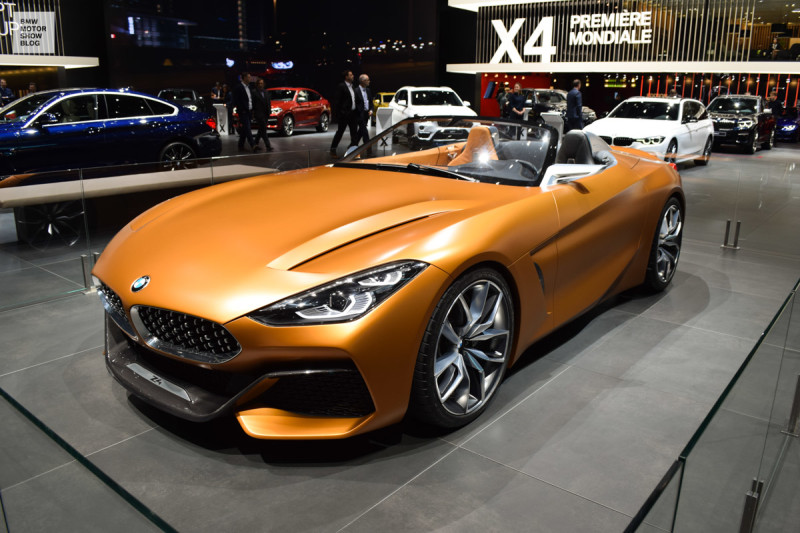 A few classes under the pending top sports car, the BMW Z4 will make big waves in the near future. Until this day comes, the BMW Concept Z4 – introduced to the public at the IAA 2017 – whets the appetite for a third generation with a gorgeous design and a BMW typical driver-oriented interior.

With little in common with the Z4, yet also initially introduced in Frankfurt, the BMW X7 will in fact similarly to the beautiful roadster give up its existence as a study. The luxury off-roader will go into production in this same year.

The BMW Concept X7 iPerformance’s interior combines utility and travelling luxury in the spacious seven-seater. All information regarding the outlook of the coming top-model of the steadily growing X family can be found here.

BMW at the Goodwood Festival of Speed Photo Gallery