Company recalls are not uncommon in today’s day and age, but when a manufacturer has to call its customers to park their vehicle outside of their home because it may catch fire; it becomes something that is not heard every day! And while as strange as it may sound this is exactly what is happening in the United States Of America as the South Korean automakers Hyundai and Kia have told the owners of nearly 485,000 vehicles that they should park their vehicles outdoors as there is a risk that their vehicles might catch on fire even when parked. 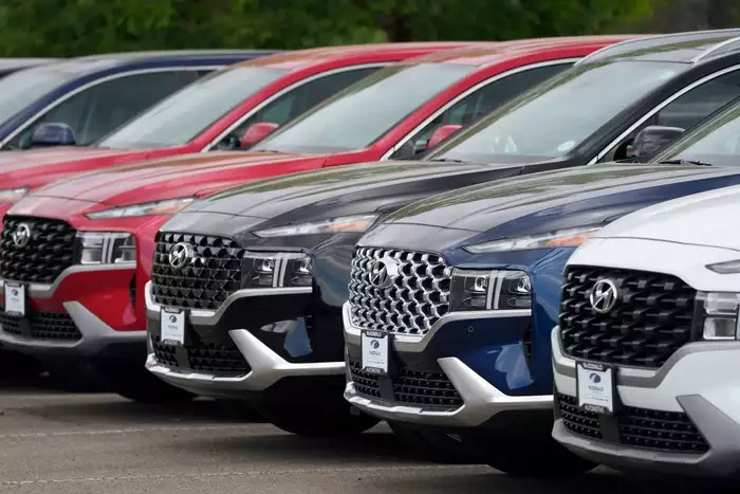 Both the manufacturers have attributed the reason for this warning and recall to a contamination in the antilock brake control module that can cause an electrical short. While the manufacturers have also revealed that the tally of affected vehicles which stands at 485,000 vehicles, includes models ranging from certain Kia Sportage SUVs from 2014 through 2016, and the 2016 through 2018 K900 sedan. While the recalled Hyundais include certain 2016 through 2018 Santa Fe SUVs, 2017 and 2018 Santa Fe Sports, the 2019 Santa Fe XL and 2014 and 2015 Tucson SUVs.

As of now, a total of 11 reports of fires have come forward in the United States and according to the U.S. safety regulators, none of these cases has reported any injuries. In addition, the regulators have also posted some documents regarding the same issue and have advised the owners of the aforementioned vehicles that they should park the vehicles outside and away from structures until repairs are made. As for the repairs, Hyundai dealers will be inspecting the control modules and will replace them if needed. Additionally, Hyundai is expected to start notifying its customers from April 5, while Kia expects to mail letters starting March 31.

This recent recall has now joined the list of the already long string of recalls that these South Korean automakers have issued in the last six years. Previously, both the manufacturers have issued several warnings and recalls for fire and engine failure problems in which they asked vehicles to be parked outside. Some of these recalls occurred in May of 2021, March 2021 and February 2020.

A series of investigations by the U.S. National Highway Traffic Safety Administration in the engine compartment fires that have plagued the Korean automakers instigated this latest recall and according to the documents released by the nonprofit Center for Auto Safety revealed that the Hyundai and Kia have initiated more than 30 U.S. fire and engine-related recalls since 2015 for more than 20 models from the 2006 through 2021 model years totalling over 8.4 million vehicles.