Although motocross races have been attracting great interest for years as one of the most extreme sports in the world – the race between the manufacturers of these special machines is always going on. The question is: Which of these motorcycle beasts is the best, or maybe it depends on the driver himself? Two giants stand out in this adrenaline sport – Honda Dirt Bike and Yamaha Dirt Bike – but which one is better?

Although both companies exist for many years – the battle for them is always ON. A lot of money is spent in motorsport – so we can say that there is not much difference between Formula 1 and Moto Grand Prix. However, these are not the only sports events where two-wheelers are represented. Some other races made a huge success, but even greater interest in motocross racing fans – who consider it to be even more attractive than the Classic Grand Prix. This is where Honda and Yamaha stand out from the rest of the competition – both in terms of power and models of bikes they use in various extreme conditions and situations.

Yamaha Or Honda – That Is The Question 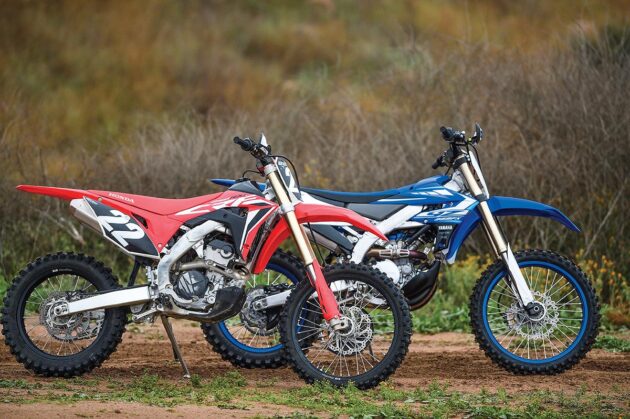 Although both of these manufacturers have a large number of models – we will focus on the most famous ones that are popular in the world of motocross sports. We will compare Honda Dirt Bike and Yamaha Dirt Bike and try to theoretically determine the difference, and which one is better. Of course, the conclusion cannot be compared to the situation on the field and extreme driving conditions – where the driver himself also contributes to the situation on the track. Nevertheless, theoretically determined technical advantages and statistics give us at least a theoretical chance to declare a winner in this fight. So, Yamaha or Honda? – That is the question.

To start making the basic differences between these two motorcycles from competing manufacturers – we need to go deeper into the history of their origin and the beginnings of production. Namely, Honda started its production a little after the Second World War – while Yamaha started its production a little later, in 1955. These were initially classic motorcycles – but very soon the production of racing models began, both for the Grand Prix and later for other adrenaline sports. The fact that no race can be imagined without Honda and Yamaha. This is especially true of races like Paris-Dakar, or driving 4,000 km in South America – or, at the moment, the most interesting race that runs through Saudi Arabia, where Honda’s motorcycle and Yamaha have their representatives. These engines are powerful enough to withstand driving in the desert – as well as snow, mud, and water.

How To Determine Quality And Reliability? 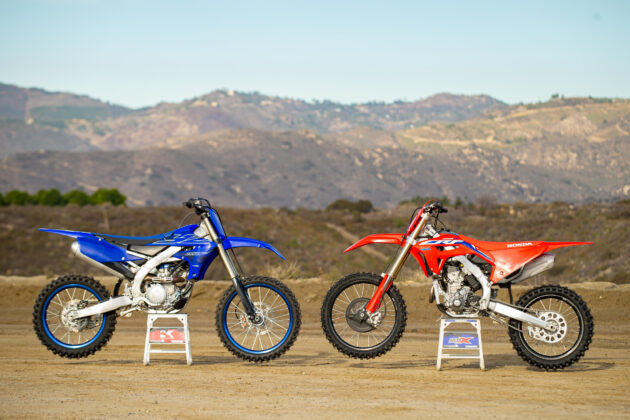 Many factors determine the quality and the assessment of which of these cross bikes are better. We need to rely on independent experts who have already made certain statements on this topic. According to motorcycle experts, quality and durability are affected by many factors. These are, first of all, the weight of the engine, then the chassis of the engine – as well as flexibility and shock absorbers that have a significant impact on driving on inaccessible terrain. Then, it is also very important whether it’s a 2 stroke or 4 stroke engine. All these things affect the final assessment of which of these two models should take precedence. Although in some segments they are very similar – they also differ in so many ways. You can click here, and see that there are still significant differences between these two motorcycle crossovers – especially with certain models. And although both bikes are impressive – certain segments differ, and each model is determined by both quality and flaws.

Comparison Of The Two Well-Known Models: TTR 230 and CRF 230

Take for example Honda and Yamaha motorcycles TTR 230 and CRF 230. Both are made with a 223cc engine, with mandatory air cooling. These are some of the items that these engines have in common and similar – and yet they are still different in some other features. Both engines have enough power to cause you an adrenaline jump while driving – but they also control the noise very well, not to confuse the driver himself. Yamaha’s cross bike model is slightly heavier compared to Honda, but this is not a significant difference when driving or controlling the revolving system – which, in many cases, depends on the driver. What we need to know about these models of motocross bikes – is that the power and speed development are determined by the dependence on which terrain you ride them. In the case of these models, Yamaha reaches 112km / h – while Honda has a slight advantage of 120km / h. However, not everything is about speed. What makes a significant difference with Honda is the electric start, which is much easier and without twitching.

Although many experts recommend Yamaha’s model to start with because it is more economical and more affordable at the moment – there is still the vast majority of those who do not share this opinion. Namely, many believe that Honda is way safer for both professionals and beginners in this sport. The fact is that Honda has the safest braking system – which gives the driver far better control over the motorcycle. This is the most significant advantage over Yamaha – because the rear brake system greatly improves safety while driving and driving a motorcycle.

Considering that the Honda and Yamaha have very similar features – it is difficult to decide which motorcycle is better. Numerous factors such as cubic capacity, engine volume, size, etc. – must be taken into account. Therefore, even the minor advantages can judge when making a decision. The materials from which motocross bikes are made can give some advantage of one model over another. However, this is not crucial when it comes to safety and durability – and especially safety while driving. Therefore, we will ultimately give a certain advantage to Honda, which provides better control over the vehicle, and better stability – which means more to the drivers than the comfort offered by Yamaha. After all, safety while driving is more important.