The day’s main activity was exploring campsites along the High Gates Road.  This is the primary access road to a large portion of the 80+ designated campsites in the BANWR.

I found a couple of nice ones for possible future use.  Then I ran into a couple of volunteers for the Dept of US Fish and Wildlife, who were checking campsites and cleaning up as required.  They stopped to talk and we chatted about the campgrounds.  They even had a map of the area which only cost $5; and would prove a boon in terms of finding my way around the BANWR and surrounding lands.

The only pics I took were of a Hawk? or perhaps young Eagle?  Not sure, it was just sitting up in a tree, watching me watching him. 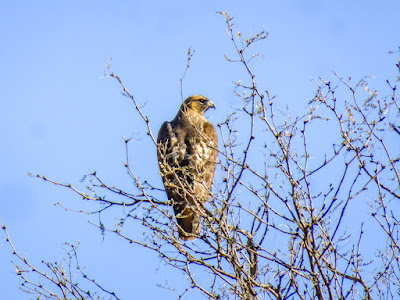 The rest of the day was spent back at the campsite, a short nap was involved this time and some watching of a movie on Paramount+.

I decided to go check out site #73, which the US Fish and Wildlife volunteers had mentioned as being a pretty nice site, away from the main groupings of sites but still inside the BANWR boundaries.

I drove Scarlett, my 2014 Ural Patrol Sidecar Rig the 8 miles or so to the main entrance for the BANWR and across the highway was FR201.  I took FR201 a short distance on a nicely smooth dirt road and found site #73, but it was occupied by day users with their truck pulling a trailer with an ATV on top.  Oh well.

It was indeed a nice site though, I bit exposed to the weather but nice views:

So I continued on, to check out Site #74 which was two miles away further south along FR203.  It turned out to be such a nicely secluded site that I turned right around and headed back to the campsite to pack up and move!

I’d been toying with the idea, you see, of displacing on Sunday either to a site along FR227 (High Gates Road) or even moving on to the Organ Pipe Cactus National Monument.

Now, I can complete the full two weeks here in the BANWR area and still get in a different camping venue. 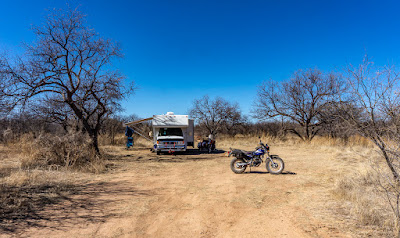 One hill to the south, perhaps a 1/4 mile from the campsite, is this tall tower which I believe is operated by the Border Patrol. Here’s a closeup of what I believe are cameras of some sort atop the tower, this angle is from the direction of my campsite or north: 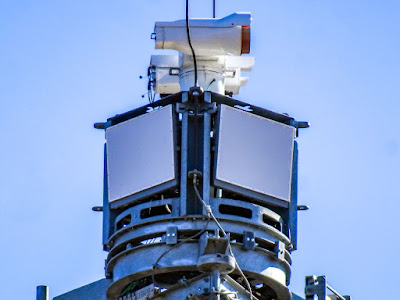 Here’s a view of the southern facing portion of the tower’s equipment: 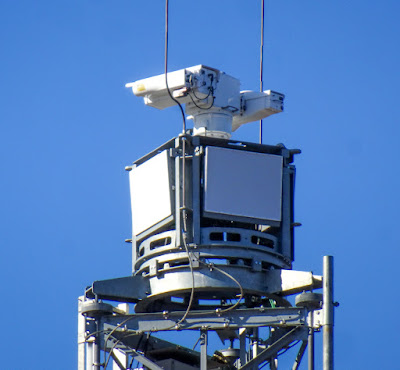 Interestingly, the cameras appeared to be oriented west by northwest….not south.

After setting up camp and resting a bit, I rode out on Yagi, my TW200 Dual Sport to explore FR 203 and the FR205 which eventually dumps you between Mile Marker 2 and 1 on AZ Highway 286.  It’s a very smooth dirt road ad the last couple of miles are a bit twisty, making things fun as well.

After checking out the tail end of what I believe is FR281 from FR207 I decided to turn around (it got pretty technical) and retraced my way back to FR205/203. 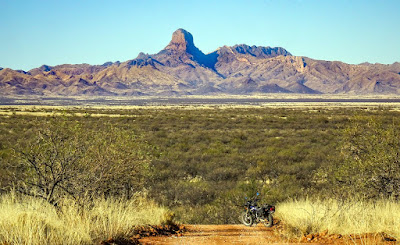 I rode all the way back to Site 73 to see the day users packing up their ATV.  So I guess the site is available, but I think I’ll be staying where I’m at.

More exploration of trails and campsites to come in the next day or so.