SUV owners often overestimate the capabilities of their vehicles. This is what happened here. An Audi Q5 Quattro owner thought that it would be a good idea to visit the beach in the car. The car was rescued by camels.

The video by Crazy XYZ shows a stuck Audi Q5 Quattro between Somnath and Dwarka in Gujarat. The group was travelling when they spotted the beach along the highway and decided to take the Audi there.

It was a slope down to the beach but the owner of the car says since it is a “4X4” car, they thought that it will be alright to bring the car on the beach. However, the car got stuck royally and was completely beached.

Since it was very late in the night, they could not find any help. At first, they tried calling a tractor or a JCB but could not find one. Later, they had to call two camels for the rescue mission.

The camels were tied to the tow hook of the vehicle from the front. Later the camels pulled the car out in two attempts. We are not sure if the group knew anything about getting the car out of there. Since we can see that they did not reduce the air from the tyre, which is one of the first things to do on such surfaces to increase the contact area, we doubt that they have ever been in such a situation before. 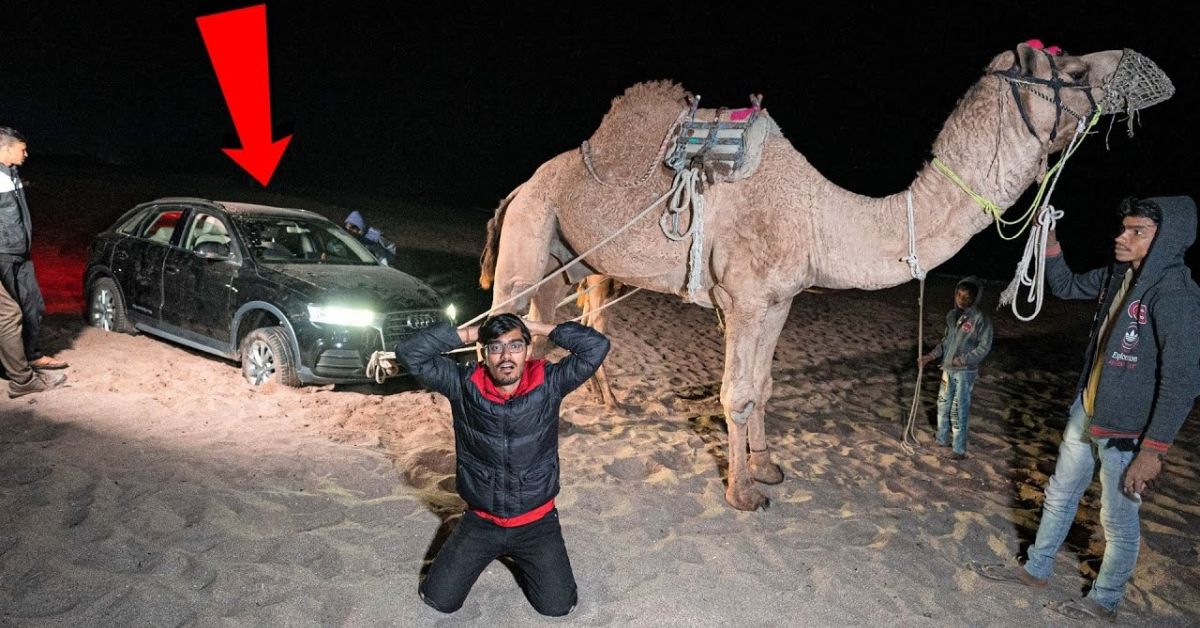 AWD is not proper 4X4. AWD systems are designed to go on slick surfaces in cold countries. It makes the car much more capable in icy conditions. However, a few manufacturers also AWD for performance and perfect handling. Yes, AWD is more capable than 2WD cars but they cannot tackle such surfaces.

4X4 gear systems have a proper low-ratio transmission that can multiply the torque output by several times and make the car much more capable. AWD cannot do proper off-roading while 4X4 are designed to reach extreme situations.

But 4X4s can get stuck as well

If you believe that 4X4 vehicles cannot get stuck at beaches or such places then that is wrong. Even 4X4 vehicles that most of us believe to be the most capable vehicles can also get royally stuck. That is why it is always important to always be careful and know the limits of the vehicle before taking them to unknown terrain.

One should always take precautions like keeping traction boards and even bringing a rescue vehicle before entering an unknown off-roading track or trail. Interestingly, this group had another vehicle – a Tata Safari. But since it is an FWD vehicle, it could not be of much help in the rescue mission.