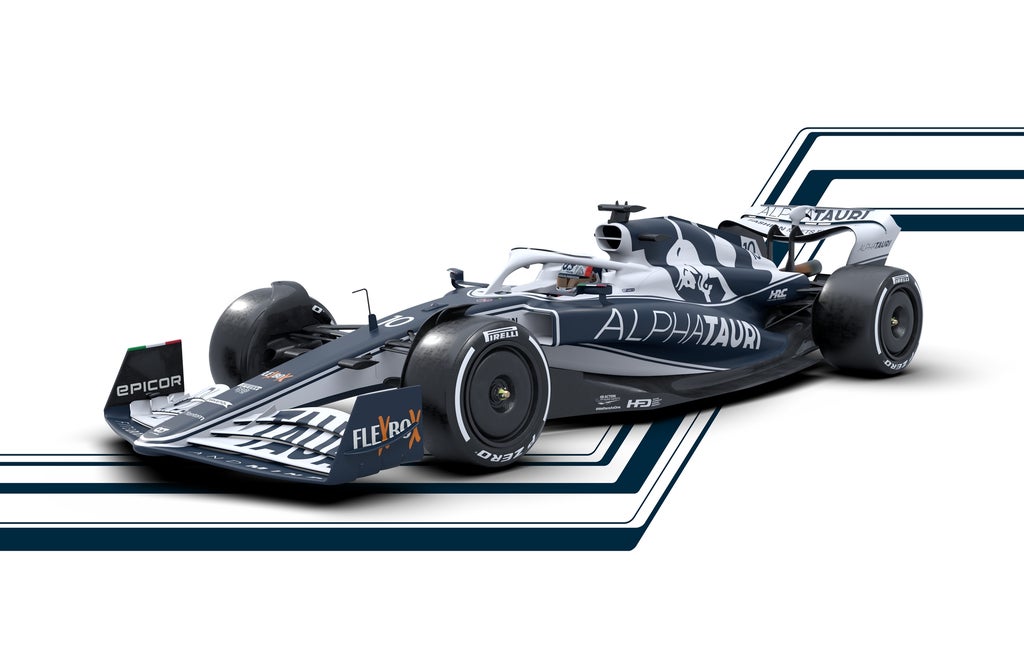 Alpha Tauri has launched its new AT03 Formula 1 car ahead of the 2022 campaign.

The Italian squad is the sister team of Red Bull is was rebranded from 2020 onwards in order to promote the fashion brand operated by the same parent company.

The team finished seventh in the constructors’ standings in the 2021 season and is hoping that its revamped challenger can continue the strong progress the team has made across the past couple of seasons.

2022 sees F1 undergo a significant regulation change which has led to a completely new era of car design, meaning there is potential for the grid order to be shaken up and for Alpha Tauri to challenge further up the grid order. That will require the team to have nailed the finer details of the transition, though.

The AT03 was revealed via a video render in the form of a trailer that half revealed the new car, and half promoted the team’s namesake fashion brand. That means that the team has taken a leaf out of Red Bull’s book and shown off what appears to be a ‘showcar’ version of its 2022 challenger, which allows it to hide any aerodynamic choices from its rivals ahead of the first pre-season test beginning at Barcelona on 23 February.

The livery Alpha Tauri are going with for 2022 is largely similar to the design from last time out, with an upper white blue colour block topping a field of navy which drops towards the nose. The Italian flag is incorporated for the first time though on the tips of the front wing endplates, reflecting the Faenza-based squad’s heritage.

Driver Pierre Gasly scored a strong ninth-place in the drivers’ championship in 2021, and regularly challenged rivals in faster machinery in qualifying. Now the Frenchman is eager to see how the AT03 handles on track.

“This year sees a huge change to the car as, due to the new regulations, the look and design is completely different, so the team has had to start from a clean sheet of paper,” the 25-year-old said. “We won’t know the true performance of the AT03 until we get it out on track at pre-season testing in Barcelona but so far, I think it looks great and I am very excited to get this new season started.”

Gasly’s Japanese team-mate Yuki Tsunoda, meanwhile, is hoping to improve on a rookie season in which occasional flashes of strong raw pace were contrasted with a string of spins, errors and team radio outbursts.

The first race of the 2022 Formula 1 will take place at the Sakhir International Circuit in Bahrain on the weekend of 18 March.