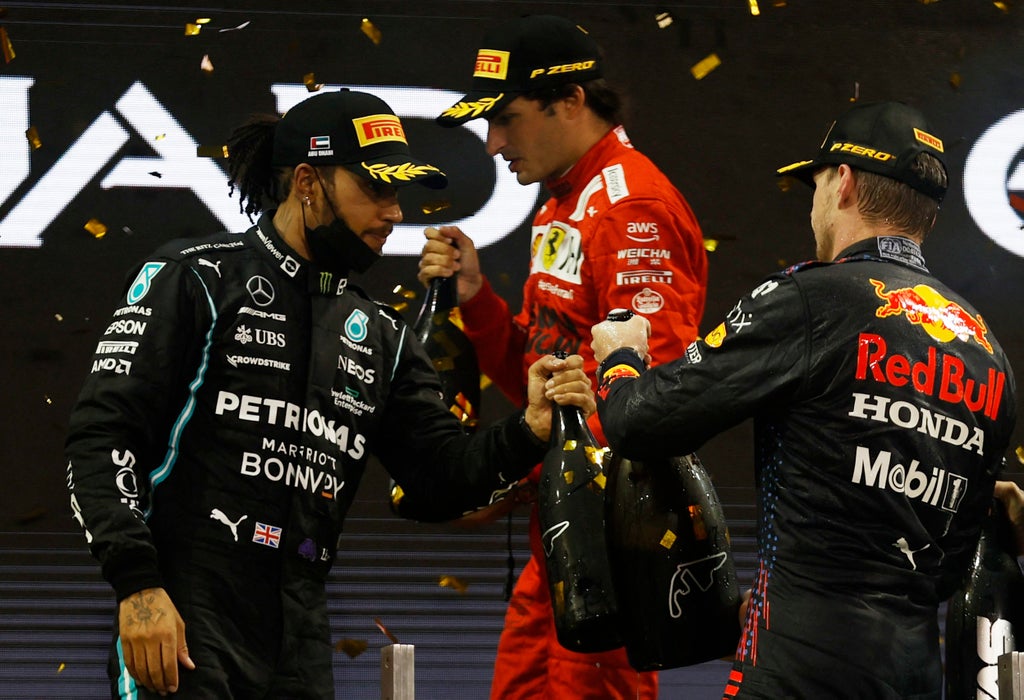 Lewis Hamilton was “really struggling” on the podium at the Abu Dhabi Grand Prix after the controversial final lap which saw Max Verstappen snatch the world title away, Ferrari driver Carlos Sainz has revealed.

Hamilton was on course for a record eighth F1 championship before a safety car deployment saw his huge race lead cut. FIA race director Michael Masi then applied a controversial interpretation of the rules to create a final-lap showdown, which Verstappen won on fresher tyres.

“Losing the title on the last lap like that, it’s just hard to accept,” Sainz, who finished third, told Corriere Della Sera. “I respect [Hamilton] more than before for the way he managed to do it. We had a few words on the podium, he was really struggling.”

Sainz said he “felt bad” for Hamilton and called on the sport’s authorities to do more to ensure such contentious situations didn’t cloud results in the future.

“We must not repeat the same mistake,” Sainz added. “Every football match generates controversy. We need to prevent F1 from approaching that kind of tension. But I don’t think the situation is disastrous, I’m convinced that it is improving.”

The way the race unfolded in currently being investigated by F1’s authorities in a bid to learn lessons for the future.