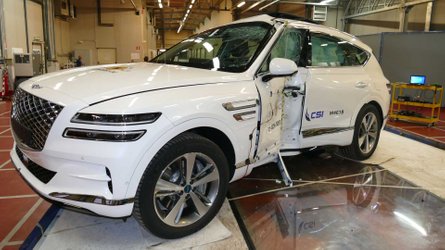 Most of the time when we mention the National Highway Traffic Safety Administration in our articles, it’s because of a new recall the organization is issuing. However, the NHTSA has other even more important activities, including monitoring traffic deaths in the United States. The agency has just released the numbers for the first nine months of 2021 and they are not good.

An estimated 31,720 people died in crashes from January through September last year, which represents a significant increase of about 12 percent compared to the same period in 2020. NHTSA says this is the highest projected number of fatalities for the first nine months since 2006. Even worse, this increase is the highest percentage increase for the period in the NHTSA annual analysis’ history.

“This is a national crisis,” Transportation Secretary Pete Buttigieg comments. “We cannot and must not accept these deaths as an inevitable part of everyday life. The good news is we now have a strategy, as well as the resources and programs to deliver it, thanks to the President’s Bipartisan Infrastructure Law. The National Roadway Safety Strategy is America’s first-ever national, comprehensive plan to significantly reduce deaths and injuries on our roads.”

Last month, the US Department of Transportation announced the so-called National Roadway Safety Strategy (NRSS), which aims to battle the national crisis in roadway fatalities and serious injuries. The plan proposes concrete measures in an attempt to avoid those fatalities and heavy injuries, including building and maintaining safer roads, rulemaking on automatic emergency braking and pedestrian automatic emergency braking, and investing in road safety.

Back to NHTSA’s report, it concludes that traffic deaths increased in 38 states around the country and remained flat in two states. Just 10 states saw a decrease in traffic fatalities during the first nine months of last year compared to 2020. It’s important to note that, according to the safety organization, the miles traveled during that period increased 11.7 percent from the same time in 2020.